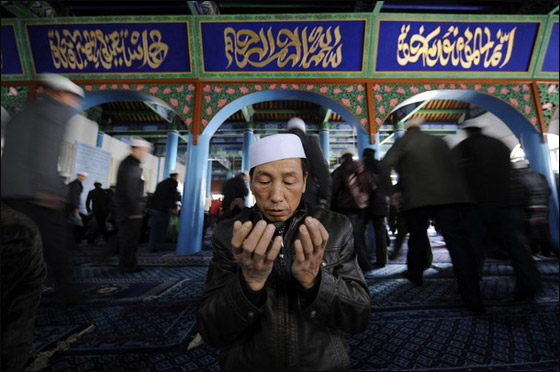 Western China is far from the happiest place in which to be Muslim right now. At the end of December, police killed seven people in Xinjiang, an area traditionally dominated by the Uighur Muslim ethnic group, using some very sketchy justifications. Days later, the government destroyed a mosque in Ningxia that was just set to reopen after refurbishment, prompting a fight in which at least two more people were killed. The details available on these events have been sparse and often in stark contradiction. It might seem as though we have wandered back in time to the Cultural Revolution, but we’re looking at a very twenty-first century brand of Islamophobia, infused with a legacy of ethnic tensions.

What happened in Xinjiang? The state claimed that police officers confronted a group of fifteen men who had kidnapped two people, and the kidnappers were Muslim extremists or terrorists off to “jihadist training” across the border. Government media sources and spokespeople refuse to specify the ethnic origins of the fifteen. One police officer was also killed.

To read the rest of this story go here.