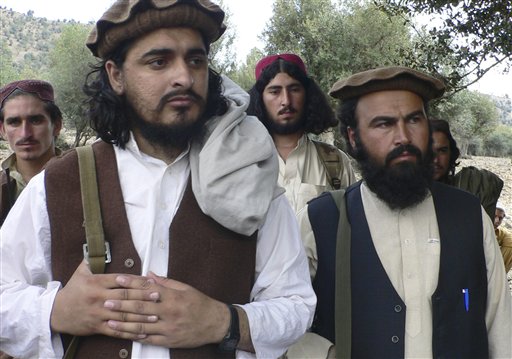 LADHA, Jan 2: All jihadi groups, in consultation with Islamic Emirate Afghanistan (shadow Taliban government in Afghanistan), have decided to set up a committee to set aside differences in their ranks and step up support for war against western forces in Afghanistan.

The decision was taken at a meeting of the Taliban Shura held at an unspecified place on Monday. A statement issued in the form of a pamphlet to the media in Waziristan after the meeting said: “All Mujahideen — local and foreigners — are informed that all jihadi forces, in consultation with Islamic Emirate Afghanistan, have unanimously decided to form a five-member commission. It will be known as Shura-i-Murakbah.”

Spokesman for the Tehrik-i-Taliban Pakistan Ihsanullah Ihsan confirmed that the meeting had been held and the statement dated Dec 31 was issued after approval by Taliban’s supreme leader Mullah Omar.

The sources said the committee had been formed to resolve differences among various militant factions, regroup them and investigate killings on spying charges and excesses, if any, committed by the Taliban against local people.

“All Mujahideen, local and foreigners, are informed that they should desist from killing and kidnapping for ransom innocent people and cooperate with this committee in curbing crimes. If any Mujahid is found involved in unjustified killings, crimes and other illegal activities he will be answerable to Shura-i-Murakbah and will be punished in accordance with the Shariah law,” the statement says. The sources said the high command of Pakistani and Afghan Taliban had been trying for two months to reach an agreement on uniting different factions. The first meeting in this regard was held on Nov 27 in Azam Warsak near Wana. It was attended by Waliur Rehman Mehsud, Hakeemullah Mehsud, Mulla Nazir, Abu Yehya Al Libi and Abdur Rehman Al Saudi of Al Qaeda and Sirajuddin Haqqani of the Haqqani network.

Talking to Dawn on phone from an unspecified place, TTP spokesman Ihsanullah said the Mujahideen groups had reposed their confidence in the leadership of Mullah Muhammad Omar and recognised him as the leader of Afghanistan.

He said the TTP would send its fighters to Afghanistan after March for waging jihad against “US-led infidel forces”. The spokesman denied a media report that the Taliban would not attack Pakistani security forces. “It was a misleading and incorrect report.” He said the meeting had decided that militants would target the Americans and their allies in Pakistan as well as Afghanistan.

Ihsanullah said the Taliban would also take revenge of what he called humiliation by security forces of tribal women, men and Mujahideen in the ongoing operation in Khyber agency.

It may be recalled that a rift occurred among Taliban groups when Mulla Nazir expelled Uzbek and Masud militants from Wana subdivision after striking a deal with the government during the operation Rahe Nijat. However, Gul Bahadar and Maulvi Sadiq did not oppose the shifting of Mujahideen from South to North Waziristan.

AP adds: “For God’s sake, forget all your differences and give us fighters to boost the battle against America in Afghanistan,” senior Al Qaeda commander Abu Yehya Al Libi told Pakistani fighters at the meeting, according to a militant who attended it.

Statement of Islamic Emirate of Afghanistan Regarding Negotiations

By Islamic Emirate of Afghanistan.

January 03, 2012 “Islamic Emirate of Afghanistan” — It is a unambiguous reality that the Islamic movement of Taliban arose to establish an Islamic system in Afghanistan, uproot injustice, eradicate narcotics and the local writ of gunmen, strengthen security and to form national unity and with the help of Allah and with the backing and sacrifices of the nation, it was able to eradicate corruption and establish an Islamic government in the various provinces and the capital in a very short period of time. It almost completely eliminated the years of strife and fragmentation in the whole country and was able to bring ninety five percent of the country under the control of the central government. The Islamic Emirate of Afghanistan has always tried to solve the problems with the opposition through talks.

The ongoing issue in the country which came about ten years ago has been between two fundamental elements: on the one side is Islamic Emirate of Afghanistan and on the other is the United States of America and its foreign allies.

The stance of Islamic Emirate of Afghanistan from the beginning has been to bring about the end of the invasion of Afghanistan and to let the Afghans establish an Islamic government of their own choosing which does not pose danger to anyone. Through realization and understanding, Islamic Emirate of Afghanistan has time and again made clear its stance to other nations and has persistently said that the allied nations under the leadership of America will never be able to subdue the Afghans by force in order to realize its aims. We are at the moment, besides our powerful presence inside the country ready to establish a political office outside the country to come to an understanding with other nations and in this series, we have reached an initial agreement with Qatar and other related sides. Islamic Emirate has also asked for the release of its prisoners from the Guantanamo prison in exchange basis.

Apart from this, the perturbing reports spread by some news agencies and western officials about negotiations have no reality and are strongly rejected by Islamic Emirate of Afghanistan.