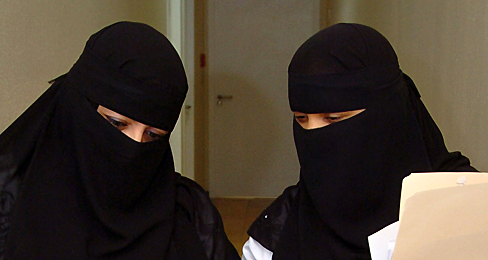 RIYADH: Women in Saudi Arabia will not need a male guardian’s approval to run or vote in municipal elections in 2015, when Women will also run for office for the first time, a Saudi official said today.

The change signifies a step forward in easing the kingdom’s restrictions against women, but it falls far short of what some Saudi reformers are calling for.

Shura Council member Fahad al-Anzi was quoted in the state-run al-Watan newspaper saying that approval for women to run and vote came from the guardian of Islam’s holiest sites, the Saudi king, and therefore women will not need a male guardian’s approval. The country’s Shura Council is an all-male consultative body with no legislative powers.

Despite the historic decision by the king to allow women the right to participate in the country’s only open elections, male guardian laws in Saudi Arabia remain largely unchanged.

Women cannot travel, work, study abroad, marry, get divorced or gain admittance to a public hospital without permission from a male guardian.

The country is guided by an ultraconservative interpretation of Islam called Wahhabism.

Hatoun al-Fasi, a women’s history professor in Riyadh, said just the announcement that Saudi women can run for office and vote without permission will stir debate.

“It’s being brought up out of the blue and could open doors to discussions that we have enough of already,” al-Fasi said.