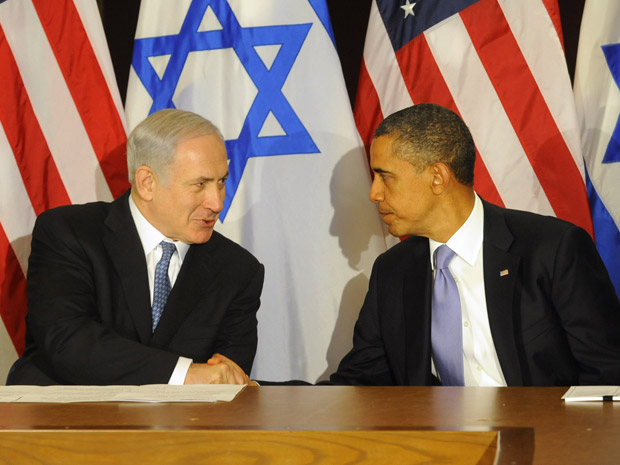 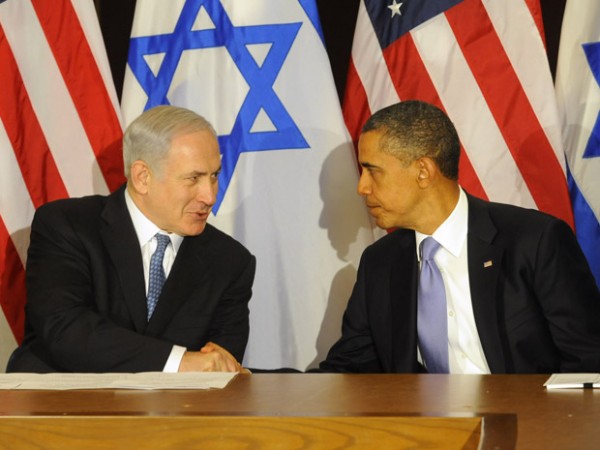 The encirclement of Syria and Lebanon has long been in the works. Since 2001, Washington and NATO have started the process of cordoning off Lebanon and Syria. The permanent NATO presence in the Eastern Mediterranean and the Syrian Accountability Act are part of this initiative. It appears that this roadmap is based on a 1996 Israeli document aimed at controlling Syria. The documents name is A Clean Break: A New Strategy for Securing the Realm

The 1996 Israeli document, which included prominent U.S. policy figures as authors, calls for “rolling back Syria” in 2000 or afterward. The roadmap outlines pushing the Syrians out of Lebanon, diverting the attention of Damascus by using an anti-Syrian opposition in Lebanon, and then destabilizing Syria with the help of both Jordan and Turkey. This has all respectively occurred from 2005 to 2011. This is also why the anti-Syrian March 14 Alliance and the Special Tribunal for Lebanon (STL) were created in Lebanon.

As a first step towards all this the 1996 document even calls for the removal of President Saddam Hussein from power in Baghdadand even alludes to the balkanization of Iraq and forging a strategic regional alliance against Damascus that includes a Sunni Muslim Arab “Central Iraq.” The sectarian nature of this project is very obvious as are its ties to opposing a so-called “Shiite Crescent.” The roadmap seeks to foment sectarian divisions as a means of conquering Syria and creating a Shiite-Sunni rift that will oppose Iran and keep the Arab monarchs in power.

The U.S. has now initiated a naval build-up off the Syrian and Lebanese coasts. This is part of Washington’s standard scare tactics that it has used as a form of intimidation and psychological warfare against Iran, Syria, and the Resistance Bloc. While Washington is engaged in its naval build-up, the mainstream media networks controlled by the Saudis and Arab clients of the U.S. are focusing on the deployment of Russian naval vessels to Syria, which can be seen as a counter-move to NATO.

Al-RamthainJordanis being used to launch attacks into Daraa and Syrian territory. The Jordanian Minister of State for Media Affairs and Communications, Rakan Al-Majali, has even publicly admitted this and dismissed it as weapons smuggling. For years, Jordanian forces have successfully prevented weapons from reaching the Palestinians in the Israeli-occupied West Bank from Jordanian territory. In reality, Ammanis sending weapons into Syria and working to destabilize Syria. Jordanian forces work as a frontline to protect Israel and the Jordanian intelligence services are an extension of the C.I.A. and Mossad.

According to the Turkish media, Francehas sent its military trainers into Turkey and Lebanon to prepare conscripts against Syria. The Lebanese media also suggests the same. The so-called Free Syrian Army and other NATO-GCC front organizations are also using Turkish and Jordanian territory to stage raids into Syria. Lebanon is also being used to smuggle weapon shipments into Syria. Many of these weapons were actually arms that the Pentagon had secretly re-directed into Lebanon from Anglo-American occupied Iraq during the George W. Bush Jr. presidency.

While foreign companies like Suncor Energy were forced to leave Libya, they have not left Syria. The reason for that these companies have stayed have been presented as being humanitarian, because they provide domestic local services in Syria. For example, Suncor Energy helped produce oil for export from Libya, but in Syria produces energy for local consumption. In reality, hostile governments are letting these companies to stay, because they siphon money out of Syria. They want to prevent any money from going in, while they want to also drain the local economy as a catalyst to internal implosion in Syria.

Along with the U.S. and its NATO allies, the Gulf Cooperation Council (GCC) is imposing sanctions that include an end to all flights to Syria. The GCC states and Turkey have joined the foreign ministries of NATO states in asking their citizens to leave Syria. Since the U.N. Security Council is no longer a viable route against Syria, the GCC may also try to impose a no-fly zone over Syria through the Arab League.

Turkey: NATO’s Trojan Horse and Gateway into the Middle East

Turkeywas present at the Arab League meeting in Morocco, which demanded regime change in Damascus. Ankarahas been playing a dirty game. Initially, during the start of NATO’s war against Libya, Ankara pretended to be neutral while it was helping the Transitional Council in Benghazi. The Turkish government does not care about the Syrian population. On the contrary, the demands that Turkish officials have made to the Syrians spell out that realpolitik is at play. In tune with the GCC, Turkeyhas demanded that Damascus re-orient its foreign policy and submit to Washington’s demands as a new satellite. Through a NATO initiative, the Turks have also been responsible for recruiting fighters against the Libyan and Syrian governments.

For several years Ankara has been silently trying to de-link Syria from Iran and to displace Iranian influence in the Middle East. Turkey has been working to promote itself and its image amongst the Arabs, but all along it has been a key component of the plans of Washington and NATO.At the same time, it has been upgrading its military capabilities in the Black Sea and on its borders with Iran and Syria. Its military research and development body, TUBITAK-SAGE,has also announced that Ankara will also start mass-production of cruise-missiles in 2012 that will fitted for its navy and forthcoming deliveries of U.S. military jets that could be used in future regional wars. Turkey and NATO have also agreed to upgrade Turkish bases for NATO troops.

Since June 2011, Ankara has been talking about invading Syria. It has presented the invasion plans as a humanitarian mission to establish a “buffer zone” and “humanitarian corridor” under R2P, while it has also claimed that the protests in Syria are a regional issue and not a domestic issue. In July 2011, despite the close Irano-Turkish economic ties, the Iranian Revolutionary Guard made it clear that Tehran would support the Syrians and choose Damascus over Ankara. In August 2011, Ankara started deploying retired soldiers and its military reserve units to the Turkish-Syrian border. It is in this context, that the Russian military presence has also been beefing up in the port of Tartus.

From Damascus to Tehran

It is also no mere coincidence that Senator Joseph Lieberman started demanding at the start of 2011 that the Pentagon and NATO attack Syria and Iran. Nor is it a coincidence that Tehran has been included in the recent Obama Administration sanctions imposed against Damascus. Damascusis being targeted as a means of targeting Iran and, in broader terms, weakening Tehran, Moscow, and Beijing in the struggle for control over the Eurasian landmass. The U.S. and its remaining allies are about to reduce their forces in Iraq, but they do not want to leave the region or allow Iran to create a bridge between itself and the Eastern Mediterranean using Iraq.

Once the U.S. leaves Iraq, there will be a direct corridor between Lebanon and Syria with Iran. This will be a nightmare for Washington and Tel Aviv. It will entrench Iranian regional dominance and cement the Resistance Bloc, which will pin Iran, Syria, Iraq, Lebanon, and the Palestinians together. Israel and the U.S. will both be struck with major strategic blows.

The pressure on Syria is directly tied to this American withdrawal from Iraq and Washington’s efforts to block Tehran from making any further geo-political gains. By removing Damascus from the equation, Washington and its allies are hoping to create a geo-strategic setback for Iran.

Everything that Washington is doing is in preparation for the new geo-political reality and an attempt to preserve its regional standing. U.S. military forces from Iraq will actually be redeployed to the GCC countries in the Persian Gulf. Kuwait will host new combat units that have been designated to re-enter Iraq should security collapse, such as in the case of a regional war, or to confront Iran and its allies in a future conflict. The U.S. is now activating the so-called “Coalition of the Moderate” that it created under George W. Bush Jr. and directing them against Iran, Syria, and their regional allies.

On November 23, 2011 the Turks signed a military agreement with Britain to establish a strategic partnership and closer Anglo-Turkish military ties. During an important state visit by Abdullah Gül to London, the agreement was signed by Defence Secretary Phillip Hammond and the Deputy Chief of the Turkish General Staff,HulusiAkar.The Anglo-Turkish agreement comes into play within the framework of the meetings that the British Chief of Defence Staff, General David Richards, and Liam Fox, the former scandal-ridden British defence minister, had with Israeli officials in Tel Aviv. After the visit of General Richards to Israel, Ehud Barak would visit Britain and later Canada for talks concerning Syria and its strategic ally Iran. Within this timeframe the British and Canadian governments would declare that they were prepared for war with both Syria and Iran.

Londonhas announced that military plans were also drawn for war with Syria and Iran. On the other side of the Atlantic, Canada’s Defence Minister, Peter MacKay, created shockwaves in Canada when he made belligerent announcements about war with Syria and Iran. He also announced that Canadawas buying a new series of military jets through a major arms purchase. Days later, both Canada and Britain would also cut their banking and financial ties with Iran. In reality, these steps have largely been symbolic, because Tehran was deliberately curbing it ties with Britain and Canada. For months the Iranians have also openly been evaluating cutting their ties with Britain and several other E.U. members.

The events surrounding Syria have much more to do with the geo-politics of the Middle East than just Syria alone.In the Israeli Knesset, the events in Syria were naturally tied to reducing Iranian power in the Middle East. Tel Aviv has been preparing itself for a major conflict for several years. This includes its long distance military flights to Greece that simulated an attack on Iran and its deployment of nuclear-armed submarines to the Persian Gulf. It has also conducted the “Turning Point” exercises, which seek to insure the continuation of the Israeli government through the evacuation and relocation of the Israeli cabinet and officials, including the Israeli finance ministry, to secret bunkers in the case of a war.

For half a decade Washington has been directing a military arm build-up in the Middle East aimed at Iran and the Resistance Bloc. It has sent massive arms shipments to Saudi Arabia. It has sent deliveries of bunker busters to the U.A.E. and Israel, amongst others, while it has upgraded its own deadly arsenal. U.S. officials have also started to openly discuss murdering Iranian leaders and military officials through covert operations. What the world is facing is a pathway towards possible military escalation that could go far beyond the boundaries of the Middle East and suck in Russia, China, and their allies. The Revolutionary Guard have also made it clear that if conflict is ignited with Iran that Lebanon, Iraq, and the Palestinians would all be drawn in as Iranian allies.

Mahdi Darius Nazemroaya is a social scientist, award-winning writer, columnist, and researcher. His works have been carried internationally in a broad series of publications and have been translated into more than twenty languages including German, Arabic, Italian, Russian, Turkish, Spanish, Portuguese, Chinese, Korean, Polish, Armenian, Persian, Dutch and Romanian. His work in geopolitical sciences and strategic studies has been used by various academic and defense establishments in their papers and defense colleges for military officers. He is also a frequent guest on international news networks as a geopolitical analyst and expert on the Middle East. He currently works at the Institute for Interdisciplinary Studies (IIS) and is a research associate of the Centre for Research on Globalization (CRG).