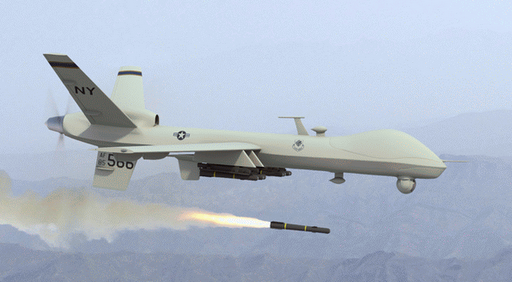 According to the new Pakistani defense policy, “Any object entering into our air space, including U.S. drones, will be treated as hostile and be shot down,” a senior Pakistani military official told NBC News.

Pakistan told the U.S. to vacate Shamsi Air Base by December 11.

A senior military official from Quetta, Pakistan, confirmed to NBC News on Saturday that the evacuation of the base, used for staging classified drone flights directed against militants, “will be completed tomorrow,” according to NBC’s Fakhar ur Rehman.

It was unclear Saturday whether orders to fire upon incoming U.S. drones was part of the initial orders.

The Pakistani airbase had been used by U.S. forces, including the CIA, to stage elements of a clandestine U.S. counter-terrorism operation to attack militants linked to al-Qaida, the Taliban and Pakistan’s home-grown Haqqani network, using unmanned drone aircraft armed with missiles.

President Barack Obama stepped up the drone campaign after he took office. U.S. officials say it has produced major successes in decimating the central leadership of al-Qaida and putting associated militant groups on the defensive.

Since 2004, U.S. drones have carried out more than 300 attacks inside Pakistan.

Pakistani authorities started threatening U.S. personnel with eviction from the Shamsi base in the wake of the raid last May in which U.S. commandos killed Osama bin Laden at his hide-out near Islamabad without notifying Pakistani officials in advance.