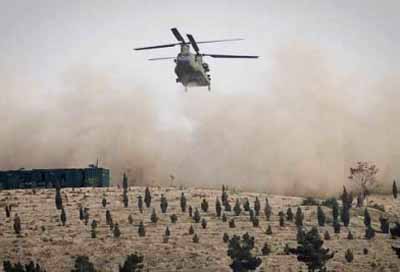 Pakistan’s foreign minister has told the United States of her “deep sense of rage” after NATO said it was probably to blame for killing 25 Pakistani soldiers in an air strike.

“They demonstrate complete disregard for international law and human life, and are in stark violation of Pakistani sovereignty,” she said.

Khar said the attack “negates the progress made by the two countries on improving relations and forces Pakistan to revisit the terms of engagement”.

“Such cross-border attacks cannot be tolerated any more. The government will take up this matter at the highest level and it will be investigated”

On Saturday, Washington said Clinton expressed sympathy over the incident and promised that the US would work with Pakistan as NATO conducts an investigation into the incident.

NATO also sought to soothe Islamabad’s rage and expressed regret on Sunday but stopped short of issuing a full apology to Pakistan for the “tragic, unintended” killings.

A Western official said allies were trying to ascertain “exactly” what Pakistan’s public position meant and to prevent lasting damage as a result of the suspended supply lines into Afghanistan.

Pakistan has retaliated by closing its Afghan border crossings to NATO supplies and giving the US 15 days to vacate an air base used by US drones.

The decision came after Yousuf Raza Gilani, the Pakistani prime minister, called an emergency meeting of his military chiefs.

The foreign ministry also summoned Cameron Munter, the US ambassador in Islamabad, to “lodge a strong protest” against the attack.

“The foreign secretary conveyed to the US ambassador that the unprovoked attack by NATO/ISAF aircrafts on border posts in which 25 Pakistani troops lost their lives and another 13 were injured had deeply incensed the government and the people of Pakistan,” the ministry said in a statement.

Pakistan’s army chief, General Ashfaq Parvez Kayani, attended a funeral service for those killed on Sunday. He also visited the wounded at a military hospital.

Friday’s attack is expected to further worsen US-Pakistan relations, already at one of their lowest points in history, following a tumultuous year that saw the Osama bin Laden raid, the jailing of a CIA contractor and US accusations that Pakistan backed an attack on the US embassy in Kabul.

An increase in US drone strikes on armed groups in the last few years has also angered Islamabad, which says the campaign kills more Pakistani civilians in the border area than fighters.

Washington disputes that, but declines to discuss the drone campaign in detail.

“This is an attack on Pakistan’s territorial sovereignty,” said Masoud Kasur, the governor of Pakistan’s northwestern Khyber-Pakhtunkhwa province.

“Such cross-border attacks cannot be tolerated any more. The government will take up this matter at the highest level and it will be investigated.”

General Carsten Jacobson, a spokesperson for the NATO-led alliance in Afghanistan, confirmed on Saturday that it was “highly likely” the alliance’s aircraft killed Pakistani soldiers.

“Close air support was called in, in the development of the tactical situation, and it is what highly likely caused the Pakistan casualties,” Jacobson told the Reuters news agency.

“I have written to the Prime Minister of Pakistan to make it clear that the deaths of Pakistani personnel are as unacceptable and deplorable as the deaths of Afghan and international personnel,” he said in a statement. “This was a tragic unintended incident.”

The checkpoint that was attacked had been recently set up in the Mohmand tribal area by the Pakistan army to stop Taliban fighters holed up in Afghanistan from crossing the border and staging attacks, said two government administrators in Mohmand, Maqsood Hasan and Hamid Khan.

NATO supply trucks and fuel tankers bound for Afghanistan were stopped at Jamrud town in the Khyber tribal region near the city of Peshawar hours after the raid, officials said.

“We have stopped NATO supplies after receiving orders from the federal government,” said Mutahir Hussain, a senior administration official in Khyber. “Supply trucks are being sent back to Peshawar.”

Pakistan is a vital land route for 49 per cent of NATO’s supplies to its troops in Afghanistan.