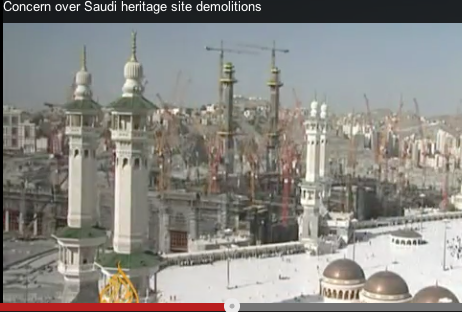 The Saudi city of Mecca is home to some of the most important historical sites in Islam. But over the years, the kingdom has been systematically demolishing these sites, burying them under modern commercial towers.

Saudi authorities say this is a policy aimed at discouraging the worship of idols, as it prevents people from turning those places into shrines. However, many Muslims say the government is destroying Islamic heritage sites.

Al Jazeera’s Mohamed Vall reports on the eve of the Hajj pilgrimage from the mountain of light in Mecca, one of the few historical sites still open to the public.