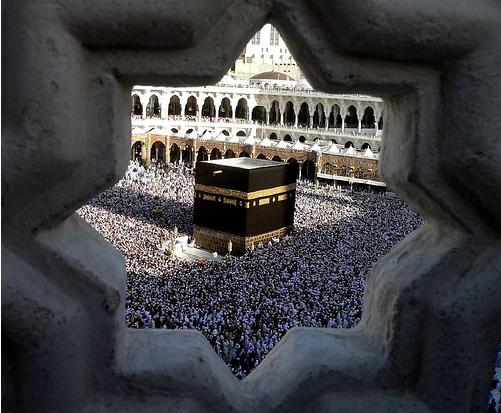 Eid Al-Adha, one of the two main religious festivals in the Islamic calendar, will be celebrated on Sunday, November 6th 2011 for most countries, after announcements yesterday by Saudi Arabia and other Muslim nations that follow their sighting.

For those following local sighting of the moon to determine the beginning of lunar months, as the moon was not seen in some countries yesterday, Eid Al-Adha will be celebrated on Monday November 7th  2011.  The list of these countries includes communities Brunei, India, Pakistan and Iran.

In Australia those following Saudi will have Eid on Sunday and those that follow local sighting will celebrate Eid on Monday.

Nearly three million pilgrims from around the world will ascend Mount `Arafah on Saturday, November 5, marking the peak of the annual hajj.

One of the five pillars of Islam, hajj consists of several ceremonies, which are meant to symbolize the essential concepts of the Islamic faith, and to commemorate the trials of Prophet Abraham (pbuh) and his family.

Every able-bodied adult Muslim — who can financially afford the trip — must perform hajj once in their lifetime.

`Eid Al-Adha, or “Celebration of Sacrifice”, is one of the two most important Islamic celebrations, together with `Eid Al-Fitr which marks the end of Ramadan.

After special prayers to mark the day, Muslims offer Udhiyah, which is having an animal such as a sheep or goat slaughtered to share with those less fortunate as well as friends and family. A ritual that reminds them of the great act of sacrifice that Prophet Abraham and his son Isma`eel were willing to make for the sake of God.

Festivities and celebrations then start with visits to the homes of friends and relatives.

Traditionally, everyone wears new clothes for `Eid, and the children look forward to gifts over the days of celebration.