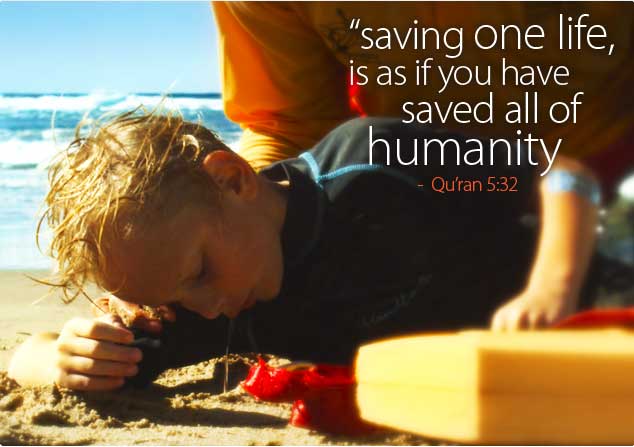 A TV commercial that promotes Islamic values is to start screening on Australian prime time television this week. The 30 second advertisement is the latest initiative by the organization MyPeace that earlier this year launched the “Jesus is a Prophet of Islam” billboards through out Sydney.

The commercial features scenes from everyday life overlaid with several excerpts from the Koran that espouse Islamic values that highlight the importance of preserving life, being kind to the elderly and giving charity to the underprivileged.

The ground breaking advertisements are due to begin screening on Wednesday in regional areas and from Friday on prime time TV shows on Channel 7 and Channel 9 in Sydney, booked to appear during the high rating Sunrise and Today morning shows and on mid-afternoon news bulletins.

MyPeace, founder Diaa Mohamed said the commercials were not out to convert anyone, but was more aimed at addressing misconceptions about Islam.

“In response to the negative stereotypes and false images that are generally used to depict Islam and Muslims in the mainstream media, we made these commercials with the aim of showing Islam in it’s true light to the masses”.

“The intention is not to convert anyone to Islam, but to give mainstream society a better understanding of Islamic values” Diaa Mohamed said.

The commercials are being primarily funded by donations from the Australia Muslim community, but non Muslims who are supportive of the idea of creating a better understanding between Muslim and non Muslim Australians have also contributed to the campaign.

“Of course there will always be some critics, but overall we have had very positive support and encouragement from the the Australian community – Muslim and non Muslim” Diaa Mohamed said.

The commercials are linked to the My peace website –  www.mypeace.com.au – and a 1300 number where those that are interested can get more information and request copies of the Quran – 1300 533 555 (Australian residents only).

Australia has a Muslim community of just under 300,000 that make up 1.7% of the total Australian population, according to the last official census in 2006. The largest Muslim community resides in Sydney where Muslims make up 4% of the population.

If you would like to be a volunteer for MyPeace, email your mobile phone number to volunteer@mypeace.com.au.