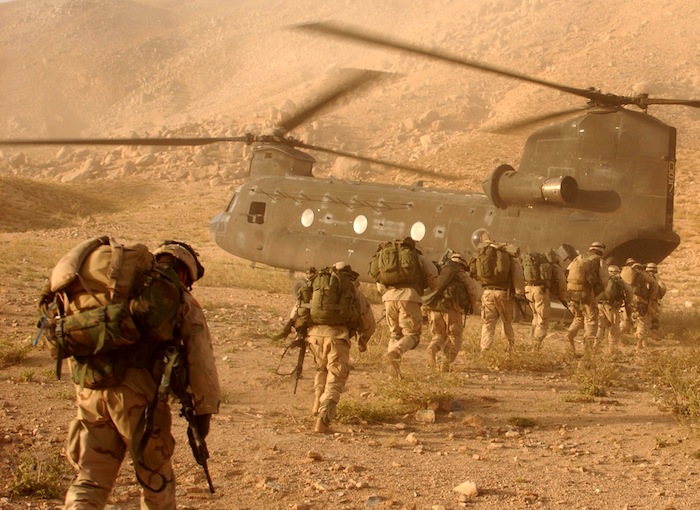 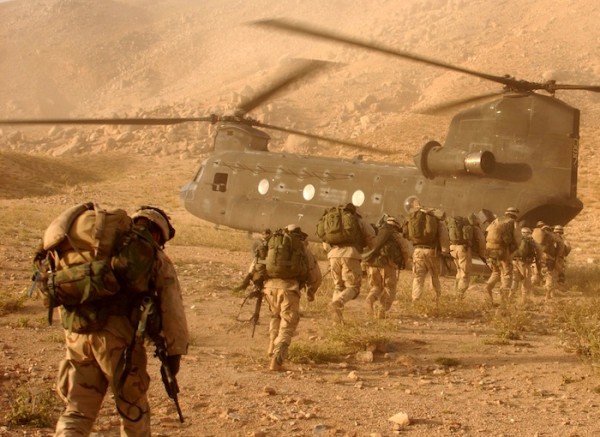 The success of one of Nato‘s principal tactics against the Taliban – targeted night raids aimed at killing or capturing leaders of the insurgency – may have been exaggerated to make the military campaign in Afghanistan look more effective, according to a report published on Wednesday.

The study shows that for every “leader” killed in the raids, eight other people also died, although the raids were designed to be a precise weapon aimed at decapitating the Taliban on the battlefield by removing their commanders.

The report notes that in briefings to the US media, aggregate claims made for the number of Taliban leaders killed or detained over a given period were sometimes much greater than the numbers recorded in the daily press releases.

The report, by Kandahar-based researchers Alex Strick van Linschoten and Felix Kuehn, for the Afghanistan Analysts Network, looked at the daily press releases published by the Nato-led International Stability Assistance Force (Isaf) to create a profile of the “kill-or-capture raids” from December 2009 to the end of September this year.

Strick van Linschoten also said Isaf’s definition of the word leader was “so broad as to be meaningless”. He said the words leader and “facilitator” were sometimes used interchangeably in the Isaf press releases, although facilitator could just be someone whose house an insurgent group was thought to have used. A previous study of night raids had found that many people classified as leaders captured in night raids had subsequently been released by Isaf.

“The use of the word ‘leader’ is intended to convey the impression that the masterminds of the Taliban are being taking off the battlefield. That’s a misrepresentation,” Strick van Linschoten said.

“It is meant to be taken as meaning that we are taking out the brains behind the Taliban off the battlefield, but that claim doesn’t really measure up.”

The report, entitled A Knock on the Door, echoes a study published last month by the Open Society Foundations. That study said that although Isaf had made strides in reducing the number of civilian casualties, the 12 to 20 raids a night over a sustained period, with thousands of arrests, many of them of non-combatants, were alienating the population and undermining the international coalition’s aims in Afghanistan.

“The raids are a far blunter weapon than we have been led to believe, and they have an indiscriminate impact,” said Erica Gaston, a human rights lawyer for the Open Society Foundations and co-author of the report.

“The number one complaint we hear across the country is that all the men in a place where there is a night raid are detained, even if they just have tangential connections to the insurgents, that they gave them food or are related to them. And these raids dominate popular perceptions of the international forces, and of the Kabul government.”

Statistics on the number of Taliban “leaders” killed or captured were frequently used by the former Isaf commander, and now CIA director, General David Petraeus, to prove his claims that his forces were making progress on the battlefield.

The use of night raids grew steadily during Petraeus’s time in Afghanistan, from July 2010 to July this year, and tailed off significantly after his departure to take up his new post.

Strick van Linschoten found that some of the claimed statistics of leaders killed or captured provided in briefings to the US press were far in excess of the totals of the press releases over the same period.

In one example, a story in USA Today in March 2011 quoted US military figures as saying that “raids have taken out 900 Taliban leaders” between July 2010 and March 2011. According to the new report, however, the press release accounts for 215 leaders captured and 95 killed, with 180 facilitators captured and 10 killed.

“Even if we assume that all those described as ‘leaders’ and ‘facilitators’ in the press releases are who Isaf thought they were, that still leaves a shortfall of 400 individuals,” the report said.

An Isaf spokesman, Colonel Gary Kolbe, said the gap could be easily explained. “The figures reported in Isaf press releases are not intended to provide a complete historical documentation of every battlefield event that occurs in theatre,” he said, adding that more comprehensive figures were used in formal reports to the US Congress, Nato or the UN.

Kolbe also argued that the ratios between total numbers and leaders killed were distorted by the use of press releases.

He said night raids “minimise civilian casualties by conducting operations during a time when most civilians are not in and around targeted areas. Over 85% of the time, night operations are conducted without a shot being fired and get the intended target 50% of the time.” He said a “leader” as defined in Isaf reports could be responsible for less than 10 people, or dozens, or hundreds.