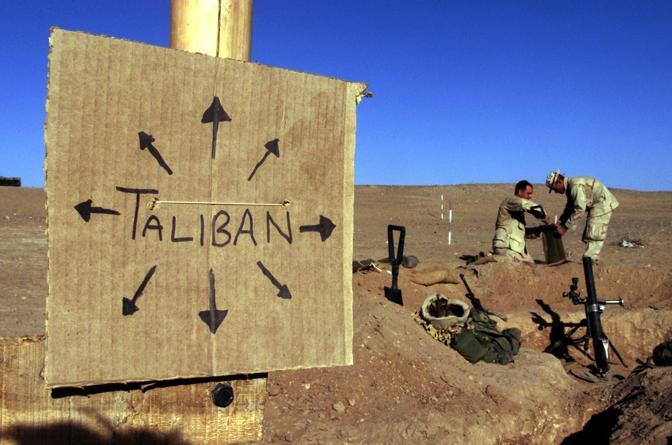 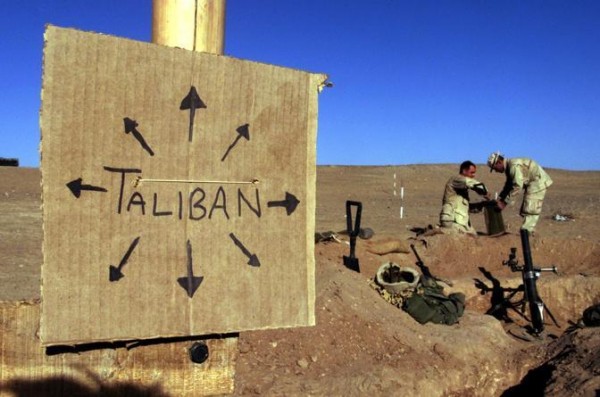 KABUL – Ten years after the United States invaded their country to topple the ruling Taliban, the group’s return to power is becoming a fact of life for many Afghans.

“When the US leave, in one week, the Taliban will return,” Khalid Ahmad, who sells women’s clothes, told Reuters on Thursday, October 6.

“I believe 100 percent they will take back power, whether the Afghan people want them or not.”

The Taliban was ousted from power by the US troops, which invaded the country following the 9/11 attacks.

Since then, the group has launched guerilla warfare against the US-led foreign troops.

More than 11,000 civilians are believed to have died in the war, and thousands more were injured.

“If they return, they’ll reintroduce their Islamic laws, they’ll do the same as they did before,” said Ahmad.

“If that happens, I won’t leave, but I doubt I will be able to have a business like this.”

During their 1996-2001 rule, the Taliban implemented heavily oppressive policies, including shutting women out from most work and study and restricting their movements.

They banned television, some sports and most music and arrested men without beards.

The US-led foreign troops are set to start withdraw from Afghanistan by the end of this year.

“I’m worried the Taliban will return. If the foreign forces leave us halfway along this journey all the gains will be dramatically lost,” said Abbas, a shop owner.

Wakil Ahmad Muttawakil, a former right hand man to the Taliban leader Mullah Omar, believes that returning the Taliban to power is the only key to soliving the Afghan conflict.

“The only way to finish the fight against the Taliban is to bring them to power and get foreigners out,” Wakil Ahmad Muttawakil, a former Taliban said.

Besides, he adds, corruption, insecurity and immorality have flourished since US-backed troops ousted the group from Kabul, and their return would end much of that.

But many Afghan see the Taliban rule is better than the presence of the foreign troops in their country.

“The rise in immoral activities, suicide bombings, and all our misery is because of American presence in Afghanistan,” said Abdul Nazir, an imam at a Kabul mosque.

He agrees with Muttawakil that if the foreign troops leave, the violence will end.

“I know that Taliban also kill innocent people and want to enforce strict Shari`ah law, but they are still Muslims and better than the infidels here.

“The Taliban are successful because many Muslims see them as sole guardians of Islamic values.”

The Taliban themselves have also been changed by a decade of guerilla warfare inside their country, and technological and political changes globally.

There have been hints in statements and from former Taliban officials that they may have softened their stance on issues like education and private enterprise.

Some analysts say they are seeking to position themselves as a pan-Afghan movement capable of running a civilian government, rather than a Pashtun-dominated group.

Mullah Omar issued a rare statement in August to mark Eid al-Fitr, one of the two main Islamic festivals, saying that Taliban rule would be an inclusive meritocracy.

“Our manifesto is that Afghanistan should have a real Islamic regime which is acceptable to all people of the country. All ethnicities will have participation in the regime and portfolios will be dispensed on the basis of merits,” an English translation of his speech provided by the group said.

The Taliban would boost the country’s mining and energy sectors, he continued, to free Afghans from the “tentacles of poverty, unemployment, backwardness and ignorance.”

Skeptics caution however that political positioning can be very different from real change, and the Taliban if they do grab or negotiate a stake in Afghanistan’s government may want to rule their country in a way little changed from 2001.

“With their mentality and ideology, it would be very difficult for them to accept others and also, for others to accept them,” said Ghulam Jelani Zwak, director of the Afghan Analytical and Advisory Center in Kabul.

“We have a long, long way to go before this could happen.”