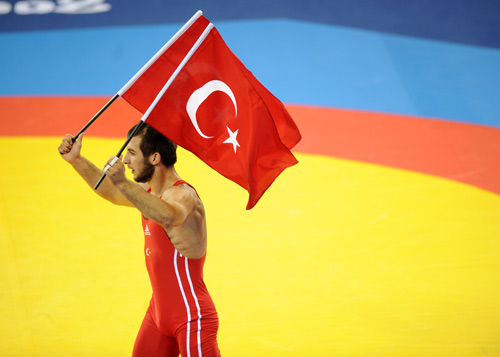 “I have never felt so confident except the first time when we bid for the 2000 Games,” Aksoy, general director of the Istanbul Olympic Bidding Committee (IOBC), told Reuters in an interview. “We have learned how difficult it is to land the Games.”

Istanbul is bidding alongside Rome, Madrid, Tokyo, Azeri capital Baku and Qatar’s Doha with the International Olympic Committee (IOC) set to elect the host of the world’s biggest multi-sports event in September 2013.

The Turkish city did not even make the cut for the 2012 Games that were won by London.

Aksoy is less inclined to repeat the much-used adage of the city’s symbolic bridging of civilisations as Istanbul sits on the border of Europe and Asia. He is far more interested in talking hard facts this time.

“Before we showed our dedication to the Olympic movement but did not expect to win. This time it is completely different,” he said.

Turkey’s stronger economy and near double-digit annual growth as well as its drive to host major sports events, including a Formula One race, the 2010 basketball world championship and the 2013 Mediterranean Games, had improved the city’s chances, he said.

“A lot has changed in Turkey in the past eight years, both in infrastructure and economics. Istanbul is the only city to build an Olympic stadium without winning the Games.

“We decided to go on constructing our projects…to keep on investing in sports infrastructure. Since 1994, 14 Olympic venues have been completed including the Olympic stadium and the Sinan Erdem indoor arena that hosted matches for the world basketball championship last year.

“Why do you think I have remained in this position so long? Mainly because what we have done was productive for the city,” he said.

Apart from tackling additional venues and the city’s dense traffic, in which $8 billion has been invested in recent years according to Aksoy, Istanbul bid officials will also need to convince the IOC they can provide the necessary security blanket over the Games.

Attacks by Kurdish guerrillas have continued, including a suspected car bomb which killed three people in Ankara earlier this month, and will no doubt will be an issue raised by the IOC.

“The Games attract terrorist activities or other security problems. Turkey is dealing more often with security issues than other countries. We have that experience,” Aksoy said.

Aksoy said that Turkey, a Muslim yet secular state, was the right choice for the IOC to expand to new territories.

“Istanbul offers the Olympic world a chance to organise the Games in a Muslim and secular country.

“Obviously you don’t get the Games because you are Muslim country but a good policy is to organise the Games where they have not been organised yet in the world.”

Istanbul is not the only bidder from a Muslim country, with Doha and Baku also campaigning on behalf of Muslim nations.

What none of the other five bids had, however, Aksoy argued, was the visible and strong support of the government.

“Which other city’s application was announced by the government?” he asked in reference to Prime Minister Tayyip Erdogan’s personal announcement of the 2020 candidacy.

“This is very positive. With the gigantism of the Games, the IOC is very interested in securing government guarantees.”

Asked whether this candidacy would be the last for some time should it fail, Aksoy said the bidding committee’s existence would cease only when the Games were awarded to the city.

“Under law it will cease if the Games are won and the existing body automatically becomes the Games’ organising committee,” he said.