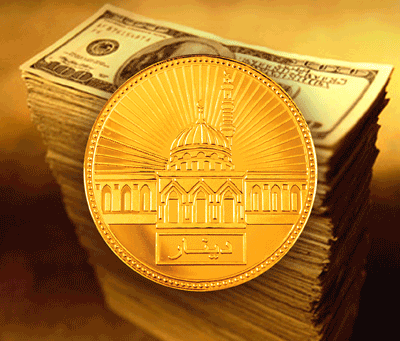 Islamic insurance has enjoyed strong growth in recent years, although the period since the global financial crisis has proved difficult for the rapidly developing industry.

Dominic Moody, senior vice-president at insurance broker Marsh in the Middle East, says the market for insurance products compliant with Islamic law – known as Takaful – is “growing quite phenomenally”, in spite of the downturn.

Expansion is being driven by two factors: Takaful is strongest in Muslim countries, where the take-up of insurance has been low historically; and availability is increasing, as more Takaful insurers are established.

Ernst & Young says global Takaful contributions totalled $9.15bn in 2010, and are on course to reach $12bn at the end of this year. The professional services firm points out they represent only 1 per cent of the global insurance market, even though Muslims make up 20 per cent of the world’s population. The global market could reach $25bn by the end of 2015, it says.

But most Gulf Co-operation Council markets have seen a slowdown in Takaful growth, with only Saudi Arabia’s market staying strong because of the continued roll-out of compulsory medical insurance.

According to Ernst & Young, Saudi Arabia, with Takaful contributions totalling $3.86bn in 2009, Malaysia with $1.15bn, and the United Arab Emirates with $640m, were the top three markets.

Analysts believe that for Takaful to reach its potential, it must make inroads into Europe and the US, and into commercial insurance products. Many international companies have moved into the market, but more development is needed.

One challenge is to extend the insurance available for commercial lines. Mohammad Khan, a partner at PwC, and its Islamic finance leader, says that for this to happen there needs to be well-rated Islamic reinsurance (the insurance that insurers buy) as well as so-called retrocession reinsurance (reinsurance of reinsurance).

Mr Moody says Islamic finance is radiating out from the Middle East to other parts of the world. However, this is not being matched by equivalent insurance products. “Islamic finance is pretty much a global industry. There are challenges when it comes to provide financing for a business in Europe or the US, because there are limited insurance options, so they have to use regular insurance. It is not a fully Islamic financing solution,” he says.

A number of Islamic banks, he says, are setting up branches in Europe and plan to offer complementary products, for example, a personal accident insurance policy provided by the bank.

“Islamic banks are working with insurers to try to create a bancassurance product that is sharia-compliant,” says Mr Moody.

In the UK, Salaam Halal insurance, the first Islamic insurance company, launched in 2008. Although it took off initially, it was operating in the ferociously competitive motor insurance market and closed to new business a year later.

PwC’s Mr Khan says the tipping-point for Takaful will come when it also appeals to non-Muslims. “[Takaful] is ethical insurance, and that is the market to go for. The market in the US, in western countries isn’t just Muslims, and shouldn’t be restricted to Muslims,”he says.

Other hurdles include making sure that insurance contracts comply with Islamic principles and evolving regulations.

The Islamic finance industry has developed its own body, the Islamic Financial Standards Board, which has tackled issues such as solvency.

Despite the headwinds, analysts are still upbeat on prospects.

According to Mr Ahmedji, while the global financial crisis has “damped confidence in factors such as investment returns, “Takaful is a slow-burn industry. It was never going to be an overnight phenomenon, because it is about introducing a new product to the Muslim community.”