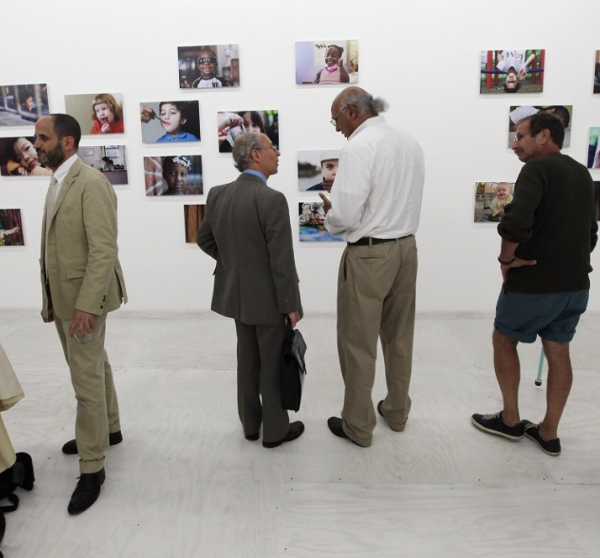 An Islamic community center that fueled angry demonstrations because of its proximity to the site of the Sept. 11, 2001, attacks has opened quietly in Lower Manhattan, drawing no protesters but bringing words of regret from the developer for not consulting with Sept. 11 survivors during its planning.

The scene at Wednesday’s official opening at the building on Park Place, about 2 1/2 blocks from the former World Trade Center towers, was far different from a year ago, when the ninth anniversary of the Sept. 11 attacks became a platform for groups trying to prevent the center from going forward. Previously, the towering building housed a Burlington Coat Factory, which was damaged in the 2001 attacks and subsequently closed.

The new owner’s decision to use the building for an Islamic center, including a prayer space, divided politicians and survivors of Sept. 11 victims, with some saying the project was an insult because it is so close to ground zero. They labeled the center the “ground zero mosque.”

Others, who were supported by Mayor Michael R. Bloomberg, said the center was the ideal way to improve ties among New York’s diverse groups and give Muslims a place to pray, see art exhibits, watch films and listen to lectures.

But the center is open to everyone, not just Muslims, its developer and the property’s owner, Sharif El-Gamal, said Wednesday in an interview on CNN a few hours before Park51 Community Center, as the site is called, opened its doors.

“We are building a community center that’s going to be open to all people. It is based on Islamic values and heritage … just like a YMCA,” said El-Gamal, whose history with the project was covered in this Los Angeles Times story. In fact, El-Gamal says he modeled the center after the Jewish Community Center in Manhattan’s Upper West Side neighborhood, where he lives and takes his daughter.

El-Gamal acknowledged some errors in Park51’s planning, especially regarding communicating the plans with relatives of people who died in the 2001 attacks.

“We did not know we had to … discuss this project with them … but going back, I wish we had engaged the 9/11 family members because our intention was never to hurt or to antagonize anyone,” he said on CNN.

Later, at the photography exhibit that marked the center’s grand opening, there were no signs of the animosity that once plagued the space. El-Gamal, between congratulatory hugs from well-wishers, attributed the earlier problems to an “incredible ocean of confusion and misconception” that led some people to fear the spot could become a breeding ground for Islamic militants.

Better public relations cleared that up, he told reporters as musicians provided background music and guests viewed the photography exhibit.

The show couldn’t have been more benign. It featured photographs of immigrant children living in the United States. Passers-by stopped on the rain-slick sidewalk outside to watch through the windows as the (alcohol-free) gala went on inside. In the prayer space beside the exhibition rooms, men arrived for their evening prayers.

The photo exhibit will go on for about three months. The center also plans to offer lectures, films, youth programs, interfaith coffee hours and even yoga for children.