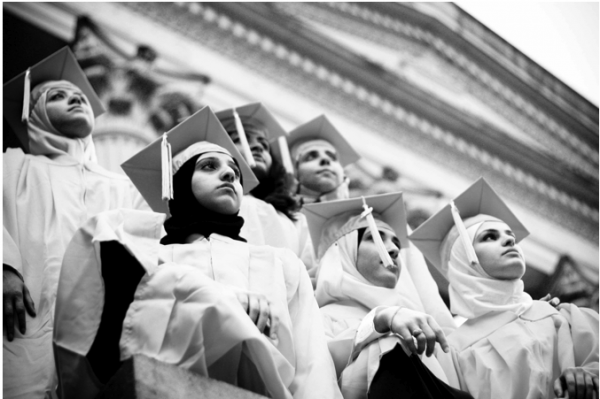 Bushrat Almari is from Bradford and is studying for a pharmacy degree at Bradford University.

Like many Asian students in further education she lives with her family and is fortunate that her father can manage to pay the annual £3,000 tuition fees.

But that will change next year when they go up to £9,000, meaning that her sister will be prevented from getting a degree.

As practising Muslims they cannot take out a student loan as it has to be paid back with interest, which Bushrat says is forbidden.

“I follow my faith, so for me taking out a loan, no matter how low the interest rate may be, is just not an option.

“And it’s the same for all my Muslim friends who do not want their beliefs to conflict with going to university.”

According to the Islamic faith, paying or charging interest on any loan is not permitted. Many Muslim students are therefore facing a major dilemma in trying to pay future tuition fees without applying for student loans.

Ishtiaq Ahmed, spokesman for the Bradford Council for Mosques said this was a mandatory requirement, but he also pointed out that a consensus amongst Islamic scholars in the UK now exists, and that means those rules can be modified.

“We are living in a non-Muslim country where there is no regular Islamic banking system, so in this case you are allowed to pay interest on a loan if there is no alternative, and I would say that this is very much the case here with students in higher education,” he said.

“Having said that, there will be those who choose to follow their faith very strictly and will not apply for any loan.”

Waqar Choudhry, a student from Oldham, says that his family will not be able to find the £9,000 a year tuition fees for his cousins, who may find that university is no longer an option.

“This hike in fees is just too much and it’s come in one go, how can we afford to pay – our community will lose out badly here.”

According to the National Union of Students many Muslims will be prevented from going on to higher education next year, and they are worried.

“It will be a sorry day if access to education is governed by the ability to pay your tuition fees.

“Nationally we are working with other groups and providers of Islamic finance to see if there is a way out of this massive problem which will affect one major community in the UK.”

Mohammed Hussain is from a strict Muslim family in Bedford and he is studying for a degree in physiotherapy.

“What about people like me who are not from an affluent background and who’ve fought hard to get to university, will we be thrown on the scrap heap?

“In my family already my siblings and cousins are being told that they may have to rethink about going on to further education, and maybe try and get a job instead. It’s all down to money and that’s just not right”.

National chairman, Nabil Ahmed, says they are in urgent talks with the government to try to find a workable solution to what he says is a major issue for them.

‘Talent will be lost’

“It will be unthinkable if Muslim students are priced out of the education market and are forced to go abroad to continue with their higher education.

“Students with great minds and talent will be lost… we must stop this from happening.”

Mr Ahmed says they want the government to work with them to try to find an alternative solution not just for Muslims but for all students who will not be able to pay the huge hike in fees next year.

“We are looking for a new type of student finance initiative, free of interest, and which should be equally priced to what’s currently on offer.

“This will enable Muslim students to go to university without the issue of loans clouding their judgement or preventing them from applying for places.”

A spokesperson for the Department for Business, Innovation and Skills said: “The department has met with the National Union of Students and the Federation of Student Islamic Societies to discuss this issue. These discussions are ongoing.”