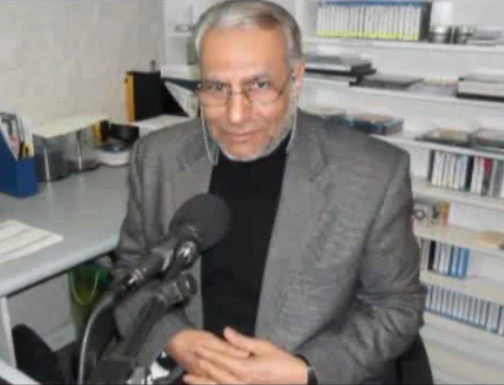 Imams and Sheikhs from around Australia held a meeting last night in which they appointed Dr Ibrahim Abu Muhammad as the new Grand Mufti of Australia. Dr Abu Muhammad, a current serving member of the Fatwa board of the National Imams Council of Australia, replaces the outgoing Mufti Sheikh Fehmi Naji El-Imam AM.

Dr Ibrahim Abu Muhammad is one of the most prominent Muslim scholars in Australia and having memorised the entire Qur’an in his childhood. He went on to complete formal studies in Islam at the renowned and historic Al-Azhar University, Cairo where he completed a Masters at the College of Usuluddin and later a PhD. His thesis earned him a high distinction to achieve top of his class.

From 1988 to 1991 he taught Islamic Studies in Ajman College in Al-Ayn University, Abu Dabi. Dr Ibrahim has also taught postgraduate studies in Islam at Leaders College under the Defence Ministry of Abu Dabi from 1991 to 1996.

Dr Ibrahim was a cultural advisor at the Islamic Council of NSW during 1997. In 1999 he established Quran Kareem Radio Australia which broadcasts Arabic and English programs daily to an audience of more than 25,000 listeners.

Dr Ibrahim is also a Shariah advisor for The Muslim Community Co-operative (Australia) Ltd, better known as MCCA, since 1992.

Dr Ibrahim has authored 26 books which have been published in Arabic. Some titles of his books are Man and the Environment, Culture and the Diary of History, Between Freedom of Thought and Freedom to Destroy, A letter to the Sane, The Man and the Sycophant, Mental Striving: its Fields and its Heights and Pure Melody and the Immoral Melody. He has recently published the second edition of his book Invitation to Contemplate, which was translated into both English and French.

He regularly delivers Friday sermons at major mosques in Australia and holds regular monthly public lectures for the Muslim community in Sydney, where he is based.

Traditionally the role of a Mufti as a religious authority has been something that operated in a Muslim country where the overwhelming majority of the people would be of the same cultural and religious background.

Because there is no religious hierarchy in Islam (especially in Sunni Islam), there is no one person – apart from the Prophet Muhammad – whose views on Islam are considered final. Anyone with knowledge of the religion and related matters can express an opinion on a religious issue. In practice, those who have studied Islam and are knowledgeable about the religion have the strongest say.

In the past the role of Mufti of Australia has been more of a ceremonial role that has held no real authority over other Imams or grassroots Australian Muslims.

One difficulty is the enormous diversity among Australian Muslims (ethnic, religious, theological, legal, spiritual), making it difficult to agree on one person or body to represent the religious views of the entire community.

Another obstacle to a recognised central religious leadership is that the largest segment amongst Australia’s Muslim community are those born in Australia who make up just under 40% of Australia’s 400,000 + Muslim community. These Australian born Muslims speak predominately English and have a more Western mindset.  They tend to find it hard to follow Imam’s and Sheikhs that do not speak English or fully understand the “Western” mindset because they were born and raised outside of Australia.

Currently most religious leaders in Australia are from overseas. They are trained in overseas seminaries and brought to Australia to serve a particular ethnic community, for example Pakistani, Bosnian, Turkish or Lebanese. As yet, there are only a few Australian-born imams.

It remains to be seen how successful the non English speaking new Mufti of Australia Dr Ibrahim Abu Muhammad will be in unifying the diverse Australian Muslim community under one religious authority.  Going by the recent controversy regarding the declaration of Eid, it may take some time before  a unified religious leadership emerges, if ever, in Australia.