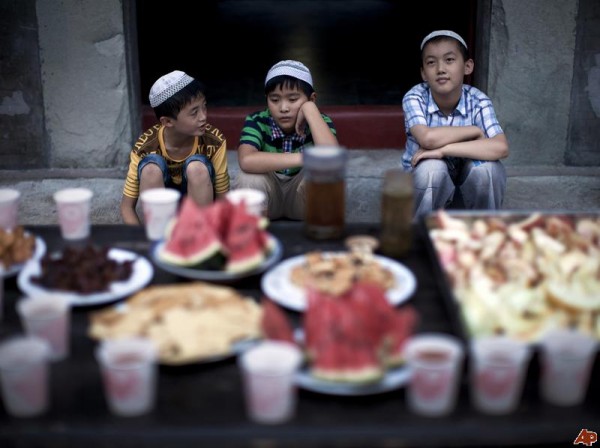 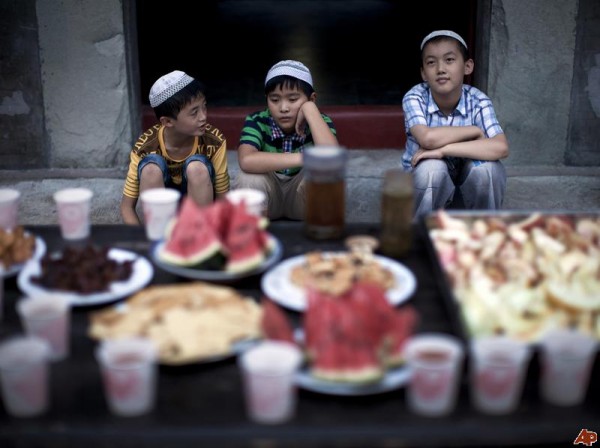 At a teachers college in far northwestern China, students were irritated to find that their professors were escorting them to lunch last month — an odd occurrence since they were more than capable of finding the cafeteria themselves.

There was an ulterior motive, students told travelers who recently visited the city of Kashgar: The college wanted to make sure that the students, most of them Muslims, were eating rather than fasting in daylight hours during the holy month of Ramadan.

Then, something even stranger happened, the students said. When Ramadan ended late last month, launching the three-day Eid al-Fitr feast, all the restaurants and the cafeteria on campus were shut down. Students were barred from leaving the campus. On the next two days of the holiday, the cafeteria was open, but the students were locked in, unable to leave to celebrate with their families.

“It was totally backwards,” complained a 20-year-old Muslim student who was forced to skip the holiday.

In the aftermath of violent protests this year by Uighurs, the ethnic Turkic and Muslim minority living in northwestern China, authorities have deepened their campaign against religious practices — particularly during Ramadan.

For years, China has restricted observance of Ramadan for Communist Party members and government cadres. On one website for an agricultural bureau, for instance, employees were reminded “not to practice any religion, not to attend religious events and not to fast.”

This year, the local Communist Party also ordered restaurants to remain open during the day, even though chefs and most of their potential customers were fasting. Failure to keep their doors open made restaurants subject to fines of up to $780, the equivalent of several months’ salary.

So restaurateurs made token gestures, assigning one waiter to sit in the doorway and a chef to make a single dish that would be either eaten cold at night or discarded.

In Kashgar, across from the Id Kah Mosque, the largest in China, travelers described a bored teenage waiter in a Muslim skullcap sitting in the doorway of a darkened restaurant looking out onto the dusty sidewalk as if waiting for the customers he knew wouldn’t come.

Along the entire strip, restaurants were similarly unlit and empty, with none of the usual smells of roasting lamb wafting from the kitchens.

“They just offer what they can to avoid trouble,” said a doctor in his late 20s, who asked not to be quoted by name for fear of retaliation. He described the compromise at one of his favorite restaurants, where the chef made only rice pilaf. “The chefs can’t even taste the food to make sure it is delicious.”

The policy extended deeper into Xinjiang province than just Kashgar. In Aksu, 250 miles to the northeast, the municipal website warned that restaurant owners “who close without reason during the ‘Ramadan period’ will be severely dealt with according to the relevant regulations.”

Residents of Xinjiang province say that Chinese policies regarding Ramadan have become steadily more draconian over the years.

“It has been bad since 1993 and it is getting worse,” said Tursun Ghupur, 33, who comes from Kashgar but has been living in Beijing. “Usually for ordinary people it is OK. You can pray and you can observe Ramadan. But if you go to school and have a job with the government, you can’t be religious.”

Political scientists say the government’s strategy is likely to backfire.

“Particularly with the government crackdown on religion in Xinjiang, this has made more people see religion as a form of resistance rather than personal piety,” said Dru Gladney, a professor of anthropology at Pomona College specializing in Central Asia. “From the authorities’ standpoint, it’s really counterproductive.”

In recent months, Xinjiang has witnessed the deadliest ethnic violence since huge riots in the regional capital, Urumqi, in 2009. On the last weekend in July, the eve of Ramadan, Uighur protesters staged a series of ambushes directed against Chinese authorities, leaving 22 people dead.

At the very least, the restrictions on Ramadan undermine personal relations between Uighurs and Han Chinese.

The Kashgar doctor related an incident involving his nephew, a student at a junior high school. During the holiday, the boy was given a piece of candy by his teacher, who is Han Chinese.

“I’m doing well in school. The teacher likes me. She gave me candy,” the boy told his father late that day.

The father scoffed at the explanation. “She is only trying to tell if you’re fasting for Ramadan.”