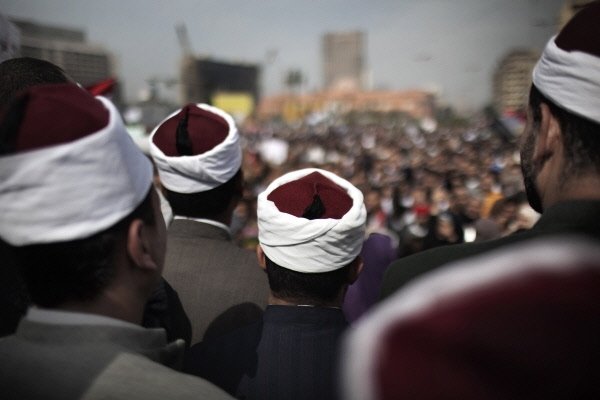 Like the great majority of the world’s Muslims, I am an orthodox Muslim: neither an “Islamist” nor a “radical jihadist.” Orthodox and authentic Islam is an inclusive, deep, beautiful and wisdom-based religion.

From the earliest times, Muslims routinely incorporated pre-Islamic institutions, laws and customs into their practice when they did not violate the Quran or the Prophet’s directives. In Malaysia, for example, this was known as adat Melayu, which had the force of law according to the Syariah.

Drawing on the Quran and the Hadith, Muslim historians, theologians and jurists developed an Islamic history and theology drawn partly from Christian and Jewish texts, commentaries, spiritual practice, theology and jurisprudence. The spires of Christian churches calling the pious with ringing bells metamorphosed into tall minarets from which the muezzinwould call the faithful to prayer.

And the distinctive dome of the Byzantine Orthodox Cathedral Hagia Sophia, built more than 30 years before the birth of the Prophet, was adopted by Muslims as a ubiquitous fixture of later mosques.

The past half-century has fostered the myth that all knowledge other than that contained in the Quran and the sayings of the Prophet are “un-Islamic.” But history shows us that it was an enlightened tradition of seeking out, engaging, embracing and absorbing knowledge and wisdom in all fields of human endeavour that is the true Muslim reality.

I am a Kuwaiti-born, Egyptian-American citizen. I grew up in Great Britain, Malaysia and Egypt, and have lived in the US since 1965, when I was 17. I attended Simpang Lima primary school in Klang, and the Victoria Institution in Kuala Lumpur, before studying at Columbia University in New York and graduate school at Stevens Institute of Technology in New Jersey.

We arrived in New York in December 1965 to a new life in the US, and I have served since 1983 at the Al-Farah Mosque in Tribeca, about a dozen blocks from the former World Trade Center.

Like my father, I have been deeply involved in interfaith work for well over a quarter century now with all faith communities, but mainly with Jews, Christians and Buddhists. In the aftermath of 9/11, as imam of a mosque so near Ground Zero, I was in demand as a speaker on extremists and terrorists, on the relationship between the Muslim world and the West, helping non-Muslim Americans understand the nature of the divide.

When I opened the floor to questions, they invariably fell into three categories: first was the “What is Islam?” class of questions, such as, “What is the difference between Sunni, Shia, and Sufi? What is the role of women in Islam? Does Islam believe in separation of church and state?”

The second category was what I called “The 9/11 questions,” such as “Why is bin Laden popular in the Muslim world?” “Why are Muslims so angry at America?” “Why do political liberation movements in the Muslim world use the language of Islam?” “Is suicide bombing allowed in Islam?”

The third category contained just one question, and while I succeeded in answering the questions very well in the first two categories, my efforts to provide answers to the third left me deeply dissatisfied.

This question first cropped up when my friend, Rabbi David Rosen, invited me to address the quarterly Board of Governors meeting of the American Jewish Committee on Dec 10, 2001 – 90 days after 9/11. The audience unanimously agreed with me that the status quo between Jews and Muslims was unacceptable.

I talked generally about mutually educating each other about our religions and cultures. At the same time, I knew cultural and religious appreciation could not by itself transform a relationship that had gone very wrong. Three months later, at the end of a lecture I gave at the Greenwich (Connecticut) Presbyterian Church, an elderly lady stood up and asked me, “What can a good Christian woman like me do to help?”

Here again was the same question, and I could not answer it!

And if I could not, who could? This question, hugely important to answer, stayed with me for months. I knew I had to do some serious study and thinking. I soon realised that to resolve the problems that people referred to as “Muslims versus the West,” or the “US-Muslim divide,” we all needed something concrete that could help bridge the growing polarisation between America and the Muslim world, and between Muslim Americans and their non-Muslim neighbours.

I spent more than a year analysing the problems and figuring out what it would take to bridge this divide.

The result was the Cordoba Initiative in November 2002 which I created with the help of my friend John S. Bennett, the former Vice-President of the Aspen Institute in Colorado.

We named it after the 300-year period (8th–11th centuries) of the Cordoba Caliphate (in what is now Spain) during which Jews, Christians and Muslims lived in the most enlightened, pluralistic and tolerant society on earth.

Cordoba began as a multi-faith initiative designed to bridge West-Muslim world relations by breaking the cycle of mistrust, misunderstanding and irrational fear that exists between Islam and the Western world. It became clear, from invitations to international forums, that it had to be multinational. With the support of then Malaysian Prime Minister Tun Abdullah Ahmad Badawi, we made Kuala Lumpur our Muslim world headquarters, with New York City our Western world headquarters.

One project of this initiative has been the Shariah Index Project to define the meaning of the term “Islamic State” from an Islamic legal point of view, and then to measure such “Islamicity” meaningfully – including that of non-Muslim-majority nations.

In the US, church-state separation is practically a religious precept; not so in the Muslim world. The work of this group is a powerful antidote to the perversion of Islam that is currently shaping so much of the political-religious discourse in the Muslim world. It is even more relevant now in the wake of the 2011 Arab Spring and the concern that many Westerners have about the role of Islamic religious parties, such as the Muslim Brotherhood in Egypt.

Cordoba House was another of the Initiative’s projects, designed as a community centre and a multi-faith space at 51 Park Place, in the same lower Manhattan neighbourhood of Tribeca, about 10 blocks south of my mosque on West Broadway.

My longer-term interfaith vision, which I had wanted to realise for 20 years, was to establish an Islamic community centre modelled on the Y’s – the YMCA, YWCA, YMHA, YWHA – originally religious institutions serving their own people that have become genuine, whole community institutions in American cities.

The remarkable 92nd Street Y, for instance, on New York’s Upper East Side, now reaches a diverse range of people with a rich variety of programmes, lectures, and concerts, though it was originally intended only for Jews.

I intended Cordoba House to be a “Muslim 92nd Street Y,” with an interfaith board, interfaith worship space, a dedicated Islamic prayer space (a mosque) in a building that would architecturally be thoroughly American – not a transplant from 13th century Cairo.

But Cordoba House, now known indelibly, if inaccurately, worldwide as the Ground Zero Mosque, became a flashpoint in 2010 for all of the unhealed wounds of 9/11, and for opportunistic Islamophobes throughout the US and the world. That this effort aroused such controversy and vitriol demonstrates the size of the task that confronts us if we truly wish to erase our misunderstandings and misconceptions. But it also became a kind of Rorschach test for Americans and people all over the world.

Our office received thousands of letters, e-mails and phone calls of support from all 50 states and around the world, from Indonesia to Israel. Michael Bloomberg, the Jewish Mayor of New York, held a press conference to proclaim the city’s tradition of religious tolerance. New Yorkers held candlelight vigils on our behalf. President Barack Obama defended our constitutional right to build Cordoba House where we wished. These expressions confirmed my deep conviction that the great majority of Americans did not want to be at war with Muslims or the Muslim world.

In his 2011 State of the Union address, Obama uttered a sentence unthinkable for an American president a decade ago: “And as extremists try to inspire acts of violence within our borders, we are responding with the strength of our communities, with respect for the rule of law, and with the conviction that American Muslims are part of our American family.”

The entire Congress – Democrats and Republicans alike – rose in a spontaneous standing ovation.

As I took in Obama’s words and Congress’ applause on my television screen, tears welled up. It was not only the President’s words; it was the immediate, spontaneous bi-partisan response of the Congress – and it took place after the controversy over Cordoba House had exposed many raw emotions on all sides.

I felt a rush of emotion, convinced that I was watching the key turning point for American Muslims, and potentially for the entire complex of relations between the United States and the Muslim world.

Truly, as the proverb has it, the night is darkest just before the dawn. US-Muslim relations had bottomed out: the only direction to go from here was up – which is one reason I am so genuinely hopeful about the future.

Agnostics and atheists can be as ethical or as immoral as any proclaimed Muslim. And it is with a deep sense of gratitude and pride to my Malaysian heritage that Prime Minister Datuk Seri Najib Tun Razak has championed this idea by launching the Global Movement of Moderates to rally all moderates of all religions against all extremists of all religions.

His speech on this at the United Nations last year, and at Oxford University in May, was widely regarded by US and European leaders, who are hoping that the new movements in the Arab world will look to nations like Malaysia as an example of how to build a successful and prosperous Islamic country that is democratic, religiously and ethnically pluralistic and moderate; a nation that confirms the overwhelming majority of the world’s 1.4 billion Muslims’ profound disagreement with the fundamentalist, narrow, parochial interpretations of Islam that have gained force in recent decades.

We are a nation (umma) that sees Orthodox Islam as far more beautiful, wise, truthful, open, and merciful: a tradition and a faith worth rescuing from the extremists.

■ This article is an extract from the introduction in Imam Feisal Abdul Rauf’s forthcoming new book, Moving The Mountain: Beyond Ground Zero To A New Vision Of Islam In America, which will be released by Free Press in May 2012.