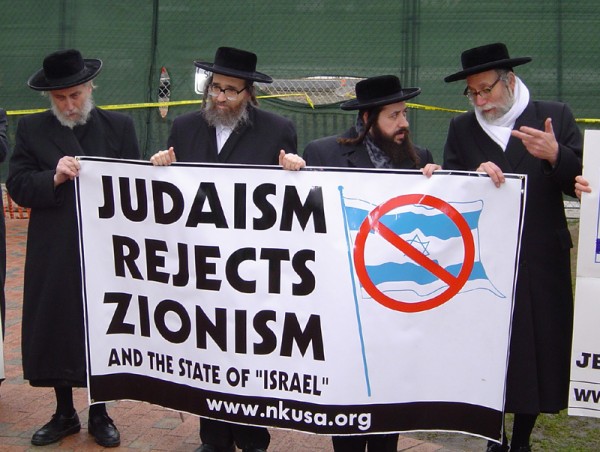 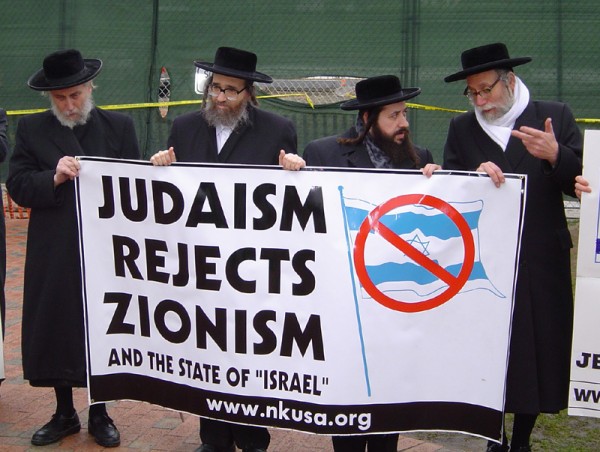 On the 22 July 2011, Anders Behring Breivik, an Islamophobic right wing Norwegian, set off a bomb outside the prime minister’s office in Oslo. He then entered a summer camp on the Norwegian island of Utoya where the youth wing of Norway’s ruling Labor party had been holidaying and shot dead 69 people.  He is now in solitary confinement awaiting trial.  Breivik had cobbled together a “manifesto” that layed bare his reasons for the attack and the motivations.  Under interrogation, he told police he had no regrets about the massacre because he had to save Europe from being taken over by Muslims and from multiculturalism.

A closer look at the  1,500-page “manifesto”,   A European Declaration of   Independence, which Brievik emailed to his online community hours before the crime, was replete with material and quotations from a small but tightly knit transatlantic network of anti Muslim demagogues and bloggers, of how Europe was becoming “Eurabia”, a myth propogated by Bat Ye’or. With a some exceptions, the names of his favourite inspirations read like a Who’s Who of  the Islamophobia industry. This underworld of the Islamophobic blogosphere which includes writers, self styled experts on Islam, dubious “historians” and from which Anders Brievik took his inspiration, has come under the spotlight since the horrific massacre.
European Far Right

Brievik cited heavily from the now notorious anti Muslim blog “Gates of Vienna” (GoV) run by a white supremacist Baron Bodissy.
His fellow Norwegian white supremacist Islamophobe, Pedar Jensen, was a heavy contributor to Gates of Vienna under the anonymous alias of Fjordman until he was interviewed by Norwegian police. Fearing for his safety, Fjordman has since gone into hiding.

Gisele Littman, better known as Bat Ye’or is a Cairo born Jewess, who fled in the 1950’s leaving behind everything she landed in England. She now lives in Switzerland.   She is the author of “Eurabia: the Euro-Arab Axis” and other books. She claims to be a historian on “dhimmitude”. Her works are alarmist in nature, she claims European elites made secret deals with Arab rulers to bring in immigrants to Europe in exchange for oil.  She gives dire warnings of impending “Dhimmitude” where Christian and Jewish Europeans would be servile dhimmis to their Islamic Arab overlords. Her theories have generally been dismissed by historians, but since 9/11 some like Bernard Lewis cited her work on Assyrian Christians. Islamphobes propogate her work and Brievik bought into her conspiracies.
On July 25th the Associated press reported that Bat Ye’or ” has expressed regret that her writing might have helped to inspire his rampage.” It is  perhaps not surprising that Bat Ye’or’s revisionist history of Christians and Jews living under Islamic rule, found an eager audience amongst Islamophobes. What is surprising is that a respected historian like Sir Martin Gilbert, who has received some flak from his peer group, would give her work credence in his book “The House of Ishmael”.  Further digging led to the not so surprising discovery that Sir Martin Gilbert is Jewish and a passionate Zionist as is the American historian Bernard Lewis who has also cited her in his books about Islamic history.The “Eurabia” conspiracy was eagerly lapped up by the European far right. For over a decade the far right in Europe has been critical of the immigration policies of their countries. The Vlaams Belang in Belgium, the PVV in Holland (Geert Wilders party) the Front National in France and the FPO in Austria, and the The English Defence League’swhich has a Jewish Division.
Geert Wilders, whom Brievik admires has called for the Quran to be banned. He was the subject of a BBC documentary “Europes Most Dangerous Man” and claims to have been to Israel over 40 times. His legal fees during his prosecution in the Dutch courts for incitement were met by Daniel Pipes’  “Middle East Forum”.The British journalist Melanie Philips, author of “Londonistan”, and columnist for the Daily Mail and The Jewish Chronicle was quoted in the “manifesto”. Philips is known for her right wing views, she was in favour of the Iraq war, in contrast to the majority of the British public.  Brievik cited her from an article she wrote describing the former Labour government as being guilty of “unalloyed treachery” for allowing mass immigration to “destroy what it means to be culturally British and to put another ‘multicultural’ identity in its place“.Seeking allies to further their aims and for funding the European right wing populists, and white supremacists have forged alliances with far right Zionist extremists. The traditional hatred reserved for Jews by these same far right extremists, has now been exchanged for a new threat, that of Muslims. To this end, there have been some bizarre alliances, amongst ultra nationalist Europeans and the far right Islamophobic Zionists in Israel and the USA.The Islamophobia industry has a network of funders, activists, and bloggers sympathetic to the far right wing Zionist aim of expanding settlements and ridding the land of Palestinians. For this they need to keep up a steady stream of propoganda, of the type that brought about the Iraq war.

Islamophobia became an industry after 9/11 in the USA.

The pseudo-academic Robert Spencer of Jihad Watch, was referenced 55 times in Brievik’s manifesto.  Robert Spencer a Catholic writer who is the director of Jihad Watch which is owned by  David Horowitz  and his  “Freedom Center”, publishes Front Page mag, whose columnists regularly churn out anti Muslim and anti Palestinian propoganda.Daniel Pipes, a neo con Muslim basher who was active long before 9.11 was mentioned over 18 times. The extremist neo-con blogger Pamela Geller of Atlas Shrugs is cited too. She operates an Islamophobic organization in partnership with Spencer, Stop Islamisation of America, which has a European sister organisation named Stop Islamisation of Europe.  Pamela Geller and Robert Spencer have been on talkshows and on Fox TV, giving them a degree of exposure, visibility and an audience. Geller was the ringleader in the controversy over the Cordoba House’s “Ground Zero Mosque” in 2010. Conservative media favourites like  Ayaan Hirsi Ali, Mark Steyn are quoted by Brievik as is the historian Bernard Lewis. PatrickBuchanan opined that  “Breivik may be right” about the supposed clash of civilizations between Western Christianity and Eastern Islam.
The Funding

Aubrey Chernick, is a publicity shy software tycoon with a personal fortune of $780 million. He and his wife Joyce Chernick are amongst the biggest donors  to David Horowitz’s Freedom Centre which owns Jihad Watch. Another recipient of their funds is Aish HaTorah, an organisation which claims to educate Jews about Judaism. With an office in New York this group has branches in and is active in the occupied Palestinian territories.

Aish HaTorah shares an office address with the mysterious Clarion Fund which produced “Obsession”, a DVD warning of the dangers of Jihad. The Clarion Fund was responsible for distributing over 25 million DVD’s in the US 2008 election race. “Obsession” had a roster of Islamophobic speakers warning of the dangers of Islam. Clearly it was a propoganda piece designed to scare voters into choosing a candidate that would continue the bloodshed and war in the Middle East, that had been the trademark of the Bush presidency since 9/11.America’s free speech laws zealously guarded in the first amendment rights,  and the nature of the internet provide a fertile breeding ground for extremist bloggers to propogate their hate free from any kind of scrutiny and with relative anonymity. The Arab spring proved how influential online social networking media can be in influencing opinion.
Zionism, Palestinians and the Middle East

What does all this have to do with the Middle East? American foreign policy, lobby groups, media propoganda and the demonisation of Islam, ultimately influences the politics and economies of not only Palestine, but the wider Arab and Muslim world as tools to be manipulated for an agenda. A selection of some of the more prominent personalites engaged in the Islamophobia industry gives us an insight into how the dots are connected:

“Let us fight together with Israel, with our Zionist brothers against all anti-Zionists, against all cultural Marxists/multiculturalists,” Breivik wrote in his manifesto.Commending Israel for robbing most of it’s Muslim citizens of civil rights, as opposed to the freedom Muslims enjoyed in Europe Brievik spoke highly of Netanyahu for including the Yisrael Beiteinu and the Shas parties in his ruling coalition. A number of Israeli professors were quoted in his “manifesto”, including Itamar Rabinovich and Eyal Zisser.

Ten years earlier, Netanyahu could barely conceal his glee when asked for his reaction to the 9/11 attacks. “It’s very good”, he gushed, then realising how it would sound, quickly added, “Well, not very good, but it will generate immediate sympathy”. This was a heaven sent opportunity to the Zionist lobby to propogate the myth of Israel and the United States as having the same enemy. In the heightened climate of fear, this propoganda of Islam and Arabs being the enemy found a receptive audience particulary amongst the millions of  Christian Zionists. Thus was born a whole new Islamophobia industry, complete with “ex Muslims” like Walid Shoebat, whose fake narrative has now been exposed as a sham. Brigitte Gabriel another rabid Islamophobic Christian Zionist is President of Act for America. She is also known as Nour Semaan and Hanan Tudor. Her talks denigrating Islam and Muslims are sponsored by hard right Zionist organisations.

David Yerushalmi, a Brooklyn lawyer who settled in Jerusalem, and is affiliated with Lubavitch Hasidic Judaism, has been the architect behind the anti-Sharia bills in the USA. He is Pamela Geller’s and Robert Spencer’s legal representive.

Aish HaTorah, the Jewish educational organisation which receives funds from Aubrey Chernick is active in the settlements of the West Bank, in Palestine. Most of the funds for the expansion of settlements come from the USA, from Jewish and Christian Zionist charities.

All of the writers and bloggers mentioned above have expressed their revulsion and distanced themselves from the carnage in Norway. Since coming under the spotlight, their reactions have ranged from expressing regret (Bat Ye’or) being on the defensive (Pamela Geller, Geert Wilders).

Gates of Vienna meanwhile has inferred that Anders Brievik may be working for ‘covert forces’. Frank Gaffney and Jihad Watch have have put forth bizarre conspiracy theories of the Noway massacre having being a false flag operation to silence the “counter jihadists” with dark hints that Brievik may be a convert to Islam. Debbie Schlussul, who like Pamela Geller is notorious for her pro Israel and anti Muslim rants,  has condemned the attack but crowed that it was “karma” for Norway, as it is an anti Israel country.

Up until the Norway massacre, the underground world of Islamophobic bloggers did not merit the attention of the law enforcement agencies. After Utoya, Europol announced a new EUR50 million fund to monitor far right extremism. Previsouly right wing extremism had been deemed as less worthy of attention and not as serious a threat as that posed by Al Qaeda and Islamists.

In an attempt to intimidate, denunciations of  “anti-semitism” followed at any attempt to link the ideology behind the Norway massacre to Zionist extremism. For too long these underworld hate mongers have tried to silence and stifle any debate on this subject. Is there a link between right wing Zionism and Islamophobia? Certainly more and more people and the mainstream media are now exploring this hitherto taboo subject and connecting the dots.