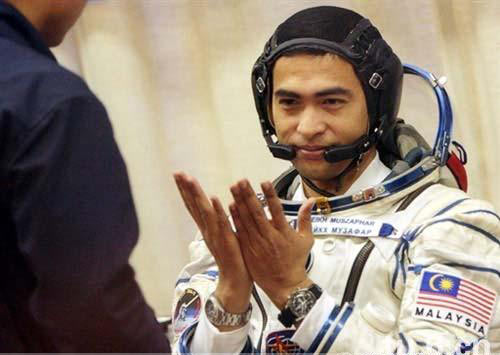 In Islam, worship is only one aspect of a wider guidance, encompassing and  directing the whole life of the individual and society. This includes a rational concept  of the universe and the role of humankind, their origin and end, their relation to their Creator, to all His creatures, to the society, and to the world at large.

Worshipping Allah is not confined to a specific place or a fixed time. Allah should be remembered and worshiped all the times and everywhere. During prayer, a Muslim communicates directly with the Creator, without any intermediary, neither priests nor any sort of clerical institution:

*{And when My bondmen ask you concerning Me, then, surely I am near; I answer the invocation of the invoker when he invokes Me; so let them respond (to) Me.}* (Al-Baqarah 2:186)

The five daily prayers are well-spaced along the 24-hours day, so that Muslims are kept in continuous direct contact and remembrance of Allah and His Guidance.

Mosques are built to bring together Muslims, fostering their equality, unity and universal brotherhood, but a Muslim can pray anywhere on earth. The Prophet, peace be upon him, is reported to have said:

“The earth has been made for me and for my followers a place for praying and a thing to perform tayammum (dry ablution). Therefore, anyone of my followers can pray wherever the time of a prayer is due.” (Al-Bukhari)

The manner of performing prayer is flexible enough to fit every individual whatever be the condition or the surroundings. If Muslims cannot or find difficulty in standing upright to pray, they can pray in a sitting position. If not, they can even pray while lying in a hospital bed or, in more critical conditions it is enough to move their eyelids while imagining the sequence of prayer:

Even in the battlefield, the Qur’an specifies a shortened prayer (prayer of fear):

*{And when you are among them, and so keep up the prayer for them, then let a section of them be upright with you, and let them take their weapons (to defend those who pray and to face the enemy). So, when they have prostrated, (finished their prayer) then let them be in your rear-guard; and let another section who have not prayed come up and so let them pray with you, and let them take their wary (precautions) and their weapons.}* (An-Nisaa’ 4: 102)

Similarly, during travel the prayers are shortened; and due to time constraints during travel, pairs of prayers (noon with afternoon, sunset with night prayers) can be combined, either earlier or later than their normal prescribed times:

Ablution using pure water, essential for performing prayers, can be replaced with the symbolic dry ablution in case of shortage or absence of water:

*{And in case you are sick, or on a journey, or in case any of you comes from the privy, or you have had contact with women, yet you have not found water, so have recourse to good soil, then wipe (most of) your faces and hands.}* (Ani-Nisaa’ 4: 43)

Being such flexible and adaptable to everyone under all circumstances, scholars of Islam have long derived, from the Qur’an and Prophet’s Sunnah, a wealth of answers to fit every aspect of life. So much so that early Muslim scholars have gone so far as to work out solutions and answers to many hypothetical situations or problems that might never exist.

More recently, when a Muslim astronaut, the Malaysian Muszapher Shukor, was to join the International Space Ship, Muslim jurists and other scientists, took no time to convene a conference arranged by the Malaysian Space Agency, to issue a complete guideline paper covering essential points needed for a devout Muslim during his travel or stay in space or on the moon.

It did not take much argumentation, nor did anybody challenge their conclusions. According to the guidelines, toiletry washing up is done using wipes/tissues instead of water. Ablution is by dry ablution, and praying is performed in any of the postures indicated above. Prayer times are defined for the 24-hour schedule following the time zone of the port from where the astronaut is launched.

Directing oneself to Makkah, a pre-requisite for prayer on earth, is neither possible nor does make sense in this case. According to the guideline, one should point himself to the direction of Makkah or the Earth, or whatever, whichever conceivable or feasible.

A Saudi scientist, Dr. Khaled Al-Jammaz of King Saud University, went further to prepare a detailed design of  a mosque to be built within the planned Moon village facilities. The design is equipped with all necessary facilities, including means to determine and direct prayers towards Makkah.

Life on the Moon: Possible?

A question remains: Could there one day be permanent habitation on the moon or in space stations orbiting the earth? This has long been the stuff of science fiction. Will science fiction always materialize one day into common reality? It is a fact that some or many past dreams have, with the advent of science, become true.

Abbas ibn Fernas, a Muslim scientist in Andalusia (Muslim Spain) attempted to fly using artificial wings to simulate the flight of birds. His dream came true only in the twentieth century.

Space travel to the moon, another piece of science fiction, came true with the first landing on the moon by Neil Armstrong in July 1969.

We can envisage further achievements of science and technology. Yet, reaching the moon and exploring space is one thing, and permanently staying and building a community there is another.

To live on the moon, one has to provide water, oxygen, food, special clothing to cope with low gravity, the intolerable range of temperature, -200 to 200 Celsius, protection against meteorites, cosmic radiation, and so on, among others.

Economic and logistic requirements are so prohibitive to rule out any such dream to come true in the near future. Humanity was created to live on this earth, and is a part of the ecological system in which all the biota, solids, water and air interact in a harmonized interdependent super intelligent design.

In this amazing creation of Allah, humankind is assigned the special status of vicegerency on earth, who are to wisely use the earth, according to the guidance of Allah:

*{Is not He (Most Charitable) Who answers the constrained person when he invokes Him, and lifts off odious happenings and makes you successors of the earth?}*

*{Allah is He Who has subjected to you the sea that the ships may run in it at His Command, and that you may seek of His Grace, and that possibly you would thank Him. And He has subjected to you whatever is in the heavens and whatever is in the earth, all together from Him. Surely in that are signs for a people who meditate.}* (Al-Jathiyah 45:12-13)

Taking humankind to live outside of this overall setup, is moving from the natural to the artificial. Whatever progress in science and technology the human mind could achieve, life in space would be working against nature.

In my opinion, the question is: Is it worth to spend prolifically on space research, while the whole planet is endangered and the human race is subject to all sorts of disasters, such as the spread of war, poverty, diseases, drugs, sexual and moral corruption and perversions?