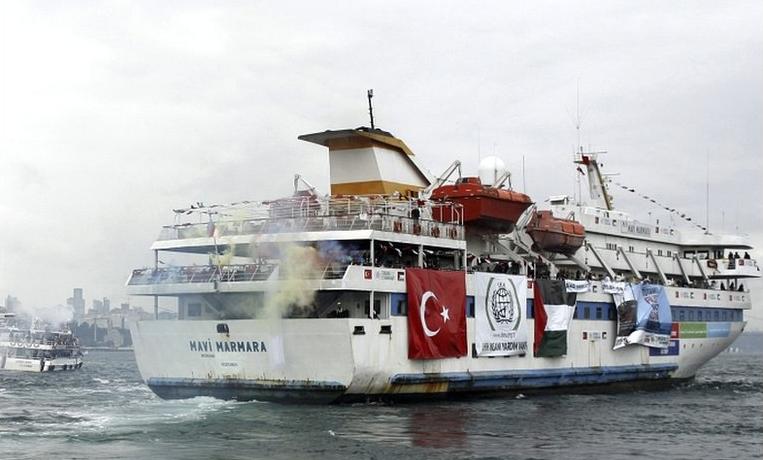 Turkey has said it will apply next week for an investigation by the International Court of Justice into the legality of Israel’s naval blockade of Gaza.

Speaking to Turkish state-run television during a gathering on Saturday of European foreign ministers in Poland, Foreign Minister Ahmet Davutoglu also reiterated Turkey’s support for efforts to win recognition for a Palestinian state through the UN.

On Friday, Turkey downgraded ties by expelling Israel’s ambassador and freezing military agreements with Israel after a UN report on the killing of nine people – eight Turks and an American man of Turkish descent – during an Israeli raid on a Gaza-bound ship a year ago failed to trigger an apology from Israel.

The UN secretary-general has said Turkey and Israel should improve their diplomatic ties and accept the recommendations of the report.

Aside from demanding an apology – and compensation for families – Turkey also insists Israel ends the blockade of Palestinians living in Gaza.

Israel says the blockade is needed to stop arms from reaching fighters affiliated with the Hamas movement that controls Gaza.

The UN report concluded that the blockade was “a legitimate security measure in order to prevent weapons entering Gaza by sea”.

Davutoglu said Turkey did not accept that conclusion, noting that it contradicted the UN Human Rights Council’s findings.

“We will start the application process to International Court of Justice within the next week, for an investigation into what the Gaza blockade really is,” Davutoglu told TRT news channel.

Turkey has also said it will pursue criminal cases against Israeli officials responsible for the killings.

Recep Tayyip Erdogan, the Turkish prime minister, feted in much of the Muslim world for championing the Palestinian cause, is expected to go to Egypt later this month for a visit that could deepen the rift with Israel.

There is speculation that Erdogan might go to Gaza through Egypt’s Rafah border crossing to show solidarity with the Palestinians.

While both Turkey and Israel are allies of the West, the two have become estranged in recent years, largely because of the Palestinian issue.

A Turkish official said there were tentative plans for Erdogan to visit Egypt on September 12, and, without specifying where, the official said Erdogan might go to another location during the trip.

Davutoglu warned that the democratic forces unleashed by popular unrest in the Middle East would stoke animosity toward Israel unless it changed its policies.

“Israel has to make a choice; the Arab Spring will bring about a significant enmity against Israel if it fails to change its attitude regarding regional issues,” Davutoglu said.