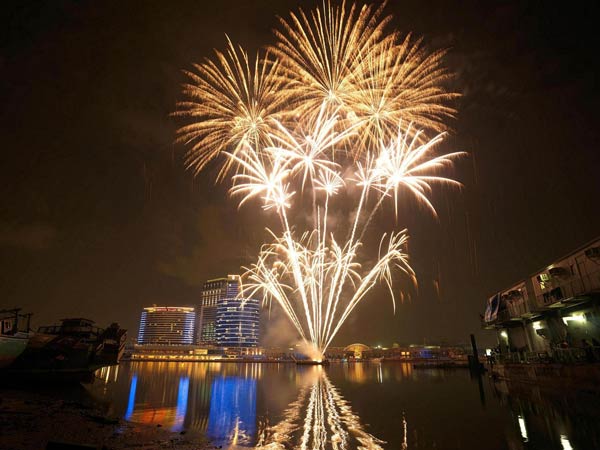 Eid Al Fitr which marks the end of the blissful month of fasting is an occasion, first, for reflection and then rejoicing in view of the conditions obtaining in the Muslim world today. In the first place, the gaiety and feasting within limits must follow, not precede, the thanks-giving prayers and distribution of obligatory dues (zakat Al Fitr). If this order of priority and this principle of proportion are observed in daily life, the spirit of saum will have been duly assimilated as a fortifying element of taqwwa — the highest attribute of a true believer.

It is this Taqwwa — a persistent feeling of the fear of God and self righteousness — that enables man to conquer his lower nature and to set before himself the noblest ideals of selflessness and the service of humanity. In this sense every Muslim must subject himself and herself to honest soul searching on this day so as to determine whether the month long observance of a divinely ordained test has really elevated him or her to a higher level of piety and virtuous action, not only in their own eyes but also in the eyes of others  and whether it has equipped each one of them better in relation to their duties and obligations, spiritual and mundane.

One basic message Ramadan gives every year is the declaration and establishment of human rights in the Quran, which started to be revealed in such a month more than 14 centuries ago. It reminds Muslims to secure the basic human rights: to safeguard the true faith in the one God, and to develop spirituality, morality, knowledge and social solidarity. During the whole month Muslims offer more prayers, read and listen to the Quran daily and undergo a rigorous drill in self-discipline and self denial.

They pay zakat to the poor and have more contacts with other Muslims. Ramadan would be meaningless if its message of reform was not felt in the behaviour of the individual, society and state. Although Islam has been keen to establish and secure the human rights in a comprehensive way, it has opened the way for any human addition which may support and clarify these principles and provide more legal and practical safeguards. Any way which may support justice can be considered a part of the Islamic law (Shariah) even if it was not indicated in the Quran and Sunnah, and any means which ensure justice should be incorporated  in Shariah. Being the last divine message, Islam has made a generous allowance for the use of human intellect to cope with continuously changing circumstances, provided that such practice of ijtihad conforms with the general principles of the Quran and Sunnah, and does not contradict  any particular rule indicated in either of those divine sources. In this situation it becomes the duty of ulema to take a stand for justice which in many Muslim countries is lacking seriously. They should keep on emphasising the essential elements  for a full resurgence of faith based on the divine declaration of human rights: “call to mind when ye were a small (band), despised through the land, and afraid that men might despoil and kidnap you; but He provided a safe asylum  for you, strengthened  you with His aid, and gave you good things for sustenance: that ye might be grateful” (8:26), “God has  promised to those among you who believe and work righteous deeds, that He will, of surety, grant them in the land, inheritance (of power), as He granted  it to those before them; that He will establish in authority their religion—the one which He has chosen for them;  and  that He will change (their state), after the fear in which  they (lived), to one of security and peace: ‘they will worship Me (alone) and

What the Muslim Ummah needs today is a true understanding of the spirit of Islam — and that demand of them a going back to the Holy Quran with all sincerity. Let us prove ourselves worthy of it to be able to share it with others. Let us harbour no doubt about the  ultimate outcome. Let there be no fear in

our mind of the material superiority of the forces of evil.

Virtue and righteousness do not remain companionless for long. As we gather today in large congregations  all over the country, let us seek the blessings of Allah in all humility that in facing  up to the present problems in  the life of  the Muslim nation, we  do not falter.