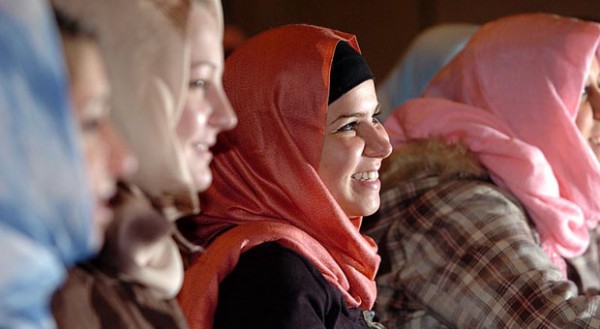 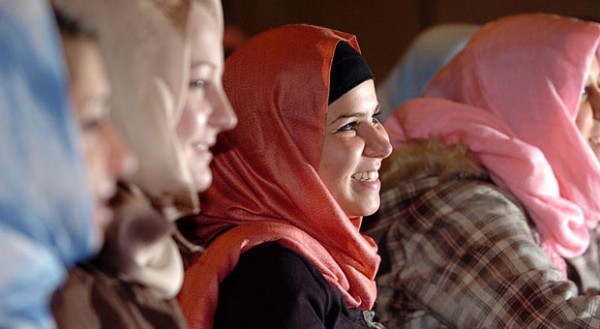 If you ask most Muslims what they enjoy most about Ramadan, undoubtedly some will include the sense of community they feel. Their days start off with eating suhoor with family before dawn and their nights pass by with invitation upon invitation from friends to break fast together at sunset. It’s a great experience for most in that regard as we feel closer to those around us simply because we spend that much more time with them.

I was speaking to a young woman named Natalia in my community last night that I hadn’t seen for quite some time. She jokingly told me that Ramadan is interesting for her because each year her family offers her food and she tells them she can’t eat it because she’s fasting. They respond by asking, “Oh, you’re still Muslim?” It’s not an experience that her family shares with her.

Another young woman told me her experience fasting during Ramadan was hard for her because her family wouldn’t accept her Islam. When it came time to eat lunch, her father would put a plate of food in front of her because he refused to acknowledge that she was a Muslim. She was then torn between what she should do and not having a community to turn to at that time made it that much harder.

The convert experience in Islam is one that is tough for many. Muslim communities throughout the world get excited when someone enters into their doors saying they want to accept Islam. There are hugs and laughter and a large uproar – and then everything stops and the convert has to figure out how to move forward on their own. Trying to navigate through the diversity of legal and theological opinion in Islam can be tough enough, but doing so while navigating through the cultural diversity that exists, all the while questioning yourself and wondering what parts of your identity you need to abandon to fit in makes it that much harder. We don’t do a good job in taking care of our converts

During Ramadan it’s that much harder. Every Muslim’s family is not Muslim. Every Muslim does not have a family to eat suhoor with or have iftar with. How many iftars have you hosted or attended to which a convert was invited? Our consciousness doesn’t seem to extend to this place.

We started a program at our center called Conver(t)sations to create an entry point into the community for those who embrace Islam at a later point in their life. In setting up the program, we interviewed around 50 converts from our community here. The group was diverse in in terms of its ethnicity, age, profession, how long they had been Muslim, and were both male and female. We asked them questions about their experiences, heard their stories, took their insights, and then analyzed to see common trends in the data. Most of them shared one thing in common: after becoming Muslim they felt alone.

A young man mentioned to me that his family had been completely fine with his conversion, but no Muslims really included him in anything. He expected that the local mosque would welcome him in and invite him to things, but he found that if he didn’t make a point of going on his own, no one really asked him to come. No one checked in on him, asked him how he was doing, or if he ever needed anything. His mother would call him daily to wake him up for suhoor, which he proceeded to eat on his own and then waited til sunset to break his fast alone as well.

As part of the Conver(t)sations program, we hosted a panel at our annual conference that featured twelve converts from our community along with Imam Suhaib Webb, a really great man that I look up to and aspire to be like who himself is an American born convert. I facilitated the conversation with an audience of about 700 and we started by asking each panelist to share briefly why and how they became Muslim, and then got into discussion that you tend to not hear about the convert experience. Why was it hard? What was it like dealing with the Muslim Community? What kind of resources did you wish you had? The majority of the audience was left in tears and afterward said they didn’t realize what the reality of the situation was. You can check out video from that panel here:

In general we should start asking people in our communities what their needs are. It’s the easiest way to know and understand what kind of programs and services to provide. You don’t have to assume what people need – just ask them. They can tell you themselves.

In regards to the convert experience, make a point to invite and include those who are new Muslims to your gatherings, as well as just people in general. You can start in the next couple of weeks. The day after Ramadan is the holiday of Eid ul-Fitr. When you are celebrating with loved ones and friends, understand that it will mean so much to someone who doesn’t have a family to celebrate with if you included them in your gatherings. The number of converts that I’ve spoken with that say Eid is such a lonely day is unfortunately huge. They end up going to prayers in the morning and then maybe to a diner afterward, and that’s the end of it. Don’t let that be the case this year.

Let’s start in these last 10 days of Ramadan in really understanding the convert experience in Islam. Aside from educational programming, we should set up meaningful programs and develop organic relationships that help meet the social and community needs of those who converted into the faith. It’s something we’re all able to do and should be doing, both in Ramadan and beyond it.