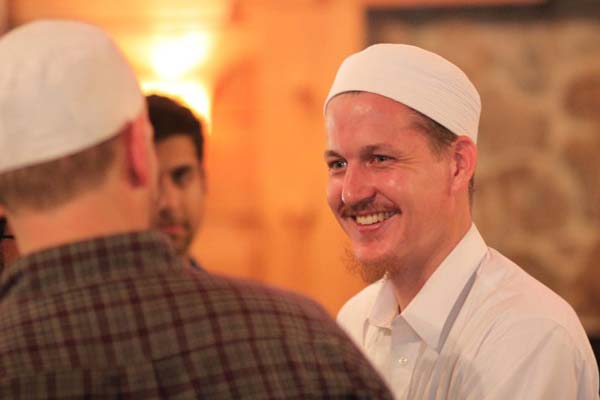 In building off of my post on Muslim relationships –Why is it so hard to get married? , it’s pretty evident that I think we have some issues to work out. These issues, however, can’t be approached in a simplistic way, but rather need to be understood as being multi-faceted and complex.

I left off saying that we need to have something that guides men through the relationship process. More often than not, when we hear lectures around gender roles and responsibilities in Islam, these pertain to women. In the very few instances that we hear a lecture dealing with men or male responsibility, it’s done in a way where there is criticism, but no discussion of solution. We’re really good at pointing out the problem, but not so good at dealing with it. Someone can tell me that I need to be a good son, a good husband, or a good father — but no one is telling me how to actually be these things, especially through a lens of Islam.

The absence of strong, male role models in society in general, and within the Muslim community in specific, makes it that much harder for a young Muslim man to know what responsibility really means religiously. How many of us were ever taught how we’re supposed to treat women from an Islamic standpoint versus a cultural standpoint? It’s important here to not think in absolutes — meaning not knowing how to treat a woman doesn’t necessarily mean that one mistreats women. How many of us were really ever sat down and told how to respect and uphold responsibilities as young men and then saw those words manifest themselves into actions by the male figures who we looked up to while growing up?

If I don’t know what my responsibility is as a young man, how will I really know what to look for when I am trying to find a woman to spend the rest of my life with? More importantly, why would anyone want to marry me?

I travel a lot for speaking engagements and on a recent trip to the south a few months back I was approached by an elderly man in his 70s after one of the lectures I gave at his mosque. He asked me if I could speak to him in private and when we sat down he began to cry.

He said that when he was younger, his father hardly spoke to him and only really engaged him when he did something wrong. He was always very somber and distant, and this man found himself being the same way with his wife and children after he got married. His wife left him eventually and then his children stopped talking to him. He said his father never seemed happy in his marriage or with his children and so he didn’t think it was a big deal that his own marriage wasn’t a happy one and that he never tried to be a part of his own kids’ lives. Now, after seven decades of living, he was alone, had no idea how to bring them back in his life, and regrets not ever learning how to be better for them.

In the Quran, the prophet Abraham, peace be upon him, is referred to in Arabic as fata, a young, noble man who knows how to handle his responsibilities. His sense of integrity and commitment are remarkable. From this word fata is derived the Arabic word, futuwwa, which essentially translates as chivalry. Being gentle, loyal, modest, honest, compassionate, humble, trustworthy and selfless is having futuwwa.

In the medieval period of Islam, orders were established around this principle of futuwwa that emphasized members uphold these traits and seek to serve society, putting their needs after the needs of those around them. They would teach young men how to honor their responsibilities while today we are forced to figure it out on our own. Chivalry is in our tradition. We just have to embrace it again and empower individuals to be those role models that our community’s are desperately in need of.

I have always been impressed by an undergraduate club at NYU called “The Gentlemen of Quality”. Their mission statements reads:

“We, the Gentlemen of Quality, are a brotherhood dedicated to the principles of leadership, service, and scholarship. We seek the academic, social, and cultural enhancement of our communities, irrespective of race, color, creed, and religion. We recognize, respect, and affirm the diverse backgrounds that bring us together to positively impact the NYU community. We aspire to set standards that will be built upon by future leaders. Through these principles we strive to Keep Inspiring and Nurturing a Gentleman’s Spirit.”

The Muslim community needs a similar program or organization for young men that emphasizes and redefines success and achievement for us in terms of character, not just simply job titles, credentials and salaries. Patterns of emerging adulthood are much later these days in men across diverse backgrounds than they were years ago. Meaning the maturity of an 18 year old today isn’t the same at his counterpart from twenty or thirty years ago.

Our communities need to bring in well-rounded individuals who understand youth development as a science and build programs from an early age that help boys embrace their sense of responsibility. We should hire professionals in this regard and not rely on volunteers, as good as their intentions might be.

Of course much of the same can be said about women, but I don’t think we need to always present both sides of an issue. It sometimes justifies for us our complacency. This isn’t meant to be a “well girls also need to be better moment” as much as it’s not meant to be a “let’s hate on men moment.”

Islam is about learning to deal with reality and the reality is we right now have many issues around marriage in the Muslim community. Race and ethnicity, culture, socio-economic realities, divorce, ego, domestic violence, mental health issues, pornography, adoption, infertility, loyalty, intimacy, communication, fidelity, in-laws, and much more are all things that can be a part of this discussion. Unfortunately, Ramadan is only a month long and this conversation is much longer than that. Perhaps after a month of fasting, spiritual reflection, and contemplation we’ll be ready to have it.

Read Part 1 of this article. Why is it so hard to get married?