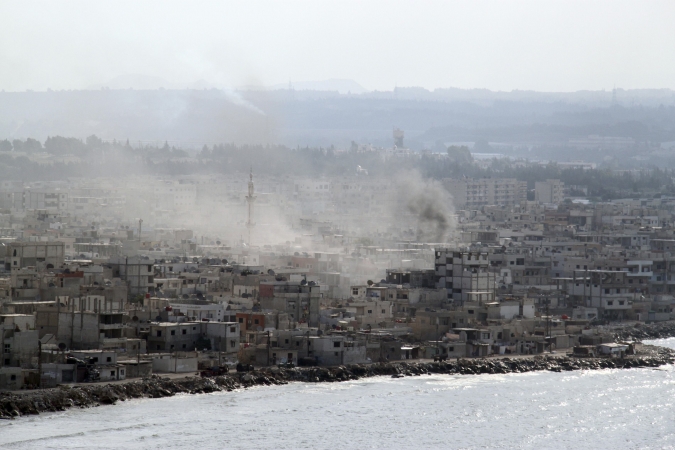 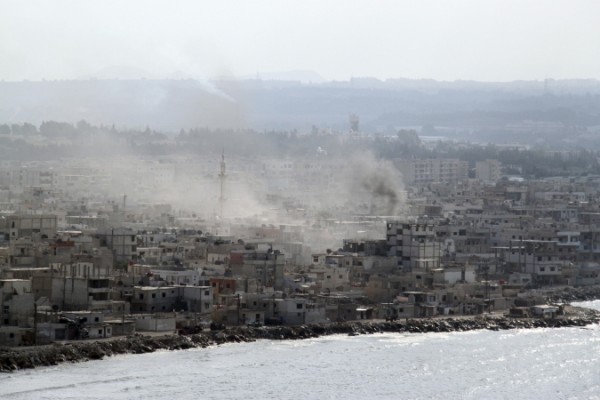 Syrian forces for the first time deployed naval power in an attempt to quell an anti-government uprising, pummeling a coastal city that one activist described as a fortress of support for the country’s rulers until nationwide protests recently grew larger there.

The use of gunboats and tanks in Latakia on Sunday is likely to antagonize Western powers and Syria’s neighbors, who have been pressing for an end to the violence. Turkish diplomats said they extracted a promise from President Bashar Assad last week to curb the use of force.

Instead, the violence appears to have increased, especially in major cities — a possible sign that the country’s rulers feel they have little time left to crush the rebellion before they face harsher punishment from the international community.

Witnesses and activists said fire from gunboats and tanks shook the southern parts of religiously mixed Latakia starting just before dawn. At least 25 people were killed and an estimated 100 wounded, said the activists, who added that the attacks appeared to be a response to large protests that broke out in the city Friday.

For the second day in a row, uniformed and plainclothes security officials stormed parts of the city. Activists charged that they were shooting people in the streets of the impoverished Ramleh neighborhood, where many Palestinian refugees and their descendants reside.

“I have never seen anything like this,” said one activist, a 28-year-old graduate student who gave the name Abu Yousef. He said he had received a minor gunshot wound to the shoulder over the weekend while trying to help a friend.

“The offensive started at 5 a.m. and has not ceased for a second,” he said by telephone. Gunfire and explosions could be heard in the background.

“The gunfire is so arbitrary. Entire buildings are being shelled with heavy artillery. The bodies stay on the streets because we are unable to leave our home and get them. They shoot and kill animals passing through the streets,” he said. “They kill every cat or pigeon they see. The smell of death is around us.”

In addition to the heavy fire in southern neighborhoods, activists said violence in Latakia over the weekend extended far into the city center, including Ugarit Square, known for its ancient Roman ruins. Snipers were taking positions atop buildings and inside homes, Abu Yousef said.

At least 2,000 Syrians have been killed in the five-month uprising, possibly many more. The Local Coordination Committees, a network of activists, alleges that authorities in Homs, Syria’s third-largest city, have begun systematically killing detainees in an attempt to discourage participation in the protest movement.

“Dozens of detainees have been killed a few days after their detention in the various security branches since the beginning of August,” said a circular distributed by the group.

The report could not be confirmed. Syrian authorities are keeping nearly all foreign reporters out of the country.

State media denied the use of warships against Latakia despite amateur video posted to the Internet and broadcast on pan-Arab news channels that showed at least one gray naval gunboat off the city’s shore. Activists alleged that two or three naval vessels were deployed against Latakia.

Official media blamed unidentified gunmen for the deaths of two members of the security forces in Latakia, a common refrain during the uprising that is usually dismissed by all but the government’s most ardent supporters.

Syria’s use of heavy weaponry is a risky strategy. It was Moammar Kadafi’s use of tanks and warplanes against civilians in eastern Libya that prompted the imposition of a no-fly zone and the launch of a NATO-led bombing campaign against his forces. The United Nations Security Council is scheduled to discuss the unrest in Syria on Thursday.

President Obama spoke by telephone Saturday with King Abdullah of Saudi Arabia, who withdrew his country’s ambassador to Syria a week ago to protest the violence. “They agreed that the Syrian regime’s brutal campaign of violence against the Syrian people must end immediately,” the White House said.

A recent swelling of protest activity in Latakia may pose a special challenge to Assad. The city is the de facto capital of Syria’s Alawite Muslim minority, of which Assad and his family, as well as the upper ranks of the security branches and armed forces, are members. The Shiite Muslim sect dominates politics, business and the security apparatus of a nation that is at least two-thirds Sunni Muslim.

Activists say armed plainclothes police have been intimidating potential opponents in the city for weeks.

Ahmad Abdullah, an activist in hiding from authorities who visited Latakia two weeks ago, described it as “Assad’s fortress.”

“Syria is one thing and Latakia is another,” he said. “Latakia is a different country.”

Despite this, protesters have been taking to the streets, especially at night and in the scenic city’s long-neglected poorer districts. Sunnis, Palestinians and small numbers of Alawites took part in large protests Friday, said another well-known activist in the city, who spoke on condition of anonymity.

The gunboat fire was directed at areas where Palestinians live, the activist said, adding that Alawites who support the opposition have to be careful as well because there are so many Assad supporters in the city.

Abdullah said there was a history of animosity between Alawites and Palestinians. But targeting the Palestinians poses risks for Assad, especially among Syria’s Muslim neighbors. Syria has long fashioned itself as a champion of the Palestinian cause of self-determination in lands occupied by Israel.