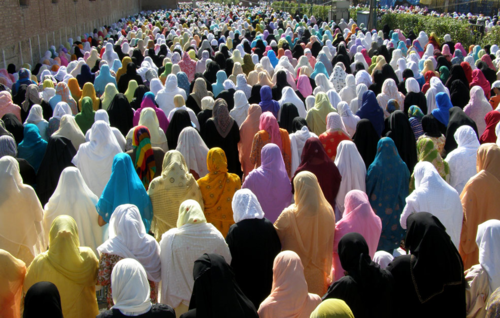 Improving the standing of our community can often be met with a defensive attitude, as if we’ve been defeated and need to step-up and prove the naysayers wrong. However we have a responsibility to maintain and continually improve ourselves for our own sake, and if for nothing else, the sake of those around us, and those who are yet to join us as Australian Muslims.

Improving ourselves and bettering the community is perhaps a clichéd catchphrase that you’d expect to see on event posters, mosque hand-outs, mass SMS’s, or the latest Facebook event doing the rounds. But we, as Australian Muslims, here in our local community we can do more for ourselves than we presently do, and maybe in the process bypass the need to prove ourselves, and instead showcase our abilities to be serious about our faith and community.

I’ve yet to mention the “E” word which embellishes the title of this article, but the discussions that arise from the need for equality in our community, which sometimes become heated debates, are wide ranging and have an immense bearing on multiple facets within our community.

Looking at our community broadly, it is quite easy to identify who the most active & fervent members are. They are usually women.

No doubt men play an important and valuable role, but when it comes down to the number of active participants on University campuses, at the local mosque, or within community focused groups, women are easily the more active. There are men doing great things, and important work, but if you’ve been to a University Muslim Society event recently, or an Islamic course, or to a community function, more often than not it is the women actively working for their community in great numbers.

So where is the inequality?

The representation of our community is overwhelmingly carried out by men. Whether it be a Mosque Association, University Muslim Association (although this is changing), or a Community Association, we tend to see ubiquitous amounts of men, not only in leading roles, but also on the boards and executive committees of these groups.

It would be fair to argue that roles should be based upon merit and skills, and not on ones gender, and hence that doesn’t mean women should make up half of the leadership roles just because they’re women. However experiences, and the disproportionate under-representation of women in the myriad of community organisations that exist, point towards a culture of silent sexism.

If looking at some of the largest Islamic organisations that exist in our community, without the need to mention any names, you would be hard pressed to find a woman in a leading role or in a position to heavily influence an executive committee. Yet often the decisions and representation that these organisations present have a direct bearing on women in our community.

This is not an initiative aimed at isolating organisations, creating new ones, or pointing the finger from one gender perspective at the other. On the contrary it is an invitation for both men and women in the community to think about cultures that exist, the organisations that are supposedly representing an entire community, yet don’t allow or consider input from one half of it, and to speak out or be involved in the reform that is required.

There are a plethora of issues in our community, but when the starting point is from the perspective of one gender you’re only aiming to achieve or tackle half of it at best. The notion that all men representing our community or involved in organisations are sexist, is false. It is usually the cultures and unspoken traditions or habits that have formed through generations that linger even though we know better.

Sexism and gender inequality are issues not just for Australian Muslims, but for all Australian as they unfortunately exist in every facet of our society. From our workplaces, classrooms, sporting fields, and even to the chambers of parliament.

Acting on this issue will impact the entire community and hopefully give the attention required to many issues that exist. Issues which may be unfamiliar or denied like domestic violence, post-natal depression, inclusive prayer facilities, and harassment.

In this month of Ramadan, it is wise for Muslims to reflect and to aim to reform any of their shortcomings, even the small ones. As a community, of mixed cultures, men and women, we can aim to work mutually towards reforming equality. It is not a diversion of faithful regulation, but an amendment of cultural practices.

The views shared in this article may or may not be entirely representative of organisations that I am engaged with.