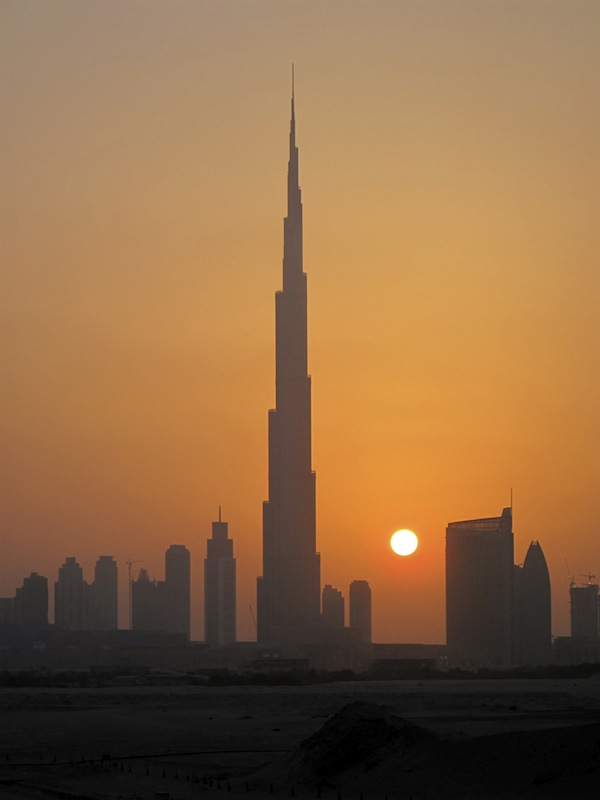 The Burj Khalifa is seen as the sun sets over Dubai

Muslim residents of Burj Khalifa in Dubai, the world’s tallest tower, have been advised to begin and end their Ramadan fast depending on the floor they live in.

Dr Ahmed AbdulAziz Al Haddad, Chief Mufti and Director of the Ifta (Edict) Department at the Department of Islamic Affairs and Charitable Works in Dubai, told Arabic daily Al Emarat Al Youm, that those living on up to 80th floor of the tower can have their Suhoor (meal for beginning of fast) and Iftar (meal for ending thefast) along with other residents of Dubai. But those on floors from 81 to 149 and from floors 150 to 160 should delay their Iftar by two and three minutes, respectively. Likewise, they should begin their fast two and three minutes earlier than other Dubai residents.

Religious authorities insist that Muslims fasting during the holy month of Ramadan must ensure the sun can no longer be seen on the horizon before they end their fast.

“Burj Khalifa is almost one kilometre high, which means people in higher floors can still see the sun after it has set on the ground,” Dr Haddad told Reuters on Sunday. “Therefore, they can’t end their fast like the rest of the city, there’s a two-minute time difference,” he said.

Dr Haddad said a Muslim cleric faced a similar problem a thousand years ago when asked if guards atop the Lighthouse of Alexandria should end their fast with the rest of the city. “His answer was that they could only end their fast when they see the sun has gone down by themselves,” Dr Haddad said.

According to the Chief Mufti, there is a difference in timings for Maghreb, Isha and Fajr prayers for those living on higher floors and those near the ground floors of Burj Khalifa.