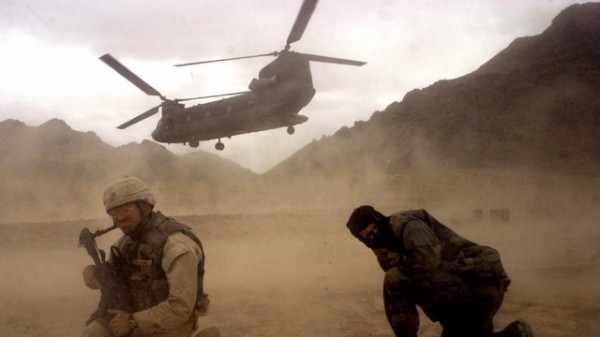 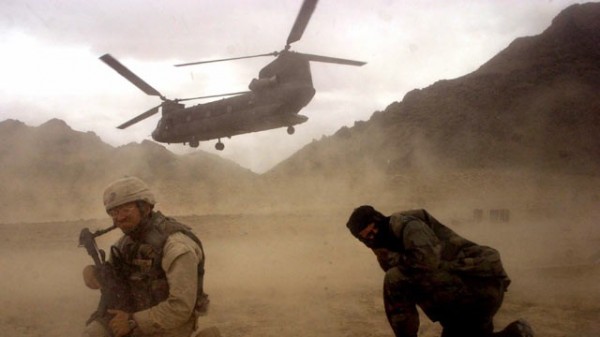 Thirty members of the American special forces have been killed in Afghanistan in the deadliest day of the 10-year war for US military personnel when the Taliban shot down a Chinook helicopter. The majority of those killed were from Navy Seal Team 6, the unit that killed Osama bin Laden in a night-time raid deep into Pakistan, but are not the same personnel.

Eight members of the Afghan National Army were also killed when rebels destroyed the massive double-rotor transport helicopter with a rocket-propelled grenade.

The Taliban claimed they had downed the helicopter with rocket fire while it was taking part in a raid on a house where insurgents were gathered in the province of Wardak. It said wreckage was strewn at the scene.

Nato confirmed the crash and added that there “was enemy activity in the area”. But it said it was still investigating the cause and conducting a recovery operation. It did not release details or casualty figures. The attack came during a surge of violence that has accompanied the beginning of a reduction in Nato and US troop numbers, and showed how deeply entrenched the insurgency remains.

Barack Obama paid tribute to the victims of the crash. “We will draw inspiration from their lives and continue the work of securing our country and standing up for the values they embodied. We also mourn the Afghans who died alongside our troops in pursuit of a more peaceful and hopeful future for their country.”

In a statement to the US president, Hamid Karzai, the Afghan president, expressed “deep sorrow and sadness”.

The previous most deadly day for US personnel in Afghanistan was in June 2005, when 16 Seals were killed after a Taliban rocket hit a Chinook in the eastern province of Kunar. American officials said that 22 of the dead from yesterday’s attack were Seals.

At a time of collapsing public support for the Afghan war in the US, where the conflict is increasingly seen as too expensive and possibly unwinnable, the deaths of so many soldiers is likely to increase pressure on Obama to speed up the withdrawal of US forces. In a statement, Obama said the deaths were “a reminder of the extraordinary sacrifices made by the men and women of our military and their families, including all who have served in Afghanistan”.

Officials in Wardak, a province on the western doorstep of the Afghan capital, said the helicopter was shot down at 3amon Saturday in Sayedabad district.

One of Nato’s intelligence “fusion cells”, where information from informants and mobile phone intercepts is pored over by hundreds of analysts, would have been responsible for pinpointing the target of the mission, a senior Taliban commander called Sheen Marouf.

He was believed to be with his men in a compound in Joi Zareen, a town in the Tangi Valley, where there is a strong Taliban presence.

In an email to journalists, Zabiullah Mujahid, a self-proclaimed spokesmen for the Taliban in Afghanistan, said the Taliban fighters fought back from the moment the helicopters arrived.

Roshanak Wardak, a former member of the Afghan parliament and director of the district hospital, said the helicopter had just taken off after completing a mission in which up to eight insurgents were killed and was attempting to leave the area when another Taliban group fired at it.

“This whole area is on the side of the Taliban, so as the helicopter was leaving a group nearby opened fire,” she said.

In a sign of how entrenched the insurgency is in the area, Wardak said one of the Taliban killed was the son of her driver. She added that helicopters had continued to buzz round the area throughout the day conducting recovery operations.

“The US helicopter was shot down by the Taliban as it was taking off,” provincial spokesman Shahidullah Shahid confirmed. “It was hit by a rocket fired by the insurgents.”

The Taliban said a rocket-propelled grenade brought down the helicopter. That it was only a lucky shot from such a relatively inaccurate weapon was the cause of the disaster will be some comfort to Nato officials. They have long fretted that insurgents might get hold of the sophisticated surface-to-air missile systems that largely deprived the Red Army of its air advantage during the Soviet occupation of Afghanistan in the 1980s.

Although there have been reports of such weapons systems being smuggled into Afghanistan from Iran, the insurgency has had relatively little success in attacking aircraft, given the huge amount of helicopter traffic in a country with few roads.

The incident also marks a dramatic change of fortune for US special forces after the daring midnight helicopter assault that killed Bin Laden in May.

Last year it was revealed that the US covered up a reported surface-to-air missile strike that shot down a Chinook helicopter over Helmand in 2007.

In the past two years night raids have become a key weapon in the fight against the Taliban, with up to six operations carried out every night. The extraordinary pace of operations has been credited with weakening the insurgency in some areas, forcing the Taliban to replace killed or captured commanders with younger, less experienced men. Night raids have frequently enraged public opinion, however, and President Karzai has repeatedly called for them to be scrapped.

However, Nato officials say that it is far preferable to conduct such operations at night because this greatly reduces the risk of all-out battles that could create even greater public anger. They claim that 80% of operations lead to the target being successfully arrested without a shot being fired.