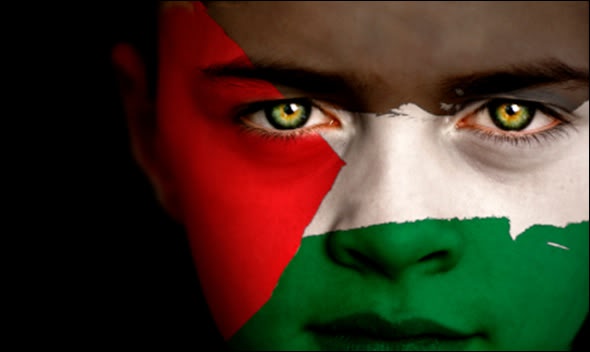 Leading members of the Palestinian Popular Committees in the West Bank plan massive civil unrest and disobedience against the Israeli occupation authorities come September when the Palestinians take their case for statehood to the UN.

“We plan to take to the streets en masse,” Musa Abu Maria, a leading member of the Popular Committee in Beit Ummar, a town 11 km north of Hebron in the southern West Bank told IPS. “We will block entire highways leading to and from Israel’s illegal settlements. We will march on settlements. But these will be non-violent and the protestors will be peaceful.

“We have worked out creative strategies to bring the occupation increasingly to the attention of the international community and the world media. We will be coordinating with our international supporters in Europe and America to increase international recognition of the Palestinian predicament as the tide turns in our favour,” added Abu Maria.

The Israeli government, intelligence agencies and security forces have been preparing for an outbreak of Palestinian protests in September as they expect the UN General Assembly to overwhelmingly endorse the Palestinian bid for independence.

The country’s security forces have been holding military drills in preparation for massive clashes. Meanwhile, the political leadership has engaged on a lightning tour of Europe trying to win the support of “quality European countries”, as the Israeli government put it, to vote against Palestinian statehood.

The Israeli government is hoping that the economically and politically stronger members of the UN will side with Israel as approximately 140 UN members from “developing and Third World” countries, amongst others, are expected to vote in favour of Palestine.

The Palestinians are steaming ahead with their strategy.

Last week in a politically ground-breaking move independent of the official PA and Hamas leadership, more than a thousand leading political activists and leaders from across the entire Palestinian political spectrum converged on Beit Ummar for a three-day conference to plan the Palestinian strategy for ending the Israeli occupation.

The three-day conference was held in three different villages where the strongest Friday protests against the expropriation of Palestinian land for illegal Israeli settlements have taken place.

“We told the various leaders that if they wanted to put their own party politics ahead of liberation, then they were not welcome at the event. However, if they were determined to work for liberation and the unification of the Gaza Strip and the West Bank politically and geographically then they would get our support,” Abu Maria told IPS.

According to Younis Arrar, a leading member of Fatah, the West Bank Popular Committee leadership and an employee of the PA, the support of the entire Palestinian leadership has been confirmed.

“They will get their supporters to take to the streets in their thousands on a massive scale. We are not talking about the current spot-fire protests in a number of West Bank villages but dozens of Palestinian cities, towns and villages across the Palestinian territories following the call,” Arrar told IPS.

“The Israelis fear non-violent mass civil unrest more than anything. They are hoping that we will turn violent because they can use their superior military force to crush us as they have always done. But we will stick to unarmed resistance,” added Arrar.

“I believe the Israelis will ensure at least some fatalities by shooting high-velocity teargas canisters directly at heads or aiming fire with live ammunition as they have done regularly in the past.”

Some of the planned protests in the West Bank will include bicycle rallies and other demonstrations with political themes. In the West Bank village of Nabi Saleh villagers have set up tents, Egyptian revolution style, to highlight the continued theft of their land for the adjacent Israeli settlement of Halamish.

Apart from mass marches and protests the Popular Committees are working with various grassroots organisations in Europe, including the Boycott, Disinvestments and Sanctions (BDS) campaigners, who are going to hold parallel protests and marches while calling for an economic boycott of Israeli goods and products.

Abu Maria believes that if the Palestinian leadership is not pro-active in guiding people in the near future, they will organise the revolution on their own. This happened during the first Palestinian Intifadah when the exiled Palestinian Liberation Organisation (PLO) had to follow the lead of the Palestinian street when the uprising broke out in 1987.

“I have been politically involved since I was 15 and first imprisoned by the Israelis. I have my ear to the ground, I have many contacts and I know the way people think here. We will not stop until we have our freedom and independence. The writing is on the wall,” Abu Maria told IPS