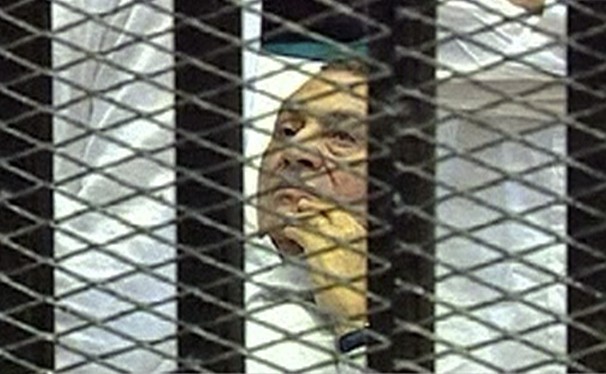 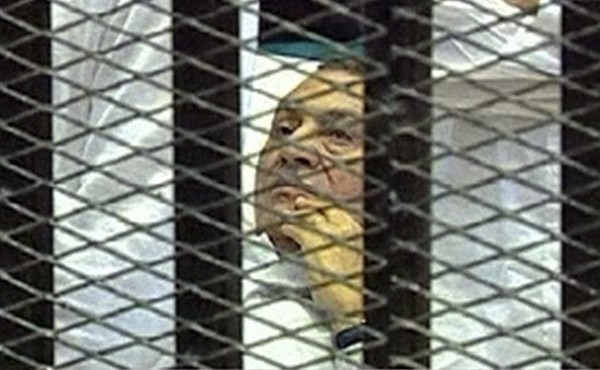 Mubarak with his sons in cages, and in this case the picture is worth a million words. The entire Arab world is watching with awe as a despot deemed invincible just some months ago is facing his destiny. Nothing like the similar pictures from Baghdad when Saddam was put in trial. Then, it was an Iraqi tribunal working under American occupation. Now it is the real thing, or is it?

Egypt’s real rulers, the high military council, have no interest in prolonging the Tahrir revolution.They want stability, and quickly, and they believe that the trial with all the drama and its symbolic significance will calm down those who want a “second revolution”. The moment of decision will come soon, when the verdict will be issued. No need to bet on it, the verdict will be death, but then what?

The masses will be happy no doubt, but the rulers will be subjected to enormous, perhaps unbearable international pressures to commute the sentence. In this case, betting is required, and I fail to see Mubarak executed. This is a scenario which is likely to stir a massive, possibly violent protest, and the generals will feel the pressure more than any other time since the downfall of Mubarak. What at stake will be a simple question, was it all a coup against Mubarak, or a popular revolution.

The military council will prevail, but they need to show more to the people than the trial. They need to give the poor bread and butter not just the passing amusement of watching the downfall of a dictator. No one in the entire Middle East is watching the proceedings in Cairo with more trepidation than Bashar Assad in Damascus. The dictator continues the relentless massacre of his own people, and the bodies pile up in Hama, Deir A Zor, Damascus suburbs and other places. This is now the last stage before a full-blown civil war, but the signs all point to a Libyanization of the Syrian situation.

There are already high officers who defected from the army, including a colonel who established the “Army of Free Syria”. The defections of rank-and-file soldiers are on a large scale and they take their arms with them, something that can put in context the repeated allegations by the regime that it deals with “armed gangs”. For a change, the propaganda machine in Damascus tells the truth, not fully though, as these “gangs” are composed of those who just a while ago were forced to swear allegiance to Bashar Assad.

Libyanization brings to mind the specter of international military intervention as in Libya, but that will not happen. Intervention in Libya was a major mistake, and intervention in Syria will be nothing short of a disaster, as it will stifle the genuine, popular uprising and turn it into a needless war with what is left of Syria’s Army. Instead, the West, led by the US, should take other steps, for example a public call to senior Syrian officers to defect in return to immunity and financial rewards. According to unconfirmed Arab reports, at least one senior Syrian officer already defected and is debriefed by the CIA.

Such reports may reflect wishful thinking on the part of Bashar’s enemies, but they may very well be the shape of things to come. The efforts to work with Syria’s opposition should continue and lead to the establishment of a government in exile, that will be recognized by the West and Turkey. The Turks are busy now with the internal crisis between the civilian government and the military, but they are not abandoning their desire to establish buffer zones in northwest and northeast Syria. One of these regions could become the seat of a temporary Syrian rebel government.

And with all that happening, what about Bashar personally? Betting again, I believe that we shall not see him in a cage in Damascus, not also in The Hague. There are other options for him, one is a battle to the end in Damascus; the other is escaping to the Alawite heartland and turning it into the “Assad mountain”, the place of last refuge. The last and more likely option for him, will be to join his friends in Tehran. We are not there yet, but the moment is fast approaching.