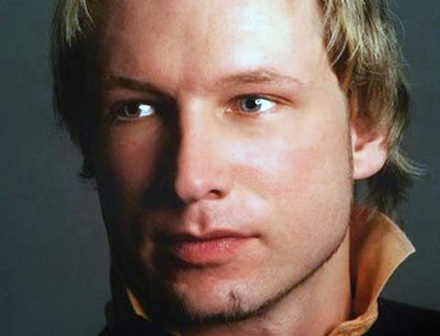 The tragedy in Norway this weekend may prove to be a watershed moment in terms of how we approach far right followers, groups and their ideology. Until now, European democracies and their security services had focused almost exclusively on the threat from al-Qaida -inspired terrorism. Rightwing extremist groups and their more violent affiliates were dismissed as a disorganised, fragmented and irrelevant movement.

This conventional wisdom, however, ignored wider evidence of a more violent and confrontational mood that was emerging within European far right circles. This shift may have been a response to the arrival of al-Qaida-inspired terrorism, or a sense that far right political parties in Europe (such as the Norwegian Progress party of which the attacker was once a member) were not having enough influence on issues such as immigration.

Two years ago, anti-terrorism officers in Britain warned of a growing threat from rightwing “lone wolves”. At the same time, the US department of homeland security warned of the way in which the wider economic climate and election of the first African-American president could result in confrontations between rightwing extremists and government authorities “similar to those in the past”. These past events included the bombing of a federal building in Oklahoma that killed 168 people.

The events over the weekend directly challenged the idea that rightwing extremism is only a minor security threat. According to Norwegian police, the perpetrator – 32 year-old Anders Behring Breivik – has confirmed that he worked alone on planning and carrying out the two attacks.

The sources of his ideological influences have started to become clear. He was far from what we might term a traditional rightwing extremist. While he was profoundly concerned about the effects of immigration, multiculturalism, Islam and the growth of settled Muslim communities, he was also dismissive of crude racial supremacist and neo-Nazi ideas and parties that espoused these ideas, naming for example the British National Party (BNP).

It was, perhaps, his rejection of the BNP that prompted his interest in theEnglish Defence League (EDL). While Breivik was impressed by the speed of their growth, he also praised “tactical choices” made by their leaders. This included an endorsement of the EDL’s rejection of traditional white supremacist discourse and racism, and their decision to oppose Islam on cultural grounds. This distinction between traditional race-based forms of rightwing extremism (such as those of the BNP) and a new anti-Muslim narrative reflects a broader change within the European far right. Rather than oppose immigration and Islam on racial grounds (an argument that would attract little support), the emphasis shifts on to the more socially acceptable issue of culture: Muslims are not biologically inferior, but they are culturally incompatible, so the argument goes. The aim is to open modern far right groups up to a wider audience.

Like most within the far right, while Breivik expressed profound concern over an array of threats in wider society, he appeared to view the mainstream parties as either unwilling or unable to respond adequately. He was at one time a member of the rightwing Progress party that has also rallied against immigration and voiced criticism of Muslims, but he later denounced members of this party as “politically correct career politicians” who were not prepared to “take risks and work for idealistic goals”. More broadly, Breivik was also fiercely opposed to the cultural influence of Marxism and “political correctness” and called on sections of the right to counter this influence by taking control of media and other positions of influence.

It would be easy to denounce Breivik as a Norwegian exception, but this would be a mistake. While he is distinguishable by his actions, it is important to note that some of Breivik’s core concerns have also played a prominent role within Norwegian and European politics more generally. I spent four years interviewing far right activists, many of whom rejected political violence. Yet what became clear during this research was that there is, unquestionably, a culture of violence within the broader far rightwing subculture. Many of the ideas that were voiced during this research have also come to light over the past 48 hours: the perceived threat posed by Muslim communities, a belief that mainstream parties are incapable of dealing with this threat and strong emphasis on a “clash of civilizations” between members of the majority population and minority groups.

Through websites, literature and meetings (all of which, it seems, Breivik was exposed to), this movement cultivates several narratives among its followers: the belief that they are engaged in a battle for racial or cultural survival; that their racial, religious or cultural group is threatened by imminent extinction; that existing political options are incapable of responding to this threat; that urgent and radical action is required to response to these threats in society; and that they must fulfil this duty in order to leave a legacy for their children and grandchildren.

These motives provide followers of far right and fundamentalist groups with a compelling and convincing rationale for getting actively involved. Foremost, these citizens perceive that a wider community is under threat, whether from al-Quaida, supranational organisations such as the EU or UN, immigration or the growth of settled Muslim communities.

Furthermore, they also contend that this threat is cultural rather than economic. It is not simply about jobs or social housing. It is a profound sense of concern that a set of values, way of life and wider community are under threat, and that only the most radical forms of action can remove this threat.

I recently reviewed an academic book that ended with the prediction that the next wave of terrorism in Europe will come not from al-Quaida-inspired groups, but rather rightwing groups that want to respond to this threat and reassert the position of their wider group. It is far too early to tell whether Breivik’s actions will inspire copycat attacks, but one thing remains clear: the threat from rightwing extremist groups and ideas deserves far greater attention.