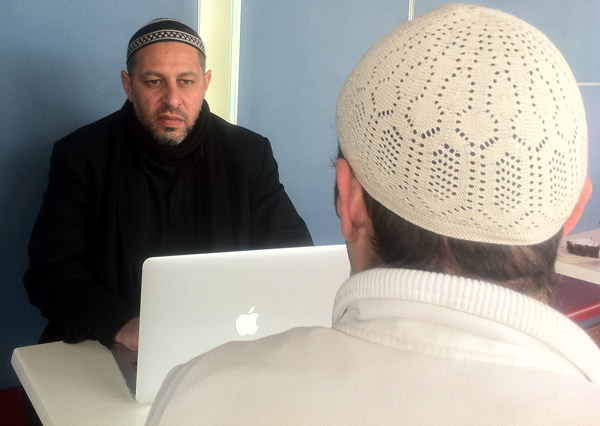 MuslimVillage.com has managed to secure an exclusive interview with Chris Martinez the Muslim convert who was the victim of a savage vigilante style attack misguidedly attributed to Sharia Law by a group of 4 offenders.

AK:  Firstly, thanks very much for granting us this interview in these very hard circumstances.  Can I start by asking you, how long have you been Muslim for?

CM: About 3 years, I’ve been reverted to Islam.

AK: I understand that one of the guys that was allegedly involved in the attack was someone that you knew?

AK: Was it someone who helped you convert, and talked to you about Islam?

AK: So you were friends with him, in other words?

AK: And how do you feel about him now?

CM: Words cannot describe the anger at the moment that I have. I will never forgive him but I guess Allah will judge him on the Day of Judgment, and Allah can forgive him.

AK: Can you describe to me what happened on the night you were lashed?

CM: I have a problem with drinking that I have been trying to overcome. I had been drinking at home with a friend that morning. I am not sure how, but I know that somehow somebody must have seen me drinking. I went to bed at about 7:30.  At 1am in the morning, I was woken up by my so-called friend who had another 3 individuals with him.

CM: What did he say to you?

AK: He told met that basically I would be getting 40 lashes as punishment for drinking alcohol.

AK:  What went through your mind when he said that?

CM: At first I thought he was joking. But once they grabbed me and put me on the bed, I knew they were serious. They started whipping me. I was crying, screaming. In a lot, a lot of pain.

AK: I understand it was the neighbours that called the police because they heard the screaming?

AK: Did you need hospital attention?

CM: The ambulance came, but I was more in shock than anything else. I was in shock, I was in a lot of pain. I sought medical attention afterwards, but I didn’t go to hospital.

AK: What has been the reaction from members of the Muslim community to what happened to you?

CM: I’ve had nothing but full 100% support with this situation. They are in shock and can’t believe what happened.

AK: You were saying to me earlier that you didn’t want this to be reflective of Islam or Muslims, that Islam’s helped you a lot in your life.

CM: Yes of course. Islam is a beautiful religion, it’s a great guideline to life, it’s a real way to live your life. I mean I’m not perfect. I’ve done things in the past that I shouldn’t have done. But in saying that, Islam help me get through all of that, helped me get through my past, and I now I believe I’m a better person because of Islam. This was about some individuals not religion.

AK: How does your family feel about it?

CM: My wife is upset. Alhamdulilah my kids are too small to understand what’s going on at the moment. My wife has been very supportive and helpful. She is very, very hurt about what’s happened.

AK: Your family wasn’t there the night it happened?

AK: What would you like to see happen now?

CM: I would like to see all of them convicted by the legal system we live by, by the law of Australia, and to make sure this doesn’t happen to anybody else again.

AK: I understand the mainstream media’s been really hounding you. Can you tell me about what they’ve been doing and saying?

CM: They’ve been very pushy. Extremely, extremely pushy. They’ve made false comments, they’ve published my name, put out pictures of me without my permission, got my phone number somehow and rang me at crazy hours. They are parked outside my house day and night and threatening to release stories about my past. I feel like a victim twice over from their hounding and threats of blackmail.

AK: Have they offered you any money?

CM: Yes, they have. I did not accept any money. This is not about money. I only decided to go to the media, at this moment, with the right people, yourself and Robert Ovadia from Seven news just to get my story out there, so people that want to know, they [will] get it, and I can move on with my life, and just end it.

CM: InshAllah (God Willing) He does.

AK: Thank you very much for your time. Assalamu Alaykum (Peace be with you).

CM: Wa alaykumusalam (Peace be with you as well)

AUDIO from the interview