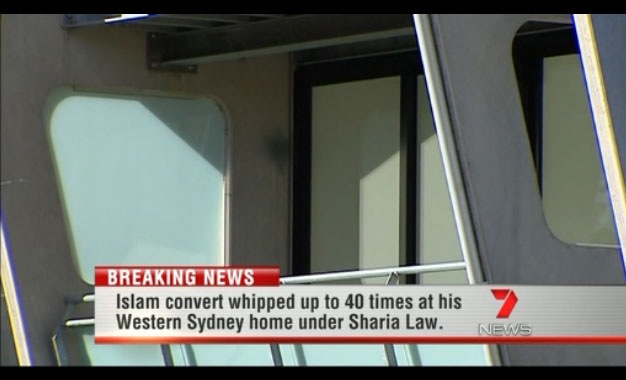 A man who was lashed 40 times in a Sydney home invasion last night believes the intruders were four fellow Muslims who were punishing him for consuming alcohol, which is prohibited under Sharia law.

The man, known only as Christian, was whipped on his bed with an electrical cable after he woke at 1am (AEST) to find four bearded men in his bedroom in Silverwater.

He told Auburn police he recognised the men from his local mosque and believed they were carrying out a form of fundamentalist Islamic punishment.

Three of the intruders allegedly restrained him on the bed, while the fourth used a cable to lash him.

The attack lasted about 30 minutes before the intruders left the flat, police said.

Christian told Nine News he had received support from the rest of his Islamic community, who were disgusted by the men’s actions.