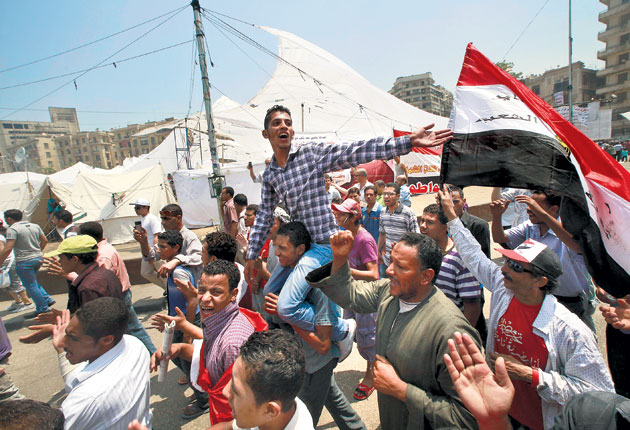 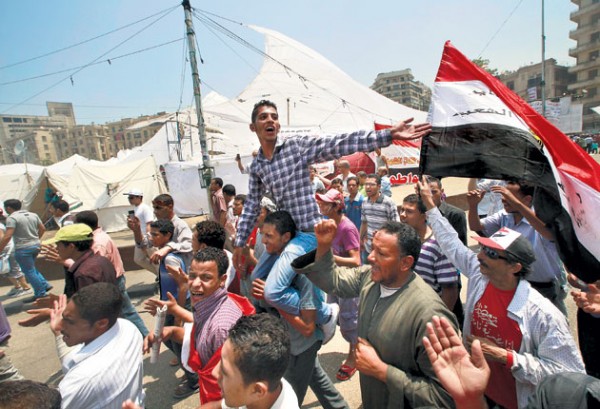 Something has gone badly wrong with the Egyptian revolution. The ruling Supreme Council of the Armed Forces – just what the “Supreme” bit means is anyone’s guess – is toadying up to middle-aged Muslim Brothers and Salafists, the generals chatting to the pseudo-Islamists while the young, the liberal, poor and wealthy who brought down Hosni Mubarak are being ignored. The economy is collapsing. Anarchy creeps through the streets of Egyptian cities each night. Sectarianism flourishes in the darkness. The cops are going back to their dirty ways.

It really is that bad. You only have to walk the streets of Cairo to understand what’s gone wrong, to wander again across Tahrir Square and listen to those insisting on democracy and freedom as the old men of the Mubarak regime cling on as Prime Minister, under-ministers, in the very figure of Field Marshal Mohamed Tantawi, the head of that “supreme” council, childhood friend and Mubarak loyalist – even though he did force the old man to go. Tantawi’s equally elderly head is now framed in posters around Tahrir and the old January-February cry is back: “We want the end of the regime.”

On the traffic island, the groupuscules of the revolution now have their individual tents with tiny carpets and plastic chairs on the dust, debating Nasserism, secularism, the Christian civil rights union (“The Mass Bureau Youth Movement”). The Muslim Brotherhood are, of course, absent, along with the Salafists.

“We’ve got sick of the Military Council which is using the same tools as Mubarak,” Fahdi Philip, 26, a veterinary student from Cairo University, tells me as we sit amid the summer heat. “The judgements on the guilty are slow in coming. The state of insecurity is still with us.”

Too true. Almost 900 civilians were killed by Egypt’s state security police and snipers during the revolution and only one policeman has been tried – in absentia – for killing demonstrators. When a mass protest by the families of the martyrs poured into the streets last month, the cops reverted to form.

In front of television cameras, they threw stones at the protesters, beat them with sticks and – in one extraordinary incident – danced towards them waving swords. A so-called “National Council for Human Rights” has blamed both sides – demonstrators, they said, threw Molotov cocktails, the police replied with tear gas – while truckloads of stones were brought to Tahrir Square on 28 June, to be thrown by young men in identical T-shirts.

More than 1,100 civilians, soldiers and policemen were injured. Fearful of further violence , Tantawi’s “supreme” council announced the establishment of a new fund with capital of £10.5m to compensate the families of those killed or wounded during the revolution.

But no sooner do I open my morning newspapers in Cairo – free-spoken, they are at last, unfettered, largely bankrupt – that I espy a colour photograph of Field Marshal Tantawi appointing a new “Minister of Information”, a former opposition politician but information minister just the same – only months after the same Tantawi had announced the total scrapping of the information ministry.

No problem, the authorities said, this was only to help the press fulfil its “democratic” duties before the ministry would again be shut down. Just as the young Coptic Christian vet – see how we now note the religion of Egyptians again? – had said, Tantawi was using Mubarak’s old tools.

Yet what can the Egyptian papers report but the collapse of the law which the revolution was sworn to uphold? I go to the Qasr el-Aini hospital, serving just a small sector of the capital close to the old American University campus, only to find that their emergency register shows that on an average day – in just this narrow district – 30 men and women arrive with gunshot and stab wounds.

Each Thursday/Friday weekend, the figures go up to an average of 50 victims. Among the young in Tahrir Square, this looks like a conspiracy; empty the streets of police and give the people a taste of the chaos they brought upon themselves – and soon they’ll want the state security men again. The country is safe for tourists, the ministers tell the travel agencies. Really? Egyptair, the state airline – boldly advertising the “new Egypt” with movie shots of the Tahrir Square demonstrations of early February – has just posted a four-month loss of £104m.

The Marriott hotel on Gezira – the old palace on the Nile with its marble lions and stuccoed roofs – has 1,040 rooms and only 24 tourists. “The revolution used to be good,” a shopkeeper friend tells me when I put my head in the door of his shirt shop. “Now the revolution isn’t good.”

Just over a week ago, protesters planning the start of Friday’s demonstration were attacked by street vendors with knives and stones. The usual stories were heard: it was all planned by the powers-that-be. At not one of the recent protests over the revolution’s “martyrs” has there been an Islamist group present.

I meet up with an old Egyptian journalist friend. The staff of the coffee shop come to greet him, to introduce themselves as his fans, to tell him not to stop exposing the corruption of Egyptian life. He is worried. There is talk of a “civil mutiny”, he says. Of people who want to burn the police stations again, take over the government or take the law into their own hands by killing specific policemen. There are widespread stories – I heard them myself in Tahrir Square – that youth groups will try to close the Suez Canal unless the security authorities who killed the innocent in January and February are brought to trial. The unkindest voices now call for the death penalty for Mubarak.

Weirdly, there’s also a conviction, according to my journalist friend, that the “supreme” Egyptian military council cannot get on with the work of government and start the trials unless Mubarak dies. “They would like him to die. They want him out of the way to give them a breathing space before they deal with his sons. Tantawi is worried that the mobs will come for him. But he knows that if Mubarak dies, the Egyptians are a kind people and will largely forgive him because he was a soldier and he was so old, and there will be a period of calm.”

There are reports that Mubarak has at least once since his house arrest in Sharm el-Sheikh been taken to Saudi Arabia for secret medical treatment, and there are many revelations now of how he was dethroned. One, from the highly respected Egyptian writer Abdul Qader Choheib, says that Mubarak agreed to resign after being confronted by Tantawi, his vice-president Omar Sulieman – the former intelligence boss and a friend of Israel – and General Ahmed Chafiq.

Mubarak apparently pleaded with them not to release his resignation statement until his sons, Gamal and Alaa, were on their way to Sharm el-Sheikh – not to save them from imprisonment (which anyway failed) but because he feared that Gamal would do something “unreasonable” since he had already objected when Mubarak appointed Sulieman as vice-president during the last days of the revolution.