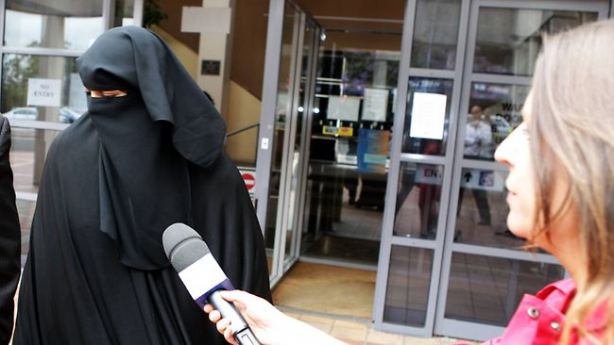 In a MuslimVillage.com exclusive, Carnita Matthews’s defence lawyer Stephen Hopper puts his views forward on the case, media response and the subsequent treatment of his client by the community.

Much has been said in the media and the case of Carnita Matthews.

Most of this has been untrue or at best the reporting of facts in such a distorted way the truth of what actually occurred has been lost.

One difficulty for running the defence case in this matter is that you have to remain silent until the court hearing and again remain silent until the appeal runs its course.  Even after the judgment it was hard to get the defence point across over the shrill of the media claiming the acquittal of Carnita was on a mere technicality when really it was because of a grossly incompetent police brief.

Well the appeal judge got it right and justice was served.  The judge made a dispassionate decision without fear, favour or prejudice.  This corrected a poor decision of a Local Court magistrate who failed to properly analyse the law to the facts and seemed to be influenced by the media when he made an irrelevant reference to them when passing his judgment and played the infamous In Car Video for their benefit during the course of his judgment.  This was quite bizarre something I have never seen a judicial officer do before.

What most people have missed is that the law required knowledge that the information in a complaint about a police officer was false, not merely wrong.  The effect of what the Judge stated was that even if it could be proved beyond reasonable doubt that Carnita has signed the statutory declaration it could not be proved on the evidence that she knew the information in the complaint was deliberately false.

The officer who accepted the complaint accepted it from a man in a brown suit.  He did not ask the man in a brown suit who he was or for identification nor what his business was.  There was a lady in a burqa seated in the police station waiting room at this time but the office did not ask for her identification, to look at her face or what her business was.  It is a requirement of law that a person must personally deliver a complaint about a police officer personally to a police officer.  This is not a mere technicality but an essential requirement to make out the offence.

It is my view that the police should never have instigated this prosecution as it was always doomed to fail.  It is disappointing that the police behaved emotionally rather than rationally.

It is also disappointing that many Muslims are blaming Carnita for all sorts of wrongdoing and the scapegoat for the introduction of new laws.  This is unfair and incorrect.

Carnita was very upset after the officer demanded she lift her niqab, which is understandable since he was not entitled to do it by law, and she believed that the officer then walked behind her car and pushed her P plate (he did not actually push it in but looked at how it was secured)  in so he could book her for an offence she did not commit.  This is why Carnita became both upset and angry.  She has also been the victim, as all women who choose to wear the niqab in Australia are, of constant abuse by bigoted strangers on the street. So she snapped and is sorry that she did.

At no time has Carnita told a lie from the time she was on the side of the road up until today.  The media have beaten something up and tarred and feathered this innocent woman.

It is a pity that Carnita is now isolated, alone and distraught. Even the Australian Islamic Community have abandoned her and many in that community continue to blame her for things that she never did.  One would think that the Islamic Community would support one of their own sisters rather than be influenced by spiteful propaganda from tabloid media.

You can read the fully judgement here: