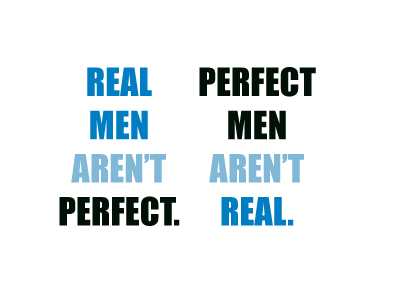 For all the educated Muslim women out there who are still single, let me introduce a (not-so) revolutionary idea: Marry down.

That’s right, you heard me. Marry down. You know your ideal husband? That tall, dark and handsome university-educated professional who is also an ‘alim with a fully-furnished house, expensive car, and who, by the way, makes awesome cheesecake?

He doesn’t exist. (Well, if he does, he’s probably married. To one of your friends. And I don’t encourage polygny.)

So if you’re planning to marry within this lifetime, here are a few suggestions:

In an already shrinking pool of good men, don’t shoot yourself in the foot by insisting on a university graduate. Why narrow the field? Being university-educated doesn’t automatically make anyone a better person. And being a graduate doesn’t mean he’ll be financially stable. A tradie probably earns more money than the average graduate. Costs of living are quite high, so think about what kind of lifestyle you want. On that point, if you want a lot more than your prospective husband can give, are you willing to work and contribute?

By the time you’re 30, men your age or older are either married, or divorced and still looking. And he’s probably looking for someone younger than you. Sad fact of life. So marry the younger guy! A real man is secure enough in his masculinity to not be threatened by an older woman. Look at the example of our Beloved Prophet (peace and blessings be upon him): he married his boss who was twice-widowed with children, and who had a lot more money than he did. Now that’s what I call a man.

When the fireworks fizzle out, you’re left with someone a lot like yourself. Very human, and very flawed. What’s the one thing that’ll help both of you overlook each other’s not-so-charming’s habits? Good character. A patient husband will understand why you haven’t had a chance to cook dinner. A great-looking husband with an anger problem will not. You’ll never find the perfect guy, so be honest with yourself and embrace what really matters to you. If you want a good provider, then know that he’ll work a lot and won’t be home much. If quality time is important to you, then you won’t have as much disposable income because he’ll be at home – with you! If you insist on a stunningly handsome husband, then don’t be surprised if he get proposed to by other women. Welcome to the dunya. Neverending bliss awaits us in Jannah.

Not everybody’s an ‘alim

Not everybody will marry the scholar. There aren’t enough to go around! And that’s okay. It takes a special kind of woman to be fine with young women flocking to her husband about the latest fiqh question. And not everyone is cut out for that. Maybe all you need is a nice guy who’ll be kind to you, your family, and a good example for your children. He may not be the next deen star, but by the standards of Islam, a loving husband, respectful son-in-law and nurturing father is no small thing.

So there you have it! Marrying down doesn’t mean settling, but it means scaling down your expectations. Work with reality, and you’ll have a better chance of success. And always remember the key point – through the help of Allah Most High, nothing is impossible.