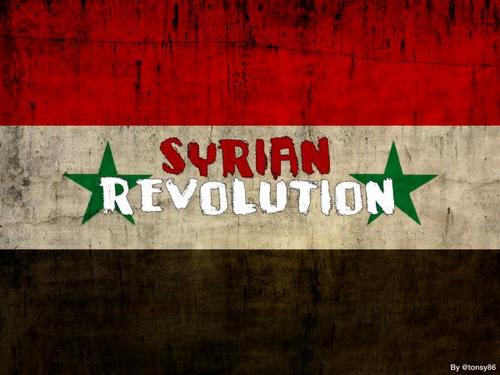 Islamic history is replete with stories of benevolent Caliphs who respected learned scholars and were cognizant of their accountability before people and God in the two worlds. Take for instance the well-known story of Umar ibn Abdul Aziz (R), the Umayyad ruler. When he was appointed caliph, he summoned Salem ibn Abdullah, Raja’ ibn Hayat and Muhammad ibn Ka’b – three great personalities of the early decades of Islam (Tabi’un or the successors).

“I have been afflicted with this trial. What am I to do, for I know this high office to be a trial, even though men count it for a blessing?” – He asked.

They advised, “If you wish tomorrow to escape from God’s punishment, look upon aged Muslims (your subjects) as though each one were your father, and regard youthful Muslims as your brothers, Muslim children as your own sons, treating them in all respects as one does one’s father, brother, and son.” [Tadhkirat al-Auliya’]

Consider also the case of Abbasid caliph Harun al-Rashid. When he sought advice from Fudayl ibn ‘Iyadh (R) – an ascetic follower of Imam Abu Hanifah (R) – the latter said: “[Consider] The lands of Islam as your own house, and their inhabitants as your family. Visit your father, honor thy brother, and be good to your son. I fear that your handsome face will be sorely tried by the fire of Hell. Fear Allah, and obey His command. And be watchful and prudent; for on the Day of Resurrection Allah will question you concerning every single Muslim, and He will exact justice from you in respect of every one. If one night an old woman has gone to sleep in a house without provisions, she will pluck your skirt on that Day and will give evidence against you.” [Tadhkirat al-Auliya]

When the caliph had learned that Shaqiq al-Balkhi (R), a great ascetic of his time, had reached Baghdad on his way to Makkah for pilgrimage he summoned him and said, ‘Counsel me.’

“God has a created a lodging-place called Hell,” Shaqiq said. “He has appointed you its doorkeeper, and has equipped you with three things – wealth, sword and whip. ‘With these three things,’ He commands, ‘keep the people away from Hell.’ If any man comes to you in need, do not grudge him money. If any man opposes God’s commandment, school him with this whip. If any man slays another, exact retaliation on him lawfully with this sword. If you do not do these things, you will be the leader of those that enter Hell.”

One time, Ibn Semaak Waa’iz (R) was in the presence of Caliph Harun Al-Rashid. During the course of the discussion, the caliph became thirsty. He asked for water. When water was brought and he was about to drink it, Ibn Semaak (R) said, “Amirul Mumineen, wait first; tell me if you are very thirsty and you are not given water, how much are you prepared to pay for a glass of water?”

The caliph replied, “In that state I will give half of my kingdom for a glass of water.” Ibn Semaak (R) told him to drink the water. Thereafter he enquired, “If this water remains in your stomach and there is no way for it to come out so that you are in danger of perishing, what will you pay for it to come out?”

The caliph replied, “I will give the remainder of my kingdom.”

Ibn Semaak (R) said, “Amirul Mumineen, understand then the value of this gulp (draught) of water which you drink and a few drops of urine. Then why do you boast about your kingdom. Treat everybody equally.”

Muslim rulers today, especially in the Arab World, behave as if they don’t have any accountability for their misrule and bad deeds. They surely can’t comprehend what had made Amirul Mumineen Umar ibn al-Khattab (RA), one of the best rulers in the Muslim history, to say, “Should a lost goat die in the Shat al-‘Arab I tend to think that Allah, the Most Exalted, will question me about it on the Day of Judgment.” [Hilyat’ul Awliya wa Tabaqatul Asfiya: Abu Na’im al-Asfahani]

They are also unmindful of the Prophet Muhammad’s (S) stern warning: “If you wish, I could tell you about leadership and what it is. Firstly, it is blame; secondly, it is regret; and thirdly, it is punishment on the Day of Resurrection – except for one who is just.” [Tabaraani in al-Kabeer; Saheeh al-Jaami’]

Look at Bashar al-Assad who is the president of Syria. He is a despot and the son of a despot (Hafez al-Assad) who killed some 40,000 Muslims three decades ago. Since succeeding his father in 2000, Bashar sought to nourish a reputation as a reform-minded, forward-looking leader in a region full of aging autocrats and monarchs. But he soon proved to be more of the same, and probably more ruthless with a pattern of empty promises, nasty oratory and bloody tactics. When the Syrian people protested against his tyranny, he responded by killing thousands and detaining tens of thousands, forcing hundreds of military officers into retirement, cracking down on hard-won freedoms and censoring publications. Syria’s state propaganda machine lately said that more than 120 security officers were killed in northern rebel town of Jisr al-Shughu by “armed gangs.” Local residents, however, disputed that account and said that fighting erupted last week between army units loyal to the Assad regime and a group of soldiers who defected and refused to fire on civilians.

A spokesman for the Local Coordinating Committee in Syria, an umbrella group organizing protests and documenting the crackdown, said there was also a heavy security presence in the provincial capital, Idlib City, which was also surrounded by checkpoints. People are being stopped at the checkpoints in Idlib and other cities and detained for questioning; they are not allowed to pass or leave any province.

At least 5,000 armed troops loyal to the president converged in the country’s restive northwest on Thursday as hundreds of residents fled across the border into Turkey, heightening fears of a budding refugee crisis and a widening crackdown on dissent. Turkish Prime Minister Recep Tayyip Erdogan called the Syrian government’s actions an “atrocity”, while reiterating that Turkey will keep its borders open to Syrian refugees.

Is Bashar al-Assad of Syria any better than Mu’ammar al-Gaddafi of Libya? Surely not. And yet, why such a silence to condemn this ruthless murderer from Syria? Why are the NATO and EC silent? Why is the OIC silent? The International Court of Justice wants to try Gaddafi for his crimes against his own people. Fine! How about this monster Bashar? Is he being protected by the western leaders for the same fear that they felt about Egypt in relation to the emerging power of the Muslim Brotherhood? If that concern is the deciding factor, then such a hypocritical attitude should not come as a surprise to anyone keenly observing western meddling in the region for the last 100 years since the collapse of the Ottoman Caliphate. It is, after all, their conspiracy, their evil schemes, their artificial geographical divides, their patronage of politically opportunistic groups, clans and sects, which were forced upon the vast majority of Arabs of the region who had to live under the neo-Pharaohs, neo-Nimrods and neo-Hamans in the post colonial era. The Arab revolution is about changing that colonial experiment.

Syria like many parts of the Arab world came to existence out of the belly of the crumbling Ottoman Empire. Its Nusayri (often wrongly attributed as the Alawite) sect, considered a heretical group within Islam, was soon able to hobnob with the French colonial authority and secure important positions within the various administrative organs of the colonial establishment. So, it did not take too long for them to capture power and halt the revolving doors of politics that had seen 14 rulers come and go in a quarter century soon after their colonial masters had left. And in that process transformed the state into a republican monarchy of fear, extortion and repression!

Like all autocratic regimes, they knew the formula of staying in power too well: by rewarding a small group of loyal supporters, often composed of key military officers, senior civil servants and family members or clansmen (here, all from the Nusayri sect). A central responsibility of these loyalists was to suppress opposition to the regime. Since to carry out this messy, unpleasant task required being rewarded handsomely, the autocrats ensured a continuing flow of benefits to their cronies. To these autocrats their cronies came first, and the people last. As long as their cronies are assured of reliable access to lavish benefits, protest will be severely suppressed. It has been a win-win formula for the Assad family and his cronies within the small minority Nusayri sect that controlled every vital position within the government since 1967. In essence, they created a tyranny of the minority over the vast majority Sunni Muslims.

As I stated earlier, for an eliminationist leader mass murder of an opposing group that is ‘different’ is an easy exercise. The majority Sunni Muslims who live in Syria are too different from the heretic ruling class of Syria that had misruled the country for the last 44 years. In their fall, the Nusayris see the loss of their privileged status. So, they don’t have any bites of conscience – the human weaknesses or traits that define our humanity – in exterminating the Sunni majority – the unarmed Syrian protesters.

As we have seen throughout history, repressive regimes eventually fall when its lifeline is cut off. Often times, it is money that acts as that glue holding together the falling regime. When that source becomes scarce, leaders can’t pay their cronies, leaving no one to stop the people if they rebel. According to New York University Professors Bruce Bueno de Mesquita and Alastair Smith, this is precisely what happened during the Russian and French revolutions and the collapse of communist rule in Eastern Europe, and the fall of Hosni Mubarak of Egypt. In a recent NY Times article, they write, “Today’s threat to Bashar al-Assad’s rule in Syria can be seen in much the same light. With a projected 2011 deficit of approximately 7 percent of G.D.P., declining oil revenue and high unemployment among the young, Mr. Assad faces the perfect conditions for revolution. He may be cracking heads today, but we are confident that either he will eventually enact modest reforms or someone will step into his shoes and do so.”

As I see it, however, reforms by a hated ruler are not a viable option. Through his crimes against the Syrian people, Bashar has disqualified himself for any reformation task. He and his tyrannical regime must be toppled down by all means possible.

Dr Habib Siddiqui has authored nine books. His book: “Democracy, Politics and Terrorism – America’s Quest for Security in the Age of Insecurity” is available at Amazon.com.