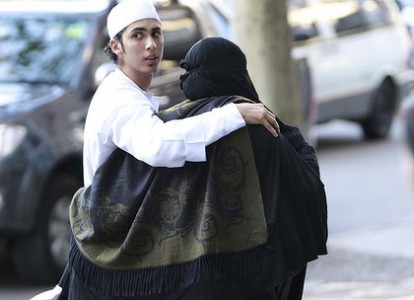 Identification requirements for people wearing coverings such as a burqa or niqab will be reviewed to help police be sure of their identity.

The review follows the case of Carnita Matthews, 46, who was stopped by a police officer last June while driving in Woodbine, in south-west Sydney.

A magistrate had found the woman had falsely accused the officer of trying to rip off her veil but she appealed against the ruling in the District Court.

Judge Clive Jeffreys said on Monday there was no evidence Mrs Matthews had made the statutory declaration that was given to Campbelltown police, in which she said the officer was going to rip her veil off, or even that it was knowingly false. He said the signature on the declaration was different to the one on Mrs Matthews’s licence. ”I am not satisfied beyond reasonable doubt that she made the complaint and even if I was … I would not be satisfied beyond reasonable doubt that it was knowingly false,” he said.

The Police Minister, Mike Gallacher, said he would ask the Police Commissioner, Andrew Scipione, to recommend strategies to improve identification standards. Laws would be ”tidied up” to allow alternative identification methods, such as the taking of fingerprints, for people who for social or religious reasons, could not show their face.

”Police currently have provision under the Transport Act or Law Enforcement Powers and Responsibility Act to require a person to provide their personal particulars,” he said.

”I will be discussing with the Commissioner of Police next week whether these provisions are sufficient or in need of further clarification.”

He had spoken to the Attorney-General, Greg Smith, about the possibility of including fingerprints on statutory declarations and other police statements to confirm their authenticity.

“A fingerprint would provide police with identification of the person making the declaration; equally it would also protect individuals who later claimed the declaration was not made by them,” Mr Gallacher said.

Parliament was in uproar yesterday after the Labor MP for Lakemba, Robert Furolo, asked Mr Smith why he had ”friended” a ”racist” Facebook site called Australia Isdying.

The opposition also identified the National Party leader, Andrew Stoner, and the Nationals MP for Barwon, Kevin Humphries, as having friended the site, which contains racial slurs against Muslims.

Mr Stoner said he was not aware his Facebook account had accepted Australia Isdying as a ”friend” and he had deleted it yesterday after learning that it was there.

Mr Smith’s office said a person who asked to be a Facebook friend later changed their identity to Australia Isdying, which was ”deactivated” from the site yesterday.