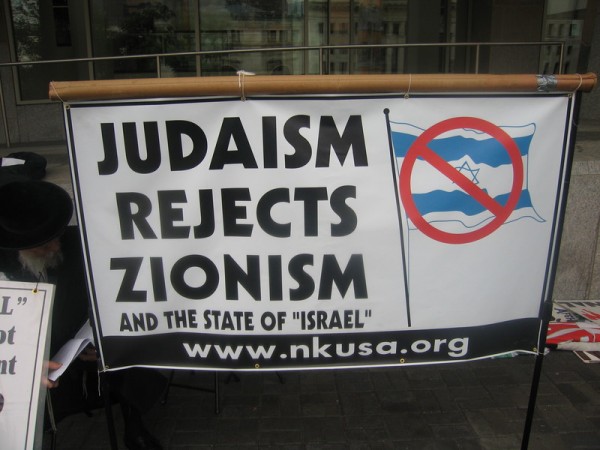 Israel vs Israel: A feature documentary about Israeli peace activists.

One grandmother, one rabbi, one anarchist and one ex-soldier – four Israelis trying to put an end to the Israeli occupation of the Palestinian Territories.

The documentary Israel vs Israel is a film about Jewish peace activists who in both words and actions take a stand again 40 years of occupation and illegal settlements.

This is a film about the desperate struggle to somehow change the current situation and improve life for the Palestinians. In return, these activists face scepticism and hatred from fellow Israeli countrymen.

These Israelis are often portrayed as naïve, unreliable and dangerous for the Jewish state. They are often ridiculed and demonised for their honest commitment.

Yehuda Shaul is one of the leaders in the organisation Breaking the Silence – where Israeli soldiers secretly tell about the daily routine as an occupier. The organisation collects testimonies regarding abuses, looting and excessive use of force against Palestinian civilians.

Yehuda Shaul is a former commander and combat soldier in the Israeli army. Today he organises tours to Hebron, where violent Jewish settlers threaten and harass the traitor Yehuda Shaul.

Ronny Perlman is the Jerusalem co-ordinator for the organisation Checkpoint Watch. She documents abuse from Israeli soldiers against Palestinians, at some of the checkpoints in the West Bank.

Ronny’s son serves in the army but she hopes that her grandchildren will refuse or somehow avoid military service.

Arik Ascherman is a rabbi and well-known leader for Rabbis for human rights. According to rabbi Ascherman, equality and basic human rights are very important parts of Judaism.

Arik Ascherman supports a different interpretation of the Bible, where human rights are much more important than fanatical interpretations of The Holy Land.

Jonathan Pollack is a well-known member of the network Anarchist against the Wall.

During anti-wall demonstrations together with Palestinian and international activists, Jonathan has been arrested by Israeli soldiers. The wall is built on occupied land.

Jonathan Pollack is often portrayed by other Israelis as someone who deserves a bullet in the head, because of his actions against the Israeli soldiers.