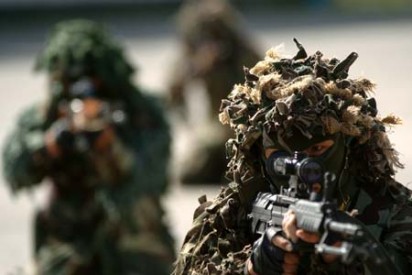 A new Defence report has slammed the quality of terrorism studies in Australia and overseas, saying it is dominated by self-proclaimed experts who are inexperienced, do little primary research work in the field and have rarely met with genuine extremists.

As a result, Defence says there remains little understanding of the fundamental process of radicalisation that makes some people move from simply feeling frustrated to becoming a terrorist.

The strongly-worded study, conducted by the Defence Science and Technology Organisation and released on its website this month, was commissioned to improve Australia’s understanding of violent extremism and the responses to it.

The study, Countering Violent Extremism Literature Review, concluded there were common “deficiencies” in much of the writing on terrorism issues since 2000.

“First, (there is) a lack of primary source analysis; second, a continued general shortage of experienced researchers on this topic; third, the majority of authors who haven’t met with terrorists or undertaken any fieldwork in the area being written about; fourth, the reliance on limited methodologies and levels of analysis; and fifth, remarkably, little academic analysis is devoted to critiquing research into violent extremism and terrorism studies,” it says.

DSTO said there was a lack of clarity in terrorism literature as to how people moved from being frustrated or disaffected towards accepting violence as a mode of political struggle.

“The problem again is that understandings of terrorism as set out in the literature still cannot explain why some people become terrorists whilst others do not.

The report, by research teams from DSTO and the University of South Australia, was based on a study of 526 terrorism articles from academic journals, websites, and government and non-government reports and books.

While the report recognises “the unique challenges in the collection of primary data” on terrorism, it says researchers needed to improve their empirical research bases using court records and reports as well as terrorist websites.

It also calls for terrorism studies to be broadened beyond Islamic terrorism.

“Violent extremism is expressed through a multiplicity of forms and guises and so there is an urgent need to expand the research gaze beyond Islamism and Muslim communities to the broader phenomenon.

“For instance, in the various terrorist-related cases heard in Australia it is worth noting that at least one of these case (a Tamil Tiger case) was not related to Islam, Muslim extremism or jihadist networks.

“Thus, there is no reason to ignore that other ideological, ethnic or religious groups may also pose a threat to Australia’s national security.”