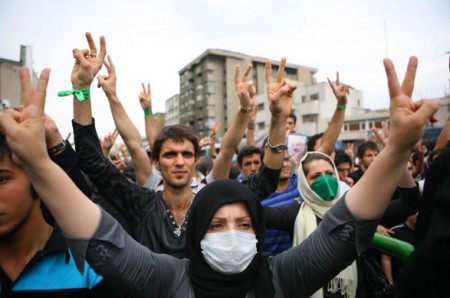 Academia is a good analogy to keep in mind for discussing religious authority in Islam because it is sometimes scholars who operate solely in academic institutions that have just as much (if not more) authority than those scholars who are appointed to religious authority positions within the state. Top scholars in the Azhar University in Cairo, for example, have no state-appointed positions as muftis, but the words of the more renowned among them are taken very seriously by Muslims inside and outside of Egypt. Ramadan al-Bouti, who has no official state position, but is affiliated with the University of Damascus, is an individual who teaches not at a seminary-like institution akin to the Azhar. Yet owing to his training at the hands of noted Muslim scholars in the scholastic Islamic sciences, and his writings and non-university lessons, he has gained a significant amount of prominence in Syria, the Arab world and globally, including with many Muslim American communities.

The political spheres within which they operate limit all of these authorities, however. This is something that Muslims inside and outside of the region have known for a long time: that they cannot expect religious authorities to speak completely freely about all sorts of issues, as, if they did, they might be perceived as threatening the state. Once that occurs, their contribution to education ends, then and there.

That has changed somewhat in the last few months. It’s easy to see why: The Arab Spring has given new hope, new possibilities and new potentials to the people of the region. Inspired as they were by notions of freedom and dignity, they expected their moral leaders (i.e., their religious leaders) to stand by them and be clear that Islam demanded such things for people everywhere. The people on the street had made the choice to stand up to Ben Ali, Mubarak, Gaddafi and so on – their religious scholars were expected to do the same.

It worked out that way in some circumstances. I was in Tahrir Square early in the day on the now infamous “Day of the Camel,” when regime thugs sent in camels to break up the protest. In the early afternoon, I filmed a group of Azhari graduates and scholars who were there to express their complete integration into the protest movement, and who were clearly in support of the protestors demand that Hosni Mubarak had to step down. The Association of Azhar Ulama issued a statement where they opined that participation in the protests was a communal responsibility, i.e., if a group of Muslims participated, then this was sufficient; but if no group did so, then the entire community of Muslims would be considered in a state of sin. More than one group, obviously, participated — and not only Muslims.

Within the Islamic tradition, there is an imperative that calls for “giving someone the benefit of the doubt,” which is incorporated within the ethical principle of husn al-dhann. Prior to the revolution, many religious figures, despite being clearly parts of the state machinery, might have been thought of very well by people at large, even while others were not. Many religious functionaries are often derided as corrupt and entirely objectionable as regime “yes-men” — but some were not. If that were the case prior to the revolution, its quite likely people would give them the benefit of the doubt after it. By and large, such religious figures could have expected, and did actually get, “the benefit of the doubt’ with regards to their sincerity, even while many might have generally questioned these scholars’ empirical readings of the situation. To put it another way, many might have thought these figures were wrong, but they did not think such figures were necessarily corrupt or were thinking of personal gain over the welfare of the Egyptian people. One of these figures, after the uprising was asked about his stance during the uprising on a televsion show — and he said, bluntly, that he had tried to contact Mubarak, had been rebuffed and had feared what eventually happened in Libya (bloodshed and essentially internal war) might happen to Egypt — he, like many, did not expect that the army would step in and force Mubarak out of office, thus bringing the uprising to a peaceful end.

There will always be those who will be disappointed in that kind of non-revolutionary standpoint, and all of this teaches a great deal about how religious authority can or cannot shift through time. The future of religious authority is unclear in Egypt. Much of it will invariably revolved around the new standards that Egyptians have. To put it simply, many will judge the authenticity of authority to be directly proportional to the positive response they had to the uprising (and by extension, the revolution). If that is the case, then many other religious authorities will be put in the dock of public opinion — both today as well as historically — but there will not be a shortage of religious authorities who will meet that litmus test as well.