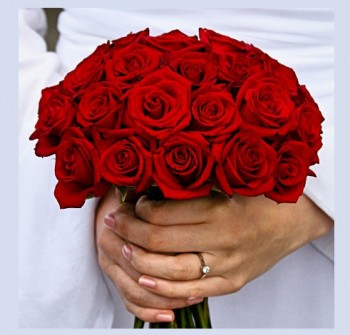 To every sister who has been outraged by misogyny, this article is for you. Let me begin with the example of our Mother Khadijah bint Khuwaylid (may Allah be pleased with her), the beloved of Allah’s Beloved (peace and blessings be upon him).

Khadijah bint Khuwaylid (may Allah be pleased with her) was the foremost woman from the noble tribe of Quraysh. Not only was she a woman of wealth, nobility and beauty, she was also known as At-Tahira, or The Pure One. She excelled in virtue as she did in business acumen; the profits from her trade caravans equalled the rest of the Quraysh. SubhanAllah!

Khadijah bint Khuwaylid (may Allah be pleased with her) lived in a time similar to us. She lived in a time where many women were dishonoured by their menfolk. Her father, a righteous and noble trader, protected her from harm by choosing her first husband. Even after her first husband’s death, she accepted her father’s choice for her second husband, out of love and deference for her father. However, after she was widowed a second time, her father had also passed away, and as a result, she was very discerning about the proposals that came her way.

Someone of her rank received many, many proposals from the elite of the Quraysh, yet she turned them all down. Would you accuse her of being superficial? The people of Mecca watched her turn down one suitor after another, and they would wonder who would win the heart of Khadijah, the noblest of all women. She turned down these good men, by the Decree of Allah Most High, so that she would marry the best of all men, Prophet Muhammed (peace and blessings be upon him).

Sisters, be empowered by the example of our Mother Khadijah. She was a very discerning woman who knew her worth. She was already fulfilled and happy with her different roles in life. She didn’t settle for the first proposal that came her way out fear or desperation. Allah knew the goodness in her, and He inclined her heart only when His Beloved Prophet (peace and blessings be upon him) entered her life.

Sisters, don’t let anyone take your light away. You glow with the beauty of belief in Allah Most High, and with the love of His Prophet (peace and blessings be upon him). Remember that we were created for Him, and if any of His creation makes you feel afraid and inadequate, turn to the Creator. Know that He listens, and He will take to task the ones who made you weep.

See the good already inside you. Eleanor Roosevelt once said, “No one can make you feel inferior without your consent.” You are already good enough, as you are, and you don’t need anyone else to complete you. Hungry people make bad shoppers! And if we insist on shelf-life examples, there’s plenty of mouldy goods out there. However, keep hope alive, because Allah promises the good for the good. Moral of the story? Be one of the good! Nurture your own self-worth, draw closer to Allah, ask Him to bring you what is best, and know that you are already under His Divine Concern. Marriage to the right person is a slice of Jannah on this earth, so have high hopes in Allah’s Generosity, and take comfort in knowing that nothing is difficult for Allah Most High.