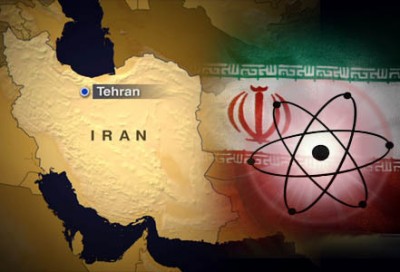 The second international conference on nuclear disarmament hosted by Tehran gets barely a mention in the Western media, despite featuring delegates from 40 nations as well as representatives from both the United Nations and its nuclear watchdog, the International Atomic Energy Agency (IAEA).

“What we want to convey is a message to the entire world that Iran is trying its best for this argument for non-proliferation,” Iranian Foreign Minister Ali Akbar Salehi told the audience in an opening address on Sunday. Forty years of non-proliferation conventions had produced no significant breakthrough in nuclear disarmament and the nuclear powers have not implemented their obligation under the nuclear Non-Proliferation Treaty (NPT), he said, adding that Iran believed that the use of atomic weapons should be legally banned, as chemical and biological weapons were through mandatory conventions, he said.

As Iran gears up to assume leadership of the Non-Aligned Movement (NAM) next year, such an initiative represents a step in the right direction, in light of the NAM countries’ strong misgivings about nuclear double standards on the part of Western countries and the growing restrictions on the transfer of nuclear technology for peaceful purposes, pursuant to articles of the NPT.

As expected, some Western pundits, such as David Frum, the man behind George W Bush’s notorious “axis of evil” speech, cast a cynical gaze at the Tehran disarmament conference, describing it as a “theater of the absurd”.

What seems more absurd to many is the simple fact that with the tens of thousands of nuclear warheads still in existence presenting a calamitous potential for human existence and planetary survival, so little attention has been placed in the West on practical mechanisms to achieve the lofty objective of a “world without nuclear weapons”.

Pre-conference talk for adopting a new convention on disarmament did not materialize. Still, the gathering helped serve a purpose in terms of what Salehi has described as cultivating a “popular disarmament culture”. That is a bigger step than ritual conferences on disarmament in the West, which have been empty talking shops; for example, on a fissile material cut-off treaty that is no closer to being adopted today than when it was put on the agenda more than two decades ago.

One major problem with moving toward disarmament, as articulated in the NPT review conference’s “13 practical steps”, is that such practical measures are nipped in the bud by the parallel arms control steps that are often misunderstood as incremental disarmament.

They are not, as reflected in the latest “new start” US-Russia agreement. While the agreement reduces the two countries’ active stockpile, at the same time it stabilizes the rough parity in terms of nuclear weapons capability and, what is more, leaves tactical nuclear weapons – hundreds of which are stationed on European soil – out of equation.

Nor does the agreement specifically call for the destruction of a single warhead. Instead, such arms control agreements have simply enlarged the “second tier” stockpile of decommissioned warheads that still pose a threat to humanity.

Focusing on the faulty nuclear doctrine of the US and other nuclear powers, such as France and the United Kingdom, that rely on nuclear arsenals to punch hard power relevant to their foreign policy objectives, the Tehran conference gave the Iranian hosts an opportunity to throw the limelight on Israel’s clandestine nuclear arsenal, its refusal to join the NPT and its lack of support for a Middle East nuclear weapons-free zone – an idea fully endorsed by Iran.

The international community should push Israel to join the NPT and accept IAEA inspections at its nuclear facilities, Salehi said. He also described the United States as the major violator of the NPT, saying its active role in spreading nuclear weapons was incongruous with its advocacy of non-proliferation.

These remarks were followed on Wednesday with the news that Iranian President Mahmud Ahmadinejad had once again expressed readiness for talks over Tehran’s nuclear program.

”The president of the Islamic Republic of Iran has once again announced Iran’s readiness to [resolve] our country’s nuclear issue through negotiations with the P5+1 [the five permanent members of the UN Security Council plus Germany],” he told reporters in Tehran. He also reiterated, ”Iran has always had very good cooperation with the [International Atomic Energy] Agency” and this was proof of the ”peaceful” nature of its nuclear program.

Coinciding with fresh reports in the US regarding the absence of any evidence that Iran is building nuclear weapons, the Tehran conference was important in further integrating Iran in the global disarmament movement, in tandem with the prescient insight of the late French philosopher Michel Foucault, who once described the Islamic revolution of 1979 as destined to “bear the weight of the entire world order.”

Foucault’s unique insight, yet to be fully understood by the majority of “Iran experts” in the West who typically pen about “Iran after possessing the bomb”, provides a good prism through which to analyze Iran’s self-imposed disarmament responsibility. The historic revolution has given the post-revolutionary state a transnational and “quasi-state” character that is thoroughly cosmopolitan along the lines of a (Edmund) Husserlian “world disclosing subjectivity”.

Following this line of thought, the outlines of Iran’s ”borderline” nuclear policy, which allows Tehran to insert itself in the global “nuclear game” and thus exert pressure on the nuclear haves to move toward disarmament and avoid proliferation activities, can be understood. In essence, this stems from a globalist view that combines strictly national security considerations within a larger net of regional and global security, that in turn mandates Iran to take a nuclear activist role.

Without the potential capability as a proto-nuclear power, Iran cannot possibly play this role on the global scene, otherwise it will be ignored as totally irrelevant. In other words, the protean value, for the sake of disarmament objectives, of Iran’s latent nuclear potential and/or threat has completely bypassed Western pundits who specialize on Iran and who often reduce Iran’s nuclear ambitions to a mere issue of national security. Their erroneous interpretations stem from a basic misunderstanding of the globalist motivations of Iran’s “quasi-state” that are not reducible to the narrow prism of national interests.

From the point of view of the NAM and its disarmament priority, Iran’s “borderline” approach makes perfect sense, given keen awareness of the complex threads connecting counter-proliferation to disarmament and the rather egregious failure of the NPT to achieve a significant breakthrough on disarmament, as stipulated in Article VI.

The Tehran disarmament conference reflects an apt move in ongoing Iranian nuclear chessmanship that is inherently tied to Iran’s globalized mission, to increasingly play a proactive role in the global disarmament movement irrespective of the external pressures confronting its nuclear program.

Over time, this is bound to present a genuine, albeit secondary, impediment to the proliferation activities of countries that possess nuclear weapons, reflecting a virtuous disposition as a cosmopolitan regional power that exceeds the limits that the major powers assign to it. Those powers may have flung sanction nets at Iran over its nuclear program’s supposed sinister intentions, but the irony is that Iran is now able to play an increasingly vocal role in holding those powers back from the flight of responsibility vis-a-vis their NPT obligations to disarm.