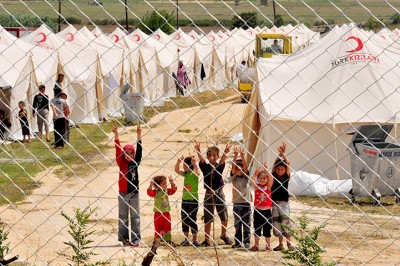 Journalists, analysts, and policymakers have struggled to separate truth from fiction as the political situation in Syria steadily deteriorates. The lack of accurate, credible information has mired the Syrian situation beneath a fog of war that has complicated the world’s understanding of the regime, its opposition, and the realities behind the uprising’s latest developments.

As the uprising nears its fourth month, President Bashar Al-Assad’s troops have continued to battle surging demonstrators across the state, scrambling to ensure that protests remain outside of the pivotal central cities of Aleppo and Damascus. The military crackdown, arrests, tortures, and sieges have been accompanied by a state-wide media blackout, ensuring that news organisations have highly limited resources within Syria.

Many news outlets, including most major Western news organisations and prominent Arab stations like Al Jazeera and Al-Arabiyya, have been highly reliant on amateur and unaffiliated inside sources, hastily recorded mobile videos, or eyewitness accounts.

Though some such accounts have been pivotal in broadcasting the government’s siege of Dara’a, or demonstrating the brutality of Syrian troops against their own civilians, it has also led to a great deal of confusion, obfuscation, and downright manipulation of facts, on both sides of the political divide.

Last week, Syria’s Ambassador to France, Lamia Shakkur, appeared to publicly resign on a French television show, in protest of the brutal policies of her government. Speaking on France 24, Shakkur denounced the “cycle of violence” and claimed to “recognise the legitimacy of the people’s demands for more democracy and freedom.”

Reuters confirmed the resignation with an embassy source, but, by the time the story had crossed the globe, a different television station was invited to the embassy to hear Shakkur claim to have no knowledge of the resignation and reiterate her support for the Assad regime.

An even more dramatic example centred on a popular blog titled “A Gay Girl in Damascus,” ostensibly written by Amina Arraf, a Syrian American lesbian living in Damascus. Amina’s updates on the ground in Syria, and her reflections on the political situation quickly became an important source of information on daily life during the uprising in Syria.

The blog captured the world’s attention when a post by the blog owner’s “cousin” claimed that Amina had been arrested by the Syrian police and had disappeared.

News of the abduction spread quickly, and a number of media outlets, politicians, and government agencies began to get involved, until the revelation that “Amina Arraf” was in fact a 40-year-old U.S. citizen from Georgia named Tom MacMaster.

MacMaster admitted to fabricating the identity of Amina Arraf and apologised for having “compromised the safety of real people” and for the ways in which he may “have helped lend credence to the lies of the regime”.

The reaction to this revelation has been quick and furious, particularly from supporters of the Syrian opposition who bemoaned the loss of credibility MacMaster’s actions would doubtless create.

As’ad Abu-Khalil, professor at the University of California at Stanislaus and owner of the popular Angry Arab News Service blog, complained that “Macmaster damaged the efforts of well-meaning and sincere Syrian dissidents” and argued that he “should not only apologize to the readers of the blog: he owes a bigger apology to the people of the Middle East and to gays and lesbians in the region”. 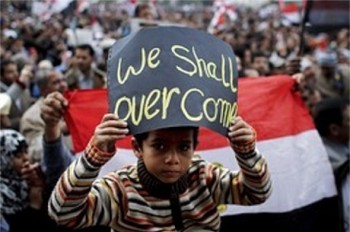 Disinformation has been emanating heavily from the Syrian government and its supporters as well. A recent online exposé by Syrian opposition members has identified a number of factual inaccuracies and outright falsifications in the Saudi Arabian paper Al-Sharq Al- Awsat, which used pictures from a German research study to fabricate Syrian identities.

Beyond its deliberate campaigns of misinformation, the actions of the Syrian regime itself remain veiled from public view. Speculation abounds about the true political authority behind the crackdowns, with many prominent analysts presuming that Bashar Al-Assad has been sidelined by hardliners such as Muhammad Makhluf, father of wealthy businessman Rami Makhluf, and Maher Al-Assad, brother of the president and commander of the fearsome Republican Guard.

The nature and disposition of the opposition itself are also cause for much speculation. Allegations of disproportionate influence have been levelled at the Muslim Brotherhood, neighbouring states, expatriate Syrians, and tribal leaders.

The competing accusations often overlap, as in last Friday’s protests, dubbed the “Day of the Clans.” Abu-Khalil has speculated that the role of tribal leaders in Friday’s protest had been buttressed by the support of the Brotherhood, through financing from Saudi Arabia.

Meanwhile, the first large-scale army defections appear to have taken place in Jisr Al-Shughour, a small northern city near the Turkish border.

The Syrian government has claimed that “120 security forces and civilians” were killed by “armed gangs”, but eyewitness accounts claim that an army unit ordered to fire on protestors had decided to join the opposition instead, prompting a large-scale invasion of the district and forcing approximately 7,000 Syrians to flee across the border to neighbouring Turkey.

Violence has also spread to the province of Aleppo, the country’s second biggest city. The neighbouring province of Idlib is quickly rising to be the next hot spot, and events in Jisr al-Shughour seem to have convinced both sides that the creation of an armed rebel force may be a possibility, though a distant one as yet.

Joshua Landis, a Syria expert at the University of Oklahoma and owner of the popular and well-respected blog Syria Comment, claims that the ferocity of the Idlib crackdown is due to fear that “Damascus will do everything it can to preclude the formation of a Benghazi, which would allow foreign intelligence agencies and governments to begin arming and training a rebel army, as happened in Libya.”

As the protests begin to creep toward more urban areas, many eyes are on the main cities of Aleppo and Damascus, which had been largely quiet since the beginning of the uprising. A number of commentators have noted that the opposition cannot hope to win without the support of the major metropolitan centres, which have been pivotal uprisings in Egypt, Tunisia, Libya, Yemen, and Bahrain.

The absence of credible information has severely constrained Washington’s response to the situation. In a White House conference call earlier this morning, Middle East Advisor Steve Simon admitted that the administration has “no idea how this thing is going to play out, but we’re hoping that a process does begin” for political transformation.

The administration remains optimistic that the outcome will be favourable. Simon added that a coalesced and credible opposition “appears to be beginning”, and expressed a willingness to “work with whatever opposition matures and whatever alternative government ultimately replaces the current government.”