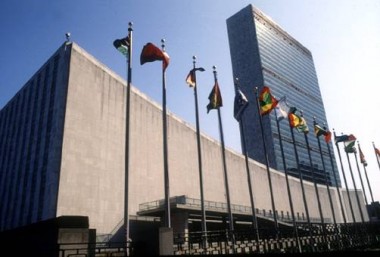 “With Canadians being periodically subjected to ill-informed, ignorant, Islamophobic and downright racist rants by invited bigots to Canada who presume to lecture us on the evils of Islam, we should look instead to those with the intelligence and the moral fortitude to critically understand the message of Islam, a message whose core is about peace with justice and human equality.”

Noah Feldman in his book “After Jihad: America and the Struggle for Islamic Democracy,” comments on the universality of the Qur’anic approach to human existence. He writes:

“Islam is a global religion.  Its followers constitute one of the world’s largest religious communities. They are of every ethnic group and inhabit every type of geographical region. The religion’s historical success as a universal religion arises in part from the simplicity of its message and its ability to make itself relevant to different times and peoples. Islam constitutes a ‘mobile idea’ because it can be easily understood anywhere and is flexible enough to come together ‘in intriguing ways to produce unanticipated new configurations’.” (Feldman 2003, 11-12)

In fact, it was more than 1400 years ago that Islam introduced to the world a new concept of the unity of the human — not just that of specific nations. The Islamic idea, writes M. Ali, “welded together nations which had warred with one another since the world began. It was not only in Arabia, among the ever bickering tribes of a single peninsula, that this great miracle … was wrought.” (Ali 1973, 7-8)

Speaking of Arabia, the same author adds: “It was among these people that Prophet Muhammad was born who was to unite the whole known world of the east and south.” (Ali 1973, 7-8) Islam laid the basis of a unification of humanity to which no other religion can lay claim, by eliminating differences of colour, race, language, geographical boundaries, even of culture. “All men [people] are a single nation.” (Ali, Qur’an 2:123)

Islam’s universality, or global view of humanity, is based on the concept of Tawhid – the singularity of God, “who knows the secrets of the heavens and earth and the secrets of the [collective] minds.” (Asad, Qur’an 35:38) The importance of Tawhid, the apex of Islam, lies in its view of creation. All creation shares a common source in God, as well as a common origin (the single self) and a common purpose – that humans serve as God’s vicegerents on earth. Thus, the foundational unity of creation comprises different parts living in harmonious order with the whole and embodying universal concepts, ethical and moral laws, ordinances and rules, all of which relate to every form of existence in this one unified and comprehensive pattern.

Perhaps the most important test of Tawhid is in terms of its capacity for generating a guiding model, or the system of Islam, an alternative course of action. It engages the full participation of each interconnected and interdependent human being in a community-oriented way of life that embraces diversity, pluralism, spirituality, altruism and selflessness. Because unity offers an alternative perception of personhood, it also invites alternative modes of action and behaviour, enabling human beings to live together more peacefully within their families, communities, societies and even entire nations, as opposed to striving for control over one another.

Thus, the precepts of Tawhid provide the guidance and resources for dealing with some of the most difficult and intractable social problems that still confront humanity today. In order to explore this area however, I must first examine the Islamic social order itself and define its foundational concepts, general rules, principles, and laws, as well as critically examine their application in everyday life.  The fundamental question of our times is: does this system of Islam have the potential to renew itself and adequately respond to circumstances that are different in varying degrees from those in which it was born and matured? A response to this question – one that is both rhetorical and pragmatic – is offered by J.H. Denison:

“In the fifth and sixth centuries the civilized world stood on the verge of chaos … It seemed then that the great civilization which it had taken four thousand years to construct was on the verge of disintegration, and that [humankind] was likely to return to that condition of barbarism where every tribe and sect was against the next and law and order were unknown… The old tribal sanctions had lost their power… The new sanctions created by Christianity were working division and destruction instead of unity and order… Civilization like a gigantic tree whose foliage had over-reached the world… stood tottering… rotted to the core… Was there any emotional culture that could be brought in to gather [humankind] once more into unity and to save civilization? It was among these people that the man (Muhammad) was born who was to unite the whole known world of the east and south.” (Denison 1928, 265-268)

In “Whither Islam,” H.A.R. Gibb expands on that theme of uniting people from different races and ethnicities in a status of shared equality, asserting that “Islam has still the power to reconcile apparently irreconcilable elements of race and tradition.” (Gibb 1932, 379)

“But Islam has yet further service to render to the cause of humanity… No other society has such a record of success in uniting in an equality of status, of opportunity, and endeavour, so many and so various races … The great Muslim communities of Africa, Indonesia, and India; perhaps, also the small Muslim community of Japan, show that Islam has still the power to reconcile apparently irreconcilable elements of race and tradition. If ever the opposition of the great societies of the East and the West is to be replaced by cooperation, the mediation of Islam is an indispensable condition.” (Gibb 1932, 379)

With Canadians being periodically subjected to ill-informed, ignorant, Islamophobic and downright racist rants by invited bigots to Canada who presume to lecture us on the evils of Islam, we should look instead to those with the intelligence and the moral fortitude to critically understand the message of Islam, a message whose core is about peace with justice and human equality.  This message is so clear and simple that its power escapes the twisted and perverted mind of those who simply cannot fathom the universality of the Qur’an that was so eloquently understood by Feldman, Denison and Gibbs.

“We have sent down to you the Book explaining all things, a guidance, a mercy and glad tidings to those who have submitted themselves to God.” (Ali, Qur’an 16:89)  “For indeed, many facets have We given in this Qur’an to every kind of lesson [designed] for [the benefit of] humankind!” (Asad, Qur’an 17:89)