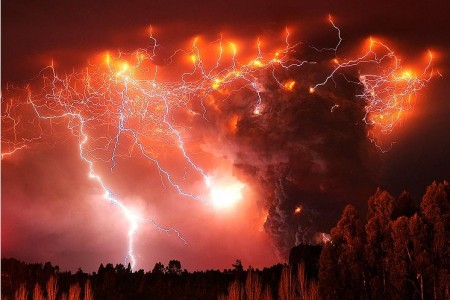 A thick plume of ash from the erupting Puyehue volcano in the Andes shifted direction into Chile on Sunday after spewing volcanic dust over parts of Argentina.

North-westerly winds pushed the giant column of ash from the Chilean volcano, located 870km south of the capital Santiago near the border with Argentina, into Chile’s Lago Ranco area.

The eruption forced some 3,500 people to be evacuated from 22 rural Chilean communities. 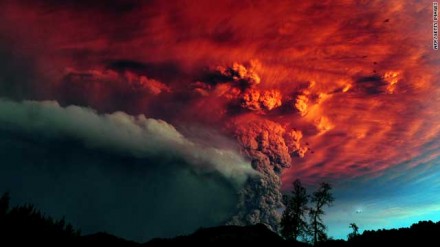 “This change means that we will have ash falling in the area, with damage to the population and a threat to small farmers,” Lago Ranco Mayor Santiago Rosas told AFP.

The volcano, located in the Andes 2,240m above the sea level, appeared to have largely gone quiet on Sunday, though Chile’s Office of National Emergencies (ONEMI) said it was experiencing a “moderate” level of erupting.

The Puyehue rumbled to life on Saturday after showing no activity since 1960, when it was awoken following a magnitude 9.5 earthquake.

“There are some people, especially heads of family, that have decided to stay home and take a risk. The government, for the time being, will not interfere in that individual decision,” said the regional governor in Chile, Juan Andres Varas.

The eruption forced the nearby Argentine resort town of Bariloche, population 50,000, to declare a state of emergency on Saturday and close down its airport.

The eruption also forced a major border crossing point to close due to low visibility, an dropped ash on the upscale Argentine resort town of Villa La Angostura. Bariloche, located about 100km east of the volcano, had covered in a sooty blanket of several centimetres thick and remained under a state of emergency.

The picturesque town, as well as others in the vicinity affected by the ash, welcomes thousands of foreign tourists each year to its lakes and mountain scenery, as well as ski slopes in the winter months.

Chile has some 3,000 volcanoes, of which some 500 are geologically active and 60 have erupted in the past half century.

In 2008 the eruption of the Chaiten volcano, also in southern Chile, spread a thick cloud of ash across a large swath of South America, grounding flights across the region. Ash from that eruption drifted east as far as the Argentine capital of Buenos Aires. 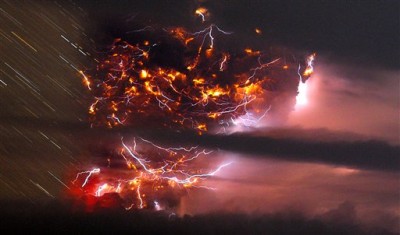