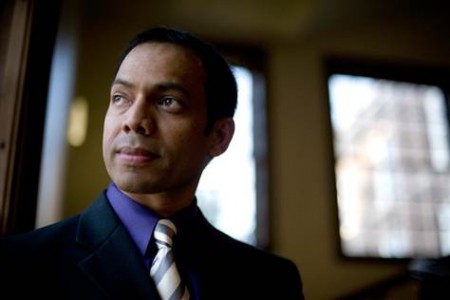 “Rais Bhuiyan, shot in the face by Mark Stroman in a shooting rampage motivated by the 9/11 attacks, is now leading the effort to prevent his attacker from being executed next month in Texas. He cites his Muslim faith as a key reason for his campaign for a commutation of Storman’s death sentence.”

Days after the 9/11 terror attacks, 31-year old labourer Mark Stroman went on a shooting spree in the Dallas area. In a drug-fuelled mission of revenge, he killed two South Asian immigrants and shot another — Rais Bhuiyan — in the face at close range, blinding him in one eye.

Shortly after his arrest, Stroman boasted of his role as “Arab Slayer.”

Now, as Stroman faces imminent execution in Texas, an unlikely champion is fighting to save his life: Bhuiyan, who spent years recovering from the wounds he suffered in the attack.

“I’ve had many years to grow spiritually,” said Bhuiyan, a Muslim who emigrated to the U.S. from Bangladesh and now works as technology professional in Dallas. “I’m trying to do my best not to allow the loss of another human life. I’ll knock on every door possible.”

Bhuiyan began collecting signatures late last year on a petition asking the Texas Board of Pardons and Paroles to commute Stroman’s death penalty sentence to life in prison without parole through his website “World without Hate.” Now he is working systematically through legal and political channels save Stroman’s life.

“I’m getting a lot of support from all over the world … even my home country, where the Internet is a luxury,” Bhuiyan said.

Among those supporting his cause are some relatives of the two victims who were killed.

The odds are stacked against Stroman, 41, who is held in the Texas State Penitentiary at Huntsville, where he is scheduled to be executed on July 20.

The seven-member Texas Board of Pardons and Paroles holds the power to recommend a commutation to the governor, but it has only done so in one death penalty case since December 2000, when the current Gov. Rick Perry took office. That recommendation was denied by Perry.

During his administration, 229 death row inmates have been executed — far more than the 152 put to death during predecessor George W. Bush’s term or the 92 executed while Ann Richards occupied the governor’s mansion — a record at the time. Nor has Perry exercised his power to grant a one-time 30-day stay of execution.

Even when immense public pressure has been brought to bear — as was the case before convicted murderer Karla Faye Tucker was put to death — the board has not bent. Tucker became an international cause celebre because of her gender and her widely publicized conversion to Christianity while in prison. She was put to death by lethal injection at Huntsville on Feb. 3, 1998, the first woman to be executed in the United States in 14 years.

“If (clemency) happens in this case (Stroman’s), it would be unprecedented,” said Rick Halperin, who teaches history and runs the Centre for Human Rights at Southern Methodist University in Dallas. “If, in fact, the ears, hearts and minds of the parole board and possibly the governor can be persuaded to spare a life, it would be quite a gesture. I would like to say there is a precedent for it in this state, but there isn’t.”

But for a victim to come forward in a capital case to seek leniency for the condemned is so unusual that Stromon’s defense attorney Lydia Brandt is hopeful that the outcome could be different this time.

“What makes this unique is that we have a victim coming forward and asking the board for clemency,” said Brandt. “This isn’t just lawyers seeking clemency.”

In addition to Bhuiyan’s public appeal, Brandt says at least one of the other victims’ relatives has agreed to give a statement to the court, but will ask that his or her name be kept out of the public record.

Even if the board of pardons is not persuaded by Bhuiyan’s plea, Brandt plans to bring his call for mercy to state courts as mitigating evidence that was not heard during Stroman’s 2002 trial.

Bhuiyan now recalls that as a new immigrant to the country, only 26 at the time, he was in a state of paralysis, thinking only about how he would survive. He had little understanding of the legal system, and had no idea how the trial would play out.

“In death penalty practice, the jury is allowed to consider mitigating evidence, which can be virtually anything like good character, abuse as a child, drug and alcohol addiction,” said Brandt. “We could go back to the court… and say this is evidence that the jury was not allowed to hear.”

In addition, she will argue that Stroman was mentally impaired and delusional at the time of the shootings — evidence that was not presented in the guilt-innocence phase of his trial.

The basic facts of Stroman’s crime are not in question. He shot all three of his victims while they were working at convenience stores. The crime for which Stroman was convicted of capital murder was the shooting death of Indian immigrant Vasudev Patel in Mesquite, Texas on Oct. 4, 2001. 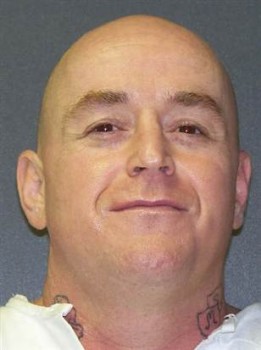 Stroman was charged but not tried for the killing of Waqar Hasan, a Pakistani immigrant on Sept. 15, 2001in Dallas.

Five days later, he walked into the Dallas gas station and store where Bhuiyan was working. Instead of robbing the store, as Bhuiyan expected, Stroman asked where he was from, and then shot him in the face with a shotgun from 4 to 5 feet away.

At trial, the prosecution used a video surveillance tape to prove the murder of Patel was robbery-gone-wrong, making it a capital crime punishable by death.

Stroman had previous convictions for burglary, robbery, theft and credit card abuse for which he was sentenced to prison twice, and paroled in both cases, most recently in 1991.

Brandt has testimony from experts who say that Stroman’s childhood history of trauma from neglect and abuse and a long-running methamphetamine addiction rendered him mentally impaired and delusional when he committed these crimes, and thus not in a “condition of mind” to be convicted for capital crime.

They point to Stroman’s initial descriptions of what he was doing as evidence of his delusion — that he was personally avenging the 9/11 attacks on the United States. Stroman was on a long meth “run” when he went on the shooting spree and had been consumed by watching TV coverage in the aftermath of the 9/11 attacks, according to testimony at his trial.

In a letter to a friend from prison in 2002, Stroman bragged of the shootings in rhyme, saying he carried them out as revenge for the attacks by Muslim extremists: “Here sits the Arab Slayer. For what he did, we should make him our mayor,” he wrote. “… Patriotic, yes indeed, a true American, a special breed.”

According to Brandt: “The conduct is consistent with the continuing delusion of Mark over what the terrorists had done, his perception that Patel was a terrorist, and no one in our government would act, so he felt compelled to.”

Stroman has since expressed remorse and admitted wrongdoing.

“I cannot tell you that I am an innocent man. I am not asking you to feel sorry for me and I won’t hide the truth,” he wrote on an undated webpage. “I am a human being and made a terrible mistake out of love, grief and anger, and believe me I am paying for it every single minute of the day and it haunts me in my sleep as well.”

“Forgiving… is not enough”

Bhuiyan, who is now a U.S. citizen, says he actually forgave Stroman long ago, but only recently realised that his faith called him to do more.

His transformation started within days of the shooting, he said, when he was still bleeding heavily and didn’t know if he would live.

“I was in the hospital praying,” he says. “I promised that if I survived I would give my life to mankind.”

Bhuiyan’s physical and emotional recovery took years. He had a series of surgeries to save his eye — though he lost his vision on that side — and to reconstruct his face, now nearly restored except for the shotgun pellets that remains lodged under his skin. Remarkably, he suffered no brain damage. 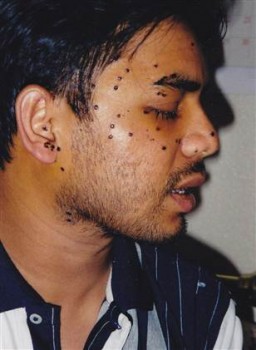 By the time Bhuiyan had fully recovered from his injuries in 2007, he had lost his fiancé because his planned return to Bangladesh to get married had been delayed for years.

In the meantime, he said he delved more deeply into the teachings of the Quran, which led him to forgive Stroman. “In Islam, forgiveness is the best policy,” he said. “This is the real Islam, the true message.”

But it took time for him to conclude that forgiveness was not enough.

“For several years, I was simply struggling to survive in this country where I did not have any of my family members,” said Bhuiyan. “(But) I had plenty of time to grow spiritually, and by seeing lot of killings and hate crimes all over the world … it helped me to realise that hate does not bring lasting solution to any situation.

“When I felt I was able to help others, I started thinking about doing something for Mark Stroman. I realised forgiving him is not enough. I must do the best I can to save his life.”

Last year, Bhuiyan started the website dedicated to the commutation of Stroman’s sentence to life without parole.

He went to consult the imam of a large mosque in Richardson, Texas, where he says he was reassured and encouraged to go forward with his mission.

Then he sought out SMU professor Halperin, who helped him circulate the appeal for Stroman more broadly and develop a more systematic approach to his campaign to spare Stroman, setting up meetings with the defence attorney, local journalists and key players on the prosecution.

“He was firmly convinced that he wanted (to work on Stroman’s behalf), but he didn’t know how to go about doing it,” Halperin said.

Bhuiyan, who has a B.A. in aeronautics, now plans to start over, studying journalism and human rights at SMU.

“He wants to become more aware and active on a broader range of human rights issues,” Halperin said. “But this is his major cause and issue at the moment.”

It may be a nearly futile cause, but Bhuiyan said he remains hopeful.

“It may not have happened in the past, but maybe it could be a first case,” he said.

The visit, if approved, could turn out to be one of Stroman’s last.

“I can only do my part,” Bhuiyan said. “I can’t control the outcome.”