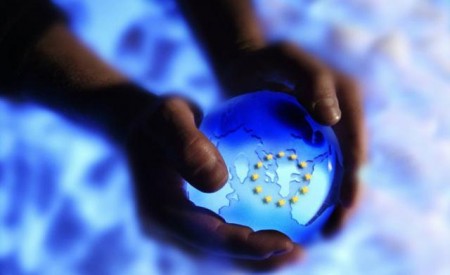 Declaring that there was “no contradiction between Islam and democracy,” political and religious leaders of the European Union have called for more religious tolerance in Europe and its neighboring countries.

“Arab people are liberating themselves,” Mr. Van Rompuy said at a news conference. “These are their revolutions and we have common values.”

The meeting was the second under the Lisbon Treaty, which formalized this open and regular dialogue between the EU and representatives of various religions.

Referring to the “Arab Spring,” Mr. Van Rompuy said: ”These revolutions are not the work of extremists or fanatics. On the contrary, it shows there is no contradiction between Islam and democracy as indeed is the case of the other religions.”

“Expectations of respect are great in the EU, the closest neighbors” to the Arab people, he said.

Christian minorities in the Middle East are facing political and security challenges. They have been targeted in Iraq and forced to flee from Baghdad to Syria, Kurdistan and Europe. The Coptic Christian minority in Egypt is also being targeted by Islamist groups.

EU leaders raised the issue with top Egyptian officials in March, and at the G8 meeting last weekend in Deauville, France.

“Respect of religion is a fundamental right and it will be a test for the rule of law and democracy in Europe as well as in other countries,” Mr. Barroso, the European Commission president, said. He said that Egyptian officials gave a commitment to assure the security of the Copt minority.

The EU is proposing to its neighbors in the south to build a new “Partnership for Democracy and Shared Prosperity,” Mr. Barroso said. “The EU must be on the side of those who aspire to political freedom, social development and justice.”

“This is a matter of values and it is also in the EU’s interest,” he said.

The revolutions in Tunis and in Egypt forced many Europeans to change their readings of the evolving situation in the Arab societies. The two revolutions were not a religious uprising. Young generations took the lead in the events in Tunis and Tahrir Square in Cairo.

The next elections in both countries are strongly expected to test the Islamist parties’ ability to cooperate with the largely secular European countries, among other things.