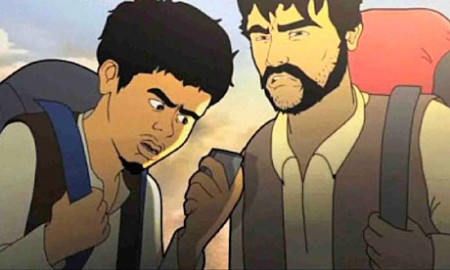 The British Foreign Office has been accused of exposing teenagers to mixed messages over extremism and Islam by pulling a controversial counter-terrorism project halfway through its staggered launch.

The project involved the development of a six-minute animated film, called Wish You Waziristan about two Muslim brothers who travel from east London to terrorist training camps in Pakistan.

The film is based upon a series of true stories about young British Muslims who have trained in camps in Pakistan and become disillusioned and was meant to target young vulnerable teenagers.

However, after a Sunday tabloid highlighted clips released on YouTube as a government-funded initiative, the FCO put the launch of the full film on hold indefinitely. The producers of the video and terrorism experts have warned that this could leave young viewers confused and vulnerable to al-Qaida propaganda.

The company, which was given £33,000 by the FCO for the film, has been uploading snippets of the film onto YouTube during the last week to spark interest. As part of the company’s PR strategy, the clips were meant to give the appearance that the animations might be al-Qaida propaganda for the web generation.

Each clip ends with a message to “join us here” on 29 May, when Bold Creative say they planned to launch the entire animated film on YouTube with its anti-al-Qaida ending.

The video shorts, no longer than half a minute each, have been watched by more than 5,000 people and commented on by more than 250 people.

Comments ranged from the racist to apparent support for terrorism.

One person who posted under the name JCGMich29 wrote: “The native British have surrendered their nation to foreign invaders.”

Another, who went under the name of CopainTV wrote: “Mujahideen, hamas, Al-qassam, Taliban forward!”

Viewers may never see the ending, in which the principal character becomes disillusioned and expresses his regret, after he is arrested, that he followed his older brother into terrorism.

Martin Orton, managing director of Bold Creative, said: “Those clips have the potential to be taken the wrong way. It’s damaging not to have the full message. Because viewers of the clips need the whole truth of the message. The full story is where the education and truth comes in, not through the clips.”

Orton, 38, also defended the company against accusations that it was trivialising terrorism by animating counter-terrorism messages.

He pointed out his company had a track record for tackling difficult subjects such as child poverty and bullying and had won more than a dozen awards including two Baftas for their work.

“We’ve done two years of research and development … and we knew this project would be reasonably controversial. But we needed something controversial to reach far enough into the online world to get young people’s attention. Their attention is very short and it is very hard to cut through all of the noise that’s online,” he said.

“All the way through we got feedback from young people and Muslim men – we don’t make films in isolation. We made it in collaboration with our audience,” Orton added.

The Guardian understands that the FCO had cleared later versions of the film and had been happy for the launch to go ahead, until last Sunday.

Jamie Bartlett, head of the Violence and Extremism programme at the thinktank Demos, who has viewed the full film, believes that the halting of the project was the “worst of both worlds” and could glamorise terrorism.

“I certainly think that now it’s out there it certainly makes sense for the whole story to be out there as well. The fact is that as soon as it is banned, everyone wants to see it.”

“If you take little clips of it out of context and just look at them then it could trivialise it…and it misses the really important point it [the whole video] is trying to make,” Bartlett said.

However Mohammed Shafiq, chief executive of the Ramadhan Foundation, said the film made light of the battle against terrorism. “Making cartoons and movies is not going to stop people from being brainwashed into thinking that you can kill innocent people in a violent way.”

“This is a serious matter and it requires serious engagement with the Muslim community and not artificial initiatives like this,” he said.

An FCO spokesperson acknowledged that the film’s launch had been put on hold. “It wasn’t a finished product from our perspective and no decision had been taken on distribution.”