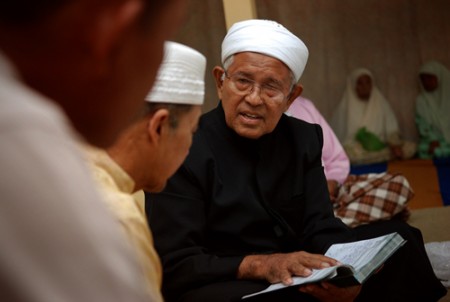 Malaysian society is plagued by rising divorce rates as new statistics show that a Muslim couple gets divorced every 15 minutes, a phenomenon that threatens social cohesion in the growing industrial country.

“They expect people to do everything for them,” Malaysian Shari`ah lawyer Halimatunsa’diah Abu Ahmad, told the Jakarta Post on Friday, May 27.

“They are spoon-fed and expect to be rewarded all the time,” Abu Ahmad added, blaming young couples for failing to understand each other’s obligations.

Though Muslim Malays compromise only 60 per cent of the population, they made up about 82 per cent of total divorces in Malaysia.

Irreconcilable differences, provided by Jakim as one of the top factors for Muslims divorce, included “disrespectful towards spouse, communication problems, selfishness, laziness, unwilling to help and psychological issues.”

The government blames the rising divorce rate on neglect of Islamic teachings.

“If they can’t even perform their five daily prayers, imagine how hard it is for them to carry out their duties and roles as husband and wife,” Mashitah Ibrahim, deputy minister in the Prime Minister’s Department, said last month.

The Facebook social networking site popped up as one of the top reasons for divorce.

“For every five divorce cases I see, two or three will have been caused by Facebook,” the Shari`ah lawyer, Abu Ahmad, said.

“That is where they rekindle their old relationships with their first girlfriend or boyfriend.”

In Islam, marriage is a sacred bond that brings together a man and a woman by virtue of the teachings of the Qur’an and the Sunnah. Each partner in this sacred relationship must treat the other properly and with respect.

Divorce is not at all viewed favourably in Islam and is discouraged unless warranted by valid reasons.

Young couples who went through divorce, had their own reasons, mainly blaming the breakdown of their marriages on the strains of modern life.

“There isn’t any effective communication between spouses, especially when both are working and have children,” said a 40-year-old advertising director, who is divorcing her unfaithful husband after 15 years of marriage.

“They are busy with their own lives and their children’s lives.”

The speedy, tough modern life was making it too hard for young couple to hold onto their marriages.

A 37-year-old business planning manager said his wife asked for a divorce after nine years because he was “too busy with work”.

A similar problem in Singapore was solved after the government managed to reverse the trend of rising divorces by raising the legal age of marriage to 21 from 18.

The number of Muslim divorces in Singapore dropped by 17 per cent over the last five years scoring only 1,626 divorces last year.

Facing the serious social disease, Jakim was planning a campaign to create more awareness on the roles of spouses, parenting skills, family education and how to handle finances.

But some feel the new campaign will not do much.

“Any initiative by the government in the form of education has many advantages,” the 40-year-old art director.

“But I don’t think it has anything to do with religion or faith per se. It’s a society problem.”

Malaysia offers the image of a model Muslim country, heading towards the status of developed nation with huge buildings, beautiful cities and a fast track economy.